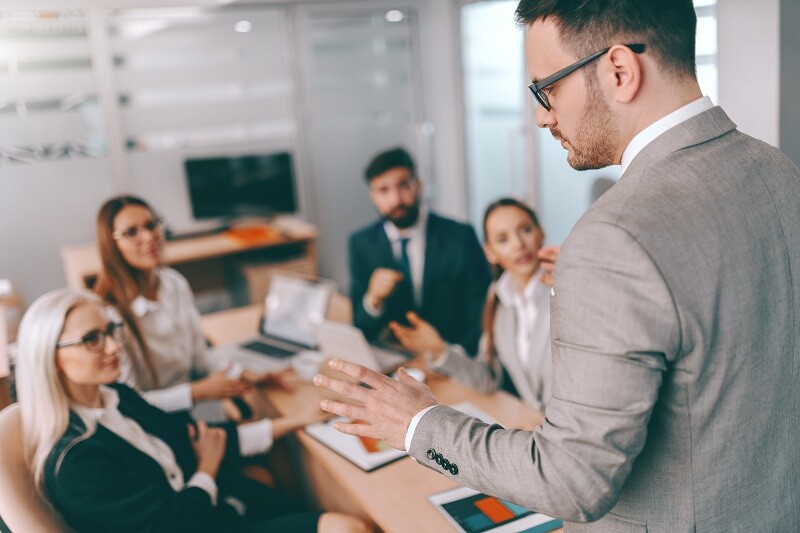 The benefits of coaching are compelling. Not only can it help develop reps and improve their selling skills, but high-performing sales teams tend to have managers who spend more time coaching, as seen in this joint SRG and Selling Power sales management research report. It’s a bit like flossing or going to the gym—we all know we should do it, but for various reasons, it doesn’t happen as often as we might like. So why is that?

We’ve asked this question during numerous webinars and workshops throughout the past 10 years and have collected various reasons that sales managers may not coach:

Reason #1: There Is Limited Time

The most popular response people gave when they were asked about why managers don’t coach is that they don’t have time to do it. Coaching takes time and doesn’t have a “due date.” Often coaching is too easily postponed or rescheduled to complete other time-sensitive management activities. Typically, frontline sales managers have more than 40 hours of work to do each week, and coaching just adds to that workload. Managers tend to get sucked into urgent tasks that aren’t necessarily the most important or strategic.

Remedy: Try offloading, delegating, or pushing back on activities that aren’t a top priority. Schedule time to develop and execute coaching plans, and don’t let other priorities override this critical nature of developing people.

Reason #2: They Don’t Know How to Coach

Many managers were promoted into their positions because they were great salespeople, but that doesn’t mean they have previous management experience or the aptitude to be managers. They’re often left to figure out on their own how to coach and develop their people—and that’s an expensive way to train managers.

Remedy: Implement a sales specific coaching program to develop the manager’s skills around coaching. Execute the coaching activities that will improve the performance of the sales team.

Reason #3: There Is No Consistent Coaching Process

Managers are often reluctant to coach because there hasn’t been a clear process laid out for how to plan, execute, and follow up on coaching. In this context, the word coaching refers to any conversation the manager has with a direct report, as opposed to a systematic process for determining coaching priorities, observing behaviors, and engaging the participant in a meaningful coaching conversation that includes follow-up activities.

Remedy: Ensure coaching training includes a process and structure for how coaching is supposed to happen within that organization. Ensure the program includes coaching tools to support the process.

We see far too many organizations that have implemented coaching training or a coaching initiative, only to see it fall flat six to 12 months after the launch. One reason is that there hasn’t been a clear expectation set regarding how often coaching will occur and what evidence will be used to show that coaching has happened.
Advertisement

Remedy: To establish a successful coaching program, senior leadership needs to set clear expectations and be accountable for coaching execution. This can include some form of evidence (coaching forms, field visit reports, online coaching tool, and so on) about the amount and quality of the coaching that’s occurring.

Finally, a key reason managers don’t coach is that it can be a difficult skill to learn and execute. In the busy and hectic pace of sales, it can be challenging to adopt a “coaching mindset” where the focus is on asking questions, active listening, and assuming best intentions. The manager needs to spend more time listening to the individual’s response and engaging them in the solution instead of just telling them what to do differently, which will help achieve buy-in to the action plan that is co-developed with the rep.

Remedy: Recognize that great coaching is a skill that can be practiced and improved. Scenarios, role-playing, and case studies can be effective in learning the skills in a safe environment instead of practicing on precious employees who have feelings, may get defensive, or resist being “coached.” Once managers have practiced these skills, it becomes easier to coach in the field.

Coaching is a valuable skill that every sales manager should have in their toolkit. By understanding some of the reasons why managers don’t coach, you can take measures to remedy these gaps and improve the frequency and quality of coaching within your organization.

About the Author
Ray Makela

Ray Makela is CEO at the Sales Readiness Group (SRG). He is an author, speaker, and business executive with 25 years of management, consulting, and sales experience. At SRG, Ray oversees all client engagements and the delivery of sales and sales management training programs. He has delivered programs for clients such as Alcon/Novartis, AIG, Sysco, Nielsen, Timken, Follett, Pandora, Ritchie Bros, HERE, Infor, Galderma, and Walmart.