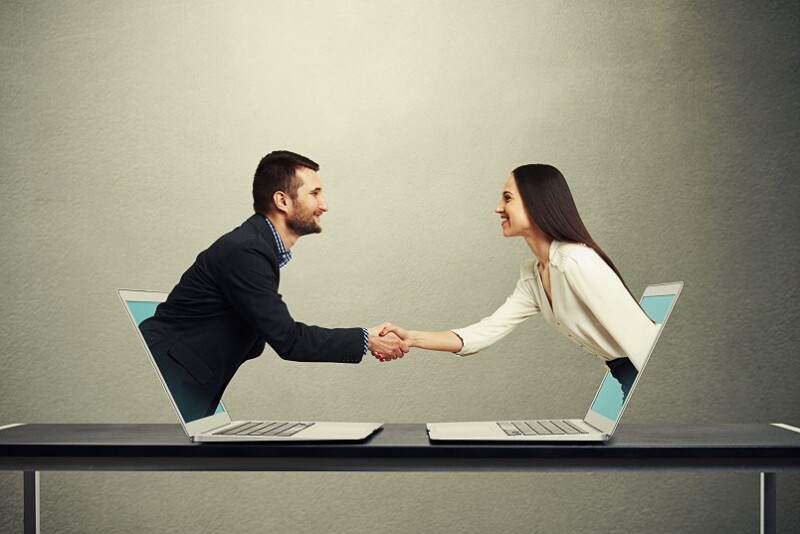 And Then There Were Two: Co-Facilitation on Webinars

Co-facilitating has many benefits for face-to-face sessions and webinars or other virtual meetings. But without an agreed upon plan, co-facilitation can turn into a live mess. Here are some things to consider before your next co-facilitated webinar.

The ideal scenario is for the two facilitators to take turns leading and following. They should seamlessly switch back and forth, but it should always be clear who is the lead facilitator and who is the co-facilitator. There is never a tussle for power. Instead, like a dance, it feels like a planned back-and-forth that appears to build on each facilitator’s expertise. They should also respect each other.

That dance doesn’t just happen. It takes some knowledge, skill, advanced planning, and a little experience. The lead and your co-facilitator should meet in advance, agree on some principles, select a back-channel communication method, practice on the technology for the event, and be clear about when and how you’ll do your pass-offs.

A key principle for facilitators is to always put the learners first, no matter what. Their needs come before ours. This dogged devotion to learners leads to a strategy of helping learners focus on just one thing—one presenter, one image, one set of content. It is important for learners to know clearly which facilitator to focus on. Do not split their attention.

To achieve this focus, for a face-to-face class, I recommend that the co-facilitator take a seat at the back of the room. In a virtual setting, this translates to the co-facilitator being still but present. They shouldn’t move around a lot nor raise their hand to signal they have something to add. And, oddly enough, it is bad for a Co to turn off their video because it signals that it’s OK for others to do the same and can lower the overall energy of the group.

This single-focus concept makes the pass-off between facilitators critical. It’s a bit easier on webinars because whomever is speaking has their face shown on the screen. However, to instill the utmost trust of the learners in the pair of facilitators, it is best to do verbal pass-offs, such as, “Danielle, do you have anything to add?” or “That wraps up XYZ. For ABC, let me turn it over to Crystal.”

Instead, try these techniques:

Virtual can get stale. Mix it up by adding some energy with stand-up co-facilitating. There are several options.


The Best Training Session Ever

Preparation and a backup plan make a huge difference. Learners should feel as if this session was the greatest session ever, no matter what happens behind the scenes. My co-facilitator, Crystal Kadakia, and I were unexpectedly thrown into a virtual session for a two-day face-to-face class when my plane left me stranded 600 miles away for four days. Crystal was live, and I went virtual, and no one knew that this was not the plan. We did not apologize nor did we explain. We simply co-facilitated.

The only complaint came from one participant who complained that Crystal was the typical millennial who couldn’t stay off her phone. (She and I were planning the next steps for the course.) The rest of the feedback was positive, some even commenting that it felt so modern to have one of our facilitators work virtually with the class. Now that’s the kind of co-facilitation teamwork that puts our learners first.

How do these concepts and tips track with your own experience? Your comments are welcomed. Modern practices change every day, and we are here to learn together.

About the Author
Lisa M.D. Owens

Lisa M.D. Owens is a learning expert who combines her engineering mindset with a deep interest in instructional design and learning sciences to create training that moves business forward. In 2016, Lisa and Crystal Kadakia began researching issues facing L&D in this modern age to discover the next step in the L&D industry’s evolution beyond blended learning. This led to a highly rated ATD LearnNOW program, which then inspired the book they co-authored for ATD Press, Designing for Modern Learning: Beyond ADDIE and SAM. Lisa also co-authored the ATD Press book <em>Leaders as Teachers Action Guide , which is based on her experiences as global training leader at Procter & Gamble.

Catherine Tencza
March 12, 2021 12:46 PM
I really love this article. For me, the big a-ha was using a real flipchart instead of a white board. There are so many other ways that we can bring real life to the virtual environment. I also loved your tip about resisting the temptation to add points in order to build trust and credibility. Good stuff! Thanks for sparking my creativity.
Sorry! Something went wrong on our end. Please try again later.