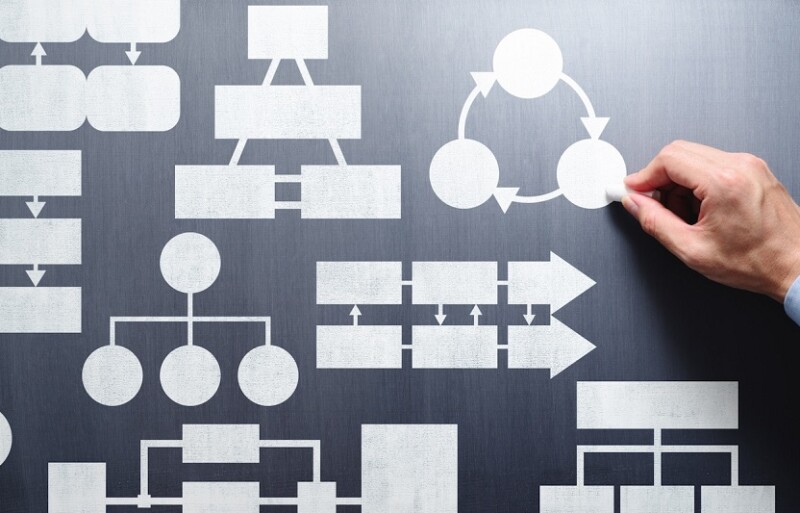 One of the most daunting problems with change management is identifying which model to use. Some people swear by Kurt Lewin’s simple three-step model, others are hooked on Prosci’s ADKAR model, others love John Kotter’s eight-step model, and still others are using models by different change management luminaries. But why would you pick one model over another, and how do the models compare? We’ll explore the common options and explain the reasons why you may choose one versus another.

It Starts With Lewin

Most people agree that change management began with Lewin’s article in the inaugural edition of the Human Relations journal in 1947. As a leading researcher, he had been working on force fields, topological psychology, and other factors related to understanding how people behaved. His article briefly mentioned the need to unfreeze the current behavior, make the change, and refreeze the new behavior. This started the three-step change model.

The problem with the model is that it wasn’t detailed enough, so others came up with their models, which further subdivided the three steps of Lewin’s.

Lewin’s simple, linear model led to several similar ones including Prosci’s ADKAR model, the transtheoretical model (often called stages of change), and Kotter’s famous eight-step model. In Figure 1, you can see these models mapped to one another.

The transtheoretical, or stages of change, model recognizes that unfreezing is the process of reducing the resistance to change and thus uses precontemplation to describe folks unwilling to enter into a conversation about change and contemplation for those who are willing to consider a change. The preparation and action stages map to Lewin’s change step. The stages of change model end with maintenance, which maps to Lewin’s refreezing step.

Kotter’s model has eight steps and focuses on larger organizations. Kotter believes that, to initiate a change, you must start with creating a sense of urgency followed by creating a coalition then a vision. These steps are about getting the organization ready for change (unfreezing them).

While there are many models that are linear, not all of them are. Some models, like William Bridges’s transitions model, maintain the familiar appeal of a linear model while recognizing the messy middle. Bridges’s model applies Elisabeth Kübler-Ross’s model of grief to change, indicating the loss that happens as things change may be why people might resist it. This is followed by an awkward transition toward the vision and, eventually, the establishment of a new routine.

More divergent from the linear basis are models like the McKinsey 7S Framework model and the Burke-Litwin model (see Figures 2 and 3, respectively). These models are sets of interrelated factors that must be manipulated to accomplish change. 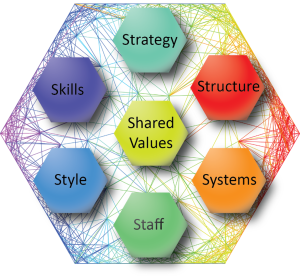 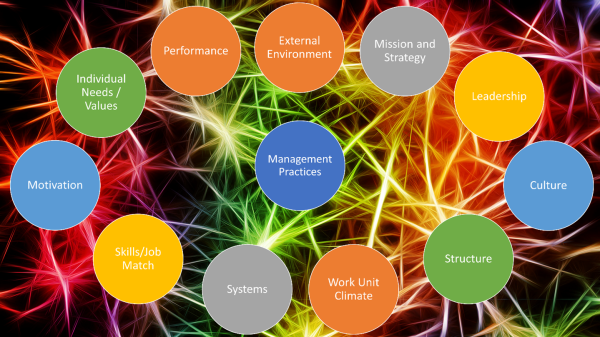 George Box, a statistician, said, “All models are wrong, but some are useful.” Every model is a simplification from reality, which hides some aspects to emphasize others. The goal should not be to find a perfect model but to find the model that provides the most utility.

The primary constraint to selecting a model is the degree of complexity that the organization is capable of adopting in the execution of the change program. For those organizations with less sophisticated approaches, it may be that Lewin’s model is appropriate. For those for whom it appears that complicated models are not a problem, a model such as Burke-Litwin’s may be appropriate.

Whatever model you choose, the more you can do to develop your skills in change management, the more successful you’ll be.

If you’d like to review more models and how they work, you can find a free library of change models at ConfidentChangeManagement.com/change-models.

Change Management Certificate
Become a facilitator of change in your organization.
Learn More

About the Author
Robert Bogue

Robert Bogue has led change projects for three decades. As a recovering technologist, he’s changed the way people work as he changed the technology. He’s the author of 28 books, including Extinguish Burnout: A Practical Guide to Prevention and Recovery, and has been a Microsoft MVP for 17 years. His work has transformed corporations, government, and quasi-government organizations. It’s not about the technology, but he leverages his strength in technology and human systems to create change that is sustainable and transformative for organizations of all sizes and shapes. He knows how to ignite engagement, stop from burning out, and freeze a snowballing conflict in its tracks. Follow him at ConfidentChangeManagement.com.

Mike Levine
May 24, 2021 06:19 AM
The information in this article does not represent current knowledge or best practices. The Kubler-Ross model, for example, has been discounted in its entirety and the Prosci ADKAR Model is both linear and iterative.
Most linear models of change management can be adapted to an Agile framework.

Catherine Tencza
April 01, 2021 06:05 PM
Robert, I really like the way you organized the graphics to differentiate these models in a very clear and concise way. It seems to me like you could categorize them a different way as well. Some models seek to understand what is happening internally as we make changes in our lives. Other models explain how you can force change on others. (You might use "encourage" instead of "force," but the idea is the same--change is a-coming, and we need to get everyone on board!)