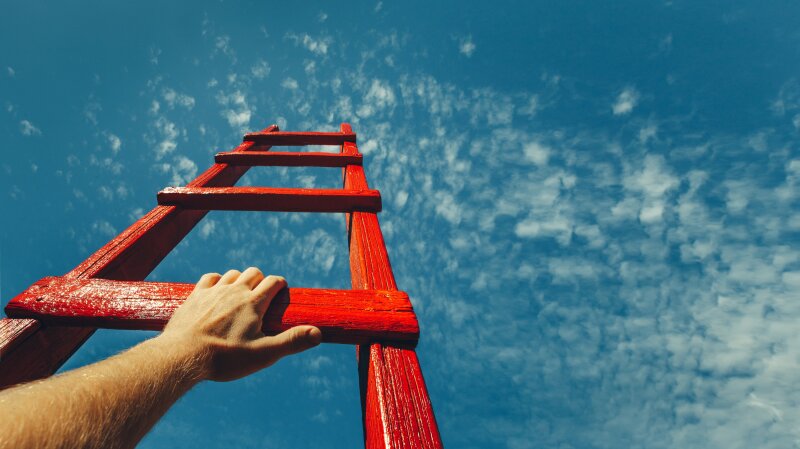 In 2015, the Brandon Hall Group reported that 71 percent of organizations do not feel their leaders are able to bring their organizations into the future. Given the COVID-19 pandemic-fueled acceleration of change, pressure, ambiguity, and complexity, we imagine this percentage is at an all-time high.

In light of this, you would do well to pause and ask how well your organization is supporting and developing your leaders. Specifically, ask yourself, “Has the development of our leaders kept pace with the elevated levels of change, pressure, ambiguity, and complexity our leaders are facing?”

Regardless of your answer, the purpose of this post is to help you learn how you can do a better job of elevating your leaders’ ability to navigate these disruptive conditions.


Most leadership development is akin to downloading programs onto a computer. It is known as horizontal development, which focuses on enhancing leaders’ knowledge, skills, and capabilities. The basic premise of horizontal development is if a leader is unable to perform a certain function, the deficiency can be resolved by helping them know more or do more. Although this form of development can be helpful, it overlooks whether the new program is even compatible with the underlying operating system. Oftentimes, it is not.

To demonstrate the power of vertical development, let’s compare and contrast the last two CEOs of Microsoft, Steve Ballmer and Satya Nadella.
Advertisement

Steve Ballmer was the CEO of Microsoft between 2000 and 2014. During his tenure, he saw Microsoft’s market capitalization and stock price cut in half. Toward the end of his tenure, Microsoft was being passed by their primary competitors: Apple, Google, and Amazon.

Satya Nadella took over in 2014, and since then, Microsoft’s market capitalization and stock price has increased almost six times as of this writing.

These leaders share similar “programming” (horizontal development), but their cognitive and emotional sophistication (vertical development), or their “operating system,” differentiates them from each other.

Steve Ballmer’s operating system seems to be programmed to stand out. Whenever he took the stage, he entered like a rock star dancing around and amping up the crowd. He didn’t have a mission statement for the majority of his tenure, so rather than being driven by a mission and purpose, Microsoft was focused on competing with and catching up with their competitors through product development (such as Microsoft Surface, Windows Phone, Zune, Bing), which frequently fell short of expectations. He was so competitive that he didn’t want his children to use Google or an iPod. Finally, he implemented a stacked-rank performance management system design to identify employees who “stand out,” which decimated Microsoft’s culture. Toward the end of his tenure, Ballmer had a 40 percent approval ranking on Glassdoor.

Satya Nadella’s operating seems to be much more cognitively and emotionally sophisticated. Instead of being programmed to stand out, it is programmed to contribute and add value. He doesn’t take the stage to glitz and glamour. He enters with a deliberate purpose to clarify and lift, generally through a focus on the mission statement that he developed early in his tenure: to empower every person and every organization on the planet to achieve more. His approach toward competitors is one of collaboration, recognizing they can go wider and further working with them than against them. Finally, he has been primarily focused on creating a more agile and innovative culture through a focus on growth mindsets. In 2019, Nadella was recognized by Glassdoor as having a 97 percent approval ranking (no official rankings have been released since).

How to Help Leaders Vertically Develop

How do we help leaders to become more like Satya Nadella?

The key is to focus on the central aspect of vertical development: make meaning in the most cognitively and emotionally sophisticated ways. Psychologists and neuroscientists have identified one factor foundational to one’s meaning making: their mindsets.

In fact, this is what Satya Nadella focused on to elevate Microsoft’s culture leading to the dramatic growth they have experienced. His experience helps us identify the specific mindsets that should be focused on for upgrading leaders’ operating systems so that they can better navigate change, pressure, ambiguity, and uncertainty.

In our conversation with Microsoft employees focused on leader and organizational development, they readily admit that Microsoft isn’t perfect, but they are on the right track, and we can validate this through their rising stock price and market capitalization.

For more on mindsets, join Ryan Gottfredson August 29 during the ATD 2021 International Conference & Exposition for the session, The Leader's Mind: The Next Frontier in Leadership Development.

About the Author
Kumaran Rajaram

Dr. Kumaran Rajaramhas over 20 years of corporate leadership and senior management experience in organisational development and change management. He had served as the director of academic affairs and senior vice president of business development for Asia Pacific and CEO of a global leadership consulting firm.

Dr. Rajaram has a Ph.D. with Distinction in Business and Management. He is currently a senior lecturer in global leadership and course director at Nanyang Business School, Nanyang Technological University, Singapore. He is also the founder and executive director of the Research Lab for Learning Innovations and Culture of Learning.