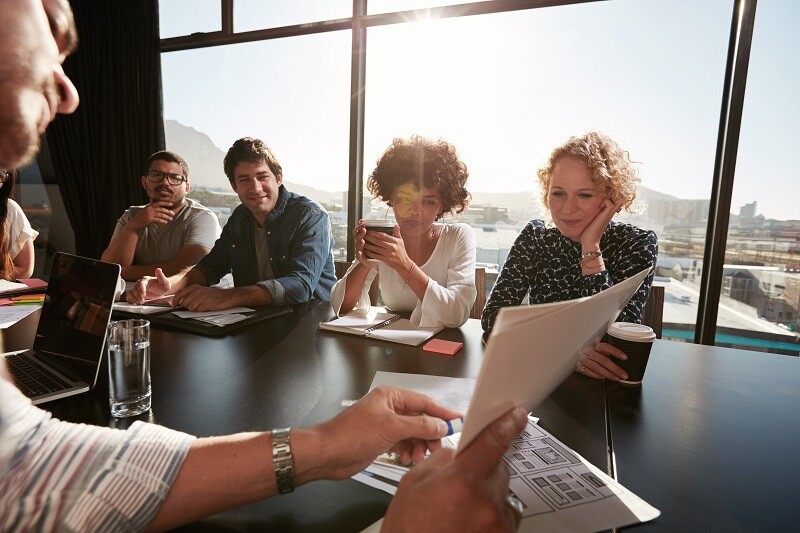 Getting Buy-in for Emotional Intelligence Training

Does this sound familiar? You’ve read the research, talked with colleagues at other companies, and understand that an organization with strong emotional intelligence (EI) skills performs better and retains more employees than one that doesn’t have them, yet you’re intimidated by making the case for improving EI at your organization.

If you’re not sure how to approach executive leadership about implementing EI training, you’re not alone. Even L&D professionals at some of the world’s most forward-thinking and innovative companies—including Amazon and Johnson & Johnson—have had to think carefully and strategically about how to secure senior-level approval for EI training.

In an upcoming webinar with ATD, I’ll talk with representatives of both companies about how they built internal support for EI training and ultimately rolled out highly successful programs. But for now, let me briefly summarize those companies’ stories to illustrate how to go about getting buy-in to implement EI learning at your organization.

Go Straight to the Execs With a Compelling Case

Kim Bilyeu is the director of global education for Biosense Webster, a division of Johnson & Johnson. She built her case for EI training around a specific business need. The sales department was facing a slump in revenue, and the team attributed this trend in part to the reps’ difficulty handling challenging moments with prospects and customers. So, Kim built a case for EI training as a low-risk, cost-effective way to help sales reps gain new skills for navigating some of the more difficult scenarios they faced.

As Bilyeu explains, “We were bringing [our execs] a solution that was relatively low-cost, and we were able to fold it into our new-hire training so that people would graduate and be ready to enter our sales force with these additional skills—without adding more time [to the onboarding].”

Because the executives were already aware of the revenue challenges, they were predisposed to let Bilyeu and her team prove the value of EI training. As she says, her leadership team’s response was, “Yes, absolutely. Let’s try it.”

And the team is still providing EI training to all new hires today.

Start Small and Build Support Across the Company

Hua began by conducting his own EI training for his sales reps, tech support professionals, and other employees. The overwhelmingly positive response to Rich’s training sessions led him to deliver a similar EI learning session at AWS’s global sales meeting—a standing-room-only talk that became one of the event’s highest-rated sessions.

Hua built internal support for EI learning at Amazon organically, and as he delivered a couple more EI sessions at large-scale Amazon events, the company’s executives started paying attention and showing interest. As Hua explains, “Senior leaders from around Amazon started asking, ‘Hey, can you come and share this with content with my team?’”

And, like Bilyeu’s experience at Johnson & Johnson, Amazon’s various teams and business units continued asking for more EI learning sessions and building EI practices into more of their operations. Today, more than 200,000 Amazon employees have gone through EI learning.

But Amazon has a lot more than 200,000 employees, and Rich is still working to expand awareness and support for EI learning across the company. For example, he’s cultivated a worldwide team of Amazon EI champions—from new employees enthusiastic about EI to senior-level executives—and he’s helping them share the benefits of EI with their teams around the world.

Demonstrate the Tangible Benefits of the Right EI Learning Program

Here’s one more strategy worth considering, which can work to bolster either of the approaches outlined above.

Bring data demonstrating that an EI focus can work, and that the training can lead to tangible, bottom-line benefits. In his book, Firms of Endearment, author Raj Sisodia identified 72 companies—from Costco to Commerce Bank to Whole Foods—that are built on the principles of EI. Over a span of 15 years, each of these companies has outperformed the S&P 500 by a factor of 10.5 times.

If you’re planning to take Bilyeu’s approach, you’ll want to bring your executive decision-makers real-world evidence that EI training can help a team increase sales. And that evidence abounds. One study found that a pharmaceutical company increased its revenue by 12 percent after putting its reps through EI training. And at Biosense itself, the sales team was able to win back much of its business after going through EI training, while continuing to create double-digit annual growth.

If you’re taking Hua’s approach, building internal support by bringing EI training to small groups of employees or individual departments, monitor those teams’ productivity rates, performance, and other metrics after the training sessions. For a few strategies for measuring the effectiveness of your learning programs, check out my previous blog post, Assessing Emotional Intelligence Training.

Both Bilyeu’s approach (going straight to the decision makers) and Hua’s strategy (building employee support slowly and organically) can work for earning executive approval to implement EI training. The right approach for you will depend on your organization’s size, culture, needs, budget, and other factors.

About the Author
Andrea Hoban