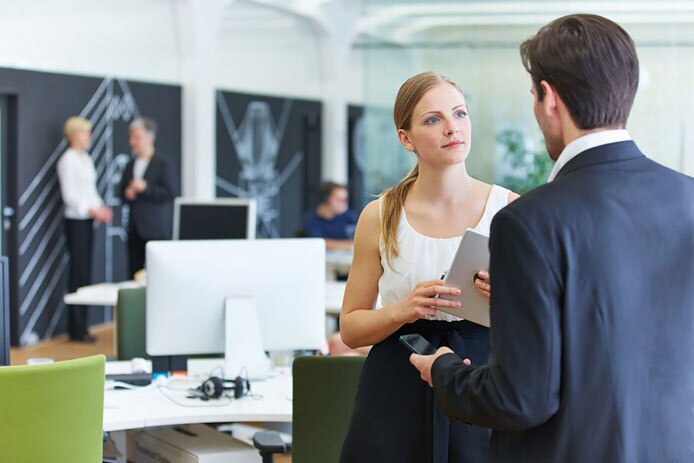 How to Debate Politics Civilly

It is a common complaint these days that we are polarized, especially when it comes to politics. We seem to think that people trafficking in poorly informed opinions is new. It isn’t. Fake news is as old as news. Misinformation is as old as information. So how can you disagree civilly when you can’t agree on facts?

We don’t arrive at our cherished opinions starting with a blank page. Whether we are Christian or Muslim or conservative or liberal, our ideas are shaped more by the communities we identify with than the facts we sift through.

This idea gained traction in the 1950s when psychologists Albert Hastorf and Hadley Cantril asked students from two rival colleges to watch film of a recent football game between their schools. Students were asked to study the film to identify all the penalties that should have been called against each team. The best predictor of their judgments was not the clarity of the offense—it was the school they attended! Subjects reported seeing half as many illegal plays by their own team as from the opposing team.

We are often unaware of our own convictions. So, how can we begin to disagree civilly?

If you ask others to probe into the details of their opinions, they become less certain about them. In other words, you must go deeper than most people usually do to understand why someone thinks a certain way. As former secretary of state Dean Rusk once said, “The best way to persuade others is with your ears.” That’s why the following suggestions are counterintuitive, but effective.

Before launching into a heated debate, pause for a moment and establish some ground rules. For example, “I’m interested in understanding what you think and why, but only if we can do it in a way that works for me too. I’d like to hear you out. I’d like to ask questions about how your idea works and why you believe it. My goal isn’t to be offensive; it’s to understand. Would that be OK?”
Advertisement

If the other person agrees, add the second ground rule: “Then, I’ll expect you to offer me the same opportunity. I want a chance to share my view and will invite you to probe me similarly. I don’t want you to argue against it. I just want you to ask questions, so you’ll understand. If this works for you, I’m all in. If not, perhaps we can just go get a taco together.”

Try to approach the conversation like an interested scientist. Suspend judgments and frame your work to discover why a reasonable, rational, and decent human being would think this way. You won’t necessarily agree, you may not buy their logic, and you may see flaws in their choice of data, but you’ll likely have a feeling of respect for how their life experiences, resources, associations, and values contributed to their beliefs. And you’ll be richer for it.
Advertisement

Along the way, you are likely to discover that your differences are differences of strategy more than purpose. You may discover that where you are trying to achieve safety, the other person values freedom. Where you value personal responsibility, they may value compassion. When they pound the table for opportunity, you might raise your voice for equality. But if you both listen carefully, you’ll discover you care about both values; you simply differ in how to achieve them, or in what order. When you notice this similarity, call it out. It will lubricate the conversation and foster intimacy, even with an adversary.

Finally, remember humility. Remember that your views are likely riddled with inconsistencies, suspect data, and community loyalty as well. Use statements like “I believe” or “I’ve concluded,” rather than “the fact is” or “as everyone knows.”

Visit Booth 20 at ATD Government Workforce 2022 on September 8 to learn more about these ideas and get a free copy of Crucial Conversations.

Joseph Grenny is the New York Times best-selling co-author of Crucial Conversations, Crucial Accountability, Influencer, and Change Anything, a dynamic keynote speaker, and a leading social scientist for business performance. He is also the cofounder of Crucial Learning, a learning company that offers courses in the areas of communication, performance, and leadership.

With 30 years of experience, Grenny has delivered engaging keynotes at major conferences including the HSM World Business Forum at Radio City Music Hall. Grenny’s work has been translated into 28 languages, is available in 36 countries, and has generated results for 300 of the Fortune 500.