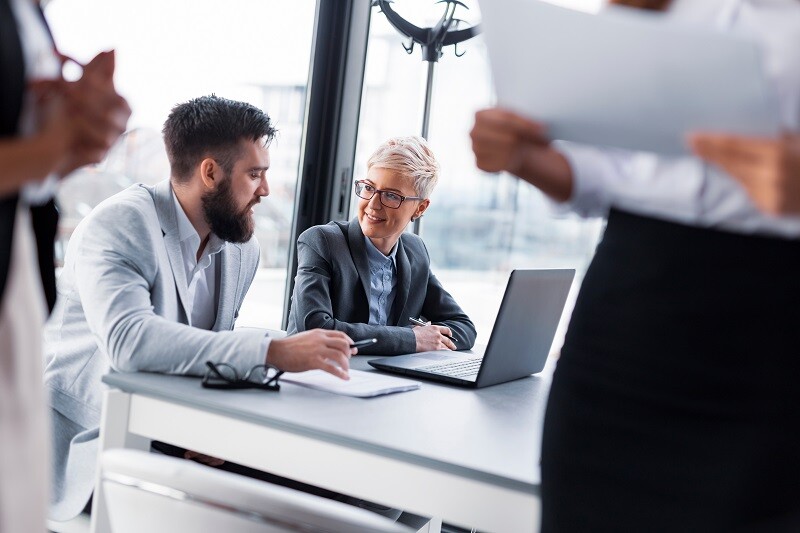 How to Improve Your Sales Ride-Alongs

Manager ride-alongs are a staple in business-to-business sales. These structured ride-alongs allow you to observe sales reps on the job and provide insights and coaching to improve performance and drive more revenue. However, most ride-alongs are flawed and can do more harm than good. Over the past two years, the shift to virtual sales calls has exacerbated the problem.

There are several reasons why the typical ride-along is ineffective; let’s take a look at the top three:

1. Not Representative of a Typical Sales Day

It used to be that, as a sales manager, you would arrive at an agreed upon location where a salesperson would meet you with a defined schedule to meet certain customers. The most important customer would get a long lunch at a nice restaurant. Then, after a longer than average day, you would be returned to the starting point. During the day, your job would be to provide coaching and encouragement after each sales call.

The first problem is that ride-alongs are often planned in advance. This does not allow you to observe what happens on a day-to-day basis. The day’s schedule is carefully crafted, bringing you to specific customers, usually good customers. Consequently, you won’t see the salesperson handle the difficult objections, pricing concerns, and competitive customers. You’ll likely not see prospects the rep has never visited. So, you can’t help the rep by coaching on the more difficult aspects of a sales job.

To correct this ride-along problem, schedule the ride-along with little notice, no earlier than the evening before or early in the morning. Follow the rep’s planned schedule for the day. This way, you’ll experience the real world. You may find that the salesperson doesn’t usually schedule days, doesn’t prepare a pre-call plan (that’s a problem), or usually visits good, easy customers and not competitive accounts. There may be several coachable opportunities before you even pull away from the curb.

2. Manager Is Doing the Selling, Not the Salesperson

Many managers take over the call. The only coaching that can be done is the salesperson coaching the manager, which I don’t think will ever happen. When you become a super salesperson instead of a manager, it takes credibility away from the rep and prevents you from seeing the rep in action. The salesperson will be waiting to squeeze a word into the conversation.

To fix this, after the introductions, say nothing. Your job is to watch the rep in action, not take over. You won’t see a batting coach up to bat or a quarterback coach about to toss the ball. Coaches observe, take down a few notes, and plan their coaching remarks. There may be times when you’re brought into a specific customer for a specific reason, but the typical ride-along should be to provide coaching and performance improvement. Stick to this rule: Say nothing during the call.

3. Manager Assesses the Deal, Not the Details of the Sales Call

Review the call, not the deal. Start with what went well. Then ask the rep for their opinion of the call. What went well? Where does the rep think they stumbled or could have done better? We are our harshest critics, so it’s quite likely there will be plenty to discuss. Ask the rep what their plan is for improvement and work with the rep to make a reasonable plan with a timeline and milestones. Now, add your observations. It’s best to provide your observations last to prevent the rep from becoming defensive. Try to agree on the behavior you noted that could be improved or modified to be more effective. Then, put an action plan in place, with timelines and milestones.
Advertisement

If you and the rep have another call scheduled, agree on a revised call plan based on the observations from the previous call. This is a fantastic way to coach—revise behavior, try again, and coach some more. For example, the best manager I ever had would ask me if I wanted to go back in to see the customer again right after our hallway coaching session. We never had a customer complain, and most were happy to continue the discussion. Also, my manager never said a word during my sales call.

It doesn’t matter if the call was online or in person; the coaching aspect is the same. What you may coach might be different, but the method is identical. On a conference call, you must note the look and feel of the call and the conversation. Subtle things, such as the lighting, the background, sound quality, and dress, are all areas for you to be aware of and coach on. Provide coaching on these video problems and help the salesperson understand the appropriate steps to take to correct the problems.

Set improvement goals and timelines by following an easy-to-use formula:

1. We agreed that [this behavior or skill] needs to be improved.
2. You will [action] over the next [timeline].
3. We’ll check in [timeframe, daily weekly, etc.] to see how you feel it’s going.
4. I’ll spend another day with you in [timeframe].

Document this in writing, so there is complete clarity on the actions and timelines.

For an effective coaching ride-along or listen-along, be quiet and listen, provide coaching on specific behaviors, get agreement on the next steps, and set up your salespeople for success.

About the Author
Tracy Tibedo

Tracy Tibedo took his first sales role in 1983 with Du Pont selling radioactive chemicals for biological research. Since then, he has had multiple roles in sales, marketing, and product management. About 20 years ago, Tracy had the opportunity to move into Sales Training and never looked back. He has held training leadership roles at Waters, SCIEX, Thermo Fisher Scientific, and now is the Sr. Manager of Commercial Training at Azenta Life Sciences. He lives in Uxbridge, Massachusetts, with his wife, three of four kids, three dogs, and Charlotte, the rabbit.