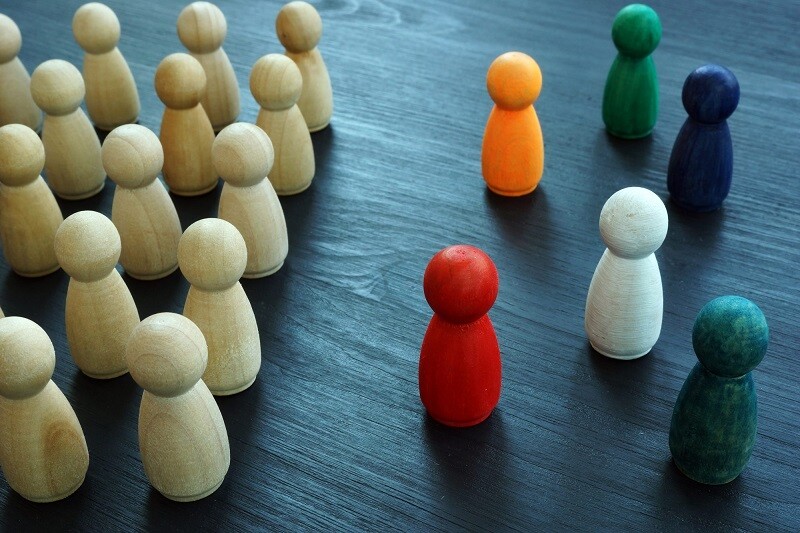 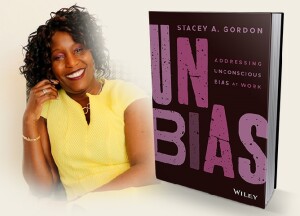 While diversity has become a popular topic of discussion in recent years, the worldwide focus on racial justice has shown us that diversity, equity, and inclusion (DEI) need to be more than buzzwords. In her new book UNBIAS: Addressing Unconscious Bias at Work, author Stacey Gordon provides readers with steps to identify bias and tools for removing established barriers.

I recently spoke with Stacey to learn more about disrupting unconscious bias and creating inclusive and equitable workplaces.

Unconscious bias training is a common go-to solution for organizations that want to start addressing DEI. What are your thoughts on that approach?

Someone asked me recently whether there are certain things that most companies want to do related to DEI within the past year, and there absolutely are. Everyone wants to hire a chief diversity officer, start a DEI council, and conduct unconscious bias training.

You mention that people often comment that your LinkedIn course on unconscious bias was “surprisingly informative.” What do you think people’s expectations are going into that kind of course?

“It’s surprisingly informative” or “surprisingly interesting” is really a backhanded compliment, right? People go into the course expecting it to be preachy. They go into it expecting that I’m going to have some sort of “white is wrong” kind of conversation. They’re expecting to get beat over the head with judgment, but that’s not what the course is about.
Advertisement

The course itself is a primer. It is the least amount of effort that you can extend when it comes time to thinking about unconscious bias. It’s 24 minutes long, so it is not comprehensive by any stretch of the imagination. But it is an awareness builder. It really gets people thinking about the ways that they unintentionally and actively create bias in the workplace, and act on bias in the workplace.

I think that’s what is eye-opening to people is when I explain small ways—the things that we do every day—that help to perpetuate bias in the workplace. They realize, “Oh, wow, I am a contributor to this,” and “Wow, I can actually do something to interrupt this.” It’s like Smokey the Bear saying, “You, too, can prevent forest fires.” My main goal with the course is to say, “You, too, can actively interrupt bias every day at work.”

What is the relationship between psychological safety and DEI?

In your book, you mention some comments that people often make regarding DEI, and specifically DEI in hiring. What are your thoughts about what these comments really mean?

Meritocracy/“I want to hire the most qualified person.”
That one drives me nuts. The meritocracy argument is that everyone has equal opportunity, and if I got here by hard work, then everybody else has to get here by hard work too. This presupposes that we in DEI are somehow pushing an agenda where other people don’t have to work hard to obtain their spot. It’s as if we’re just placing unqualified individuals into a job, which we’re not doing.

We think that everyone else takes the same path that we did, but some people’s paths to the “top” have been smoother than others, and we have to acknowledge that. We’re not necessarily saying that we have to do anything extra for the person whose path wasn’t as smooth, but we at least need to acknowledge it. There’s some gaslighting that comes from the meritocracy argument because it says that somebody with a harder or a less smooth road didn’t get as far because they didn’t work as hard and not because they had more obstacles in their way, which is frustrating, to say the least.

In terms of wanting to hire the best—if your workplace is filled with white male managers, you’re telling me that every time you have hired the best, they’ve been a white man. Nowhere along the way has there been a qualified woman, a qualified black person, or anyone besides a white man. Every time, the best person has been a white guy. The ego that you have to be walking around with to really believe that is astounding.

“Culture fit.”
I always tell people that when they say “culture fit,” what they mean “bias.” Those two words are interchangeable. I get it—we want to have a culture where people fit in, right? But what I challenge individuals to do is define what they mean by “fit.” When you say fit, do you mean that you want to hire people who are going to be fine with you having all your meetings in a bar and entertaining individuals with alcohol? Do you mean by culture fit that everyone has to go to the golf course? Do you mean by culture fit that it’s okay to disparage and demean women in the workplace? When you say “culture fit,” you really need to define the culture then look for that. And when you have to define what the culture looks like, you’ll quickly start to see where changes need to be made.

“I don’t see color.”
If you say, “I don't see color,” especially if you’re a leader, then people will have a hard time seeing you as authentic because you started with a lie. “I don't see color” is a lie. Of course you see color. So, what do people mean when they say that? If you mean, “I don't intentionally discriminate against people who look different than me,” then don't say “I don't see color.” We must be clear about what it is that we’re saying and stop hiding behind these platitudes.