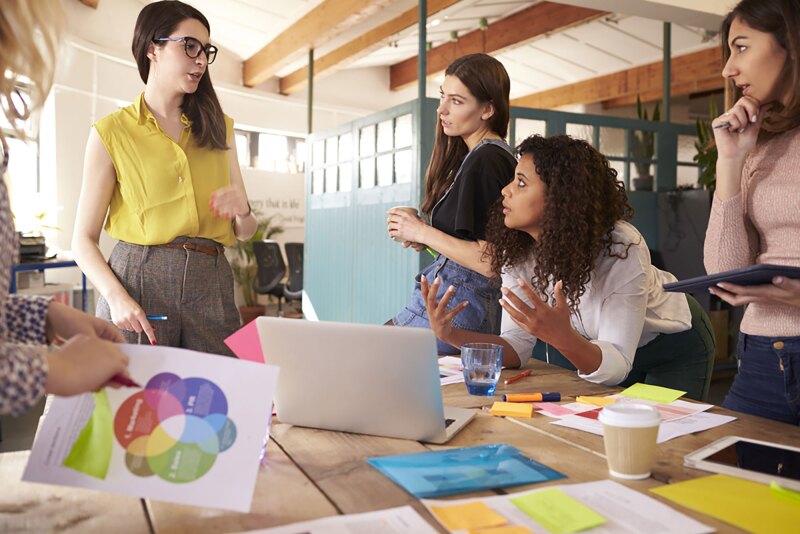 If you’re like me, you were a good student. You got good grades, you worked hard on homework, you studied for tests, and you experienced a high degree of academic success. Yet, all this success didn’t necessarily help you learn new skills. In fact, recent studies suggest that being a diligent student in the traditional sense may hinder learning—the kind that helps you solve real-world problems and acquire new skills.

What Is Intelligent Failure?

Intelligent failure was originally coined by behavioral psychologist Sim Sitkin , in his groundbreaking work, “ Learning Through Failure - The Strategy of Small Losses.” Sitkin noticed that most organizations try to engineer failure out of their process, robbing themselves of the opportunity to identify weaknesses before small failures become big catastrophes. The keyword in this discussion is intelligent. Sitkin recommended building learning experiences that supported experimentation, allowing the learner to explore and challenge assumptions and test them out in some actionable way through a project or test. These “planned failures” must meet specific criteria:


A New Look at Failing on Purpose

Recently, several studies have given us a fresh look at this practical concept of learning from our mistakes. Here’s a rundown of some of the most intriguing discoveries:

Failure Drives Innovation
Researcher Susan Kerrigan and her colleagues describe the relationship between creativity and failure as “deeply symbiotic.” They recognized that the creative process often results in many twists and turns, even a few dead ends, before arriving at something new and exciting. The key takeaway in their study is a call for organizations to accept more risk, which will introduce the possibility to learn from mistakes. They observe that many organizations are so risk-averse that great ideas rarely get pursued; instead, the “less creative but safer” options are explored. This approach has a chilling effect on the individual, who learns to color only “inside the lines.”

Intelligent Failure Requires Coaching
Not all failures are equally valuable as learning experiences. Researchers Jean Hartley and Laurence Knell found examples of how to classify and approach failure as a teaching moment in the coaching model of the London Metropolitan Police. They approach all failures based on their root cause, assigning a coaching approach based on the source of failure.

In all cases, the officer will learn from failure. However, the learning experience (from censure to reward) is quite different, depending on the cause.

The High Price of Failing to Learn From Failure
Inspired by the failure of the US intelligence community to recognize the warning signs that led to the attacks of September 11 and the failure of NASA to identify the weaknesses that led to explosions of the Columbia and Challenger shuttles, Bazerman and Watkins identify four ways in which organizations and individuals fail to learn:

1. Scanning failures. Failure to recognize changes in the culture, economy, or environment that result in making poor or ineffective choices.

2. Integration failures. Failure to recognize how seemingly different pieces of information connect to provide a holistic view of a complicated whole.

3. Incentive failures. Failure to reward experimentation and accept a degree of risk to stimulate innovation.

4. Learning failures. Failure to draw important lessons from mistakes and incorporate them into best practices for the future.

In the case of serious failures across an organization, multiple types of failure may be in play.

What Can You Do to Introduce Your Learning Audience to Intelligent Failure?

Albert Einstein said, “A person who has never made a mistake never tried anything new.” In the learning and development world, we face multiple disruptions that force us to find new ways to deliver training, which make us feel like there is no time or no tolerance for failure. Yet, it is through failing that we make the most strides forward.

The key is to create a safe sandbox where learners can make mistakes in a safe manner then to guide them to reflect on what they’ve learned. We often see a “sandbox” as a tool for teaching new software, but could it be applied to other skills as well? Here are a few ideas:

It may have occurred to you that giving intelligent failure a try will no doubt put you at risk of failing in your efforts. When this happens, just remember what Thomas Edison said about his pursuit of sustainable electric power: “I have not failed. I’ve just found 10,000 ways that won’t work.”

William Fisher
May 22, 2022 09:44 PM
I started my career as a Field Computer Tech and Corporate Desktop Support Personnel( Terminals to Desktops). My most rewarding experiences where my failures and the keen ability to learn from thos failures. I did have coaching. I think my major used reverse psychology to belittle me when I did not call for help after 45 minutes of not solving a computer problem. Eventually, I began to get better a my approaches to solving the computer problem more effieciently. Later, I did not need to call.
Sorry! Something went wrong on our end. Please try again later.

William Fisher
February 23, 2022 08:27 PM
Interesting blog! Making small mistakes contribute to one's intellent failures. My lead said to me, don't be afraid to make mistakes. I make mistakes all the time. I learn from my mistakes and keep moving" After reading this blog, it triggered his encouragement to put your best forward with knowledge and skills. The results may turn out to be intelligent failures that are supported. They key word"suppprtes". Then innovation has room to propell forward.
Sorry! Something went wrong on our end. Please try again later.
OT
Oliver Tian
February 10, 2022 06:20 PM
As the world around us becomes more dynamic and hence unpredictable, I believe the concept of intelligent failures needs to be practiced more often. One side effect of Automation is the intention to drive perfection, hence humans tend to rely "too" heavily on machines and automated processes. As a result, we lose our human touch. Intelligent Failure is a great aspect to dovetail the augmenting of human capabilities using technology.