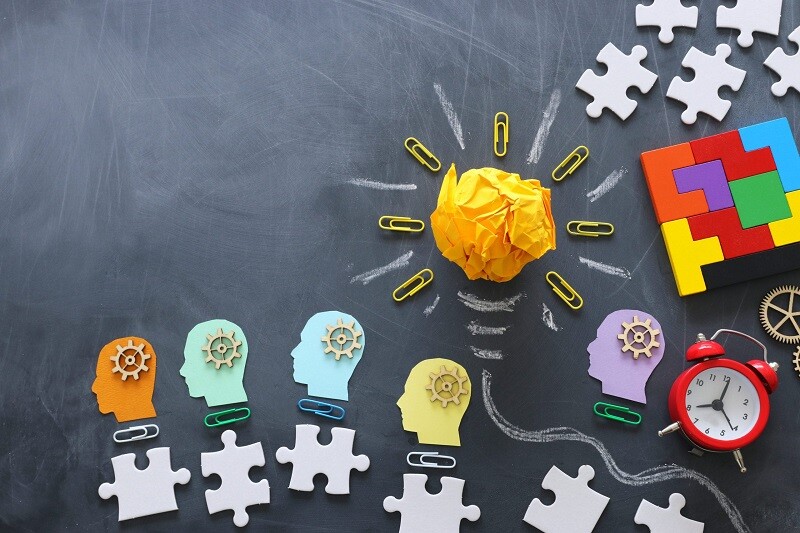 Last year, I wrote an article about learning science trends to watch. In it, I mentioned the growing interest in learning science and the importance of context, emotion, and meta-learning. This year, I want to review those trends and look forward.

The trend toward more interest and awareness of learning science isn’t dying. Discussion of evidence-informed learning continues to grow. Just this fall, learning science was a topic at the ATD International Conference & Exposition, Core 4 Conference, and Japan Summit, to name a few.

The importance of emotion in learning is also getting a lot of attention. It started appearing academically about a decade ago, and we’re seeing a growing interest in practice as well. It’s gaining depth—“click to see more” and tarted-up quiz shows aren’t the endgame. Hopefully, that trend continues.

Contextual awareness is improving, perhaps largely driven by the increase in contextual help solutions, for example, the developing ease of creating chatbots and embedding specific help. However, I still am not seeing it manifest in richer suites of practice to support transfer. For instance, there’s little talk of generating an appropriately broad suite of practice environments.

Meta-learning, unfortunately, is languishing. Schools still aren’t teaching these skills, so we can’t assume their presence. Yet, if we could improve everyone’s learning-to-learn, there’s a strong case to be made that we’d benefit organizations as a whole.

Looking forward, I want to continue a thread I started in that previous blog post. In it, I offered a brief history of learning science, from behaviorism through cognitive to connectionist. I suggest that we’re in a post-cognitive era—a topic we should be discussing.

Ed Hutchins is a pioneer in this discovery, with research that culminated in his book Cognition in the Wild. Looking at ship navigation, specifically in the instance of an emergency, he documented how the crew self-organized to solve a complex problem. Importantly, it wasn’t because of one person, but several team members along with a combination of a map, a clock, binoculars, and compasses that solved the problem.

We use external representations to support our ability to think and solve problems. Spreadsheets, for instance, are powerful tools to organize and operate on information that is too voluminous to keep in our heads. We make up for our cognitive limitations in many ways: diagrams, checklists, whiteboards, and other tools that facilitate thinking and performing.

Too often, we try to use learning to put everything in the head, instead of recognizing when information can and should be in the world. In most situations, leveraging distributed cognition is easier than putting it in our heads. When we’re doing learning right and recognizing the complexity of changing one of the most complex things in the known universe (our brains), robust learning is hard to do. We should save it for when it’s important!

Distributed thinking across representations is only part of the picture. Our thinking is distributed across people, too. In Hutchins’ story, we saw that it was tools and people. While social cognition isn’t new, there’s an increasing trend to think about it in more nuanced ways. To me, it’s about innovation.

Social cognition has long been seen as a partial solution, but certain overlooked details need to be unpacked. Instead of just having people share, there are specifics that inform how to make social cognition work well for both formal and informal learning. This includes how and when to design group projects and how to manage them.

The potential of social media to enable organizational learning is not a given. You need to get the conditions right, have useful practices, and persist to generate a sustained environment of productive interaction. Yet, this pays off for both supporting formal learning and when looking to foster innovation.

Topics to investigate include apprenticeships, coaching, and group work (formal and informal). How do we work with subject matter experts whose expertise is compiled away from conscious access? How can people learn with and from each other? We want to know, practice, and promote the principles that research tells us work.

It’s not just about getting people together, but about facilitating productive interactions. There’s a role for L&D here to educate folks about the appropriate approaches, as well as assist in execution. As a caveat, I suggest L&D use such approaches in their own endeavors before they bring it to the rest of the organization.

Distributed and social cognition are topics that are covered in Annie Murphy Paul’s recent book, The Extended Mind. She does a good job of making cognitive science topics accessible, even covering a different approach I was not as familiar with and was thus intrigued.

In the old model of our senses, there were five: smell, taste, sight, hearing, and touch. However, it is now recognized that touch has several facets. For one, pain is different from pressure. More importantly, there are signals that are generated internally, rather than coming from our skin. For instance, how can we close our eyes and touch our noses? It comes from proprioceptive feedback that are generated by our own joints (as well as other mechanisms at work).

This means movement can facilitate cognition. Physically embodying the operation of a system, such as having individuals represent and interact as parts of a system, is learned better. Gesturing, often decried, turns out to similarly assist thinking.

Thus, we need to understand then embed these understandings in our practice. When should people move? How can we appropriately use gesture? L&D has an opportunity to optimize existing resources in this area.

Mental models should gain awareness. Emerging frameworks around cognition indicate that our brains are continually creating predictions about the world. We generate causal models to suggest what will happen, and when they’re wrong, we act and learn.

Organizations with the ability to make better decisions will stand out from others. Choosing actions rather than reciting facts will be critical in an increasingly challenging world. The types of change we need to account for is captured in the acronym VUCA—volatile, uncertain, chaotic, and ambiguous.

Making decisions comes from the ability to predict outcomes of different choices and therefore choose the best outcome. Can you see where I’m going with this? Predicting outcomes comes from causal connected models of how the world works. Mental models are these causal connected models of specific subsets of the world that relate to particular situations.

Another robust finding is that if our models prove wrong, we don’t immediately look for a new one but instead are more likely to patch the model. If the model is fundamentally flawed, as can happen when there’s a familiar model that seems appropriate, we are likely to try to remedy it instead of replace it. In fact, many of our mistakes come from applying inappropriate models.

We should provide people with both appropriate models and sufficient practice to use them appropriately. The amount of practice depends on several factors—for example, how complex the task is or how frequently it’s performed—but we will need to ensure we provide an appropriate amount.

Models should also be referenced in examples and feedback. Models also play a role in the choices of why a process is followed in a particular order. Making the rationale explicit helps learners generate steps that they might forget, as well as ensuring that each element isn’t arbitrary, facilitating learning.

Following the trends in learning science is one element of continually learning. Learning science is complex, but there are clear implications that provide guidance for designing instruction. If you want effective learning, you need to integrate the results of research elements to produce an effective outcome. Interestingly, movement and social aspects can add engagement as well.

Together, the elements of learning science give us a sound basis to be professional in our practice. There are nuances to all this, but as we master these elements, we empower ourselves to create experiences that are not just instructive, but that are also transformative—a goal I suggest we can and should aspire to. 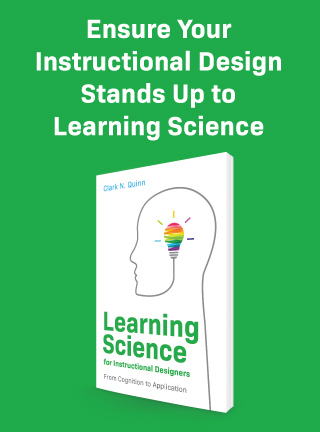 Margie Meacham
January 20, 2022 03:59 PM
Clark, thank you for this informative run-down of some of the most intriguing trends in learning science. I love your suggestion that learning professionals should try some of these things for their own learning experiences before applying them to their clients. I also want to share my favorite source for mental models, The Great Mental Models: General Thinking Concepts (vol. 1-3) by Rhiannon Beaubien and Shane Parrish - https://tinyurl.com/47zn4xwz