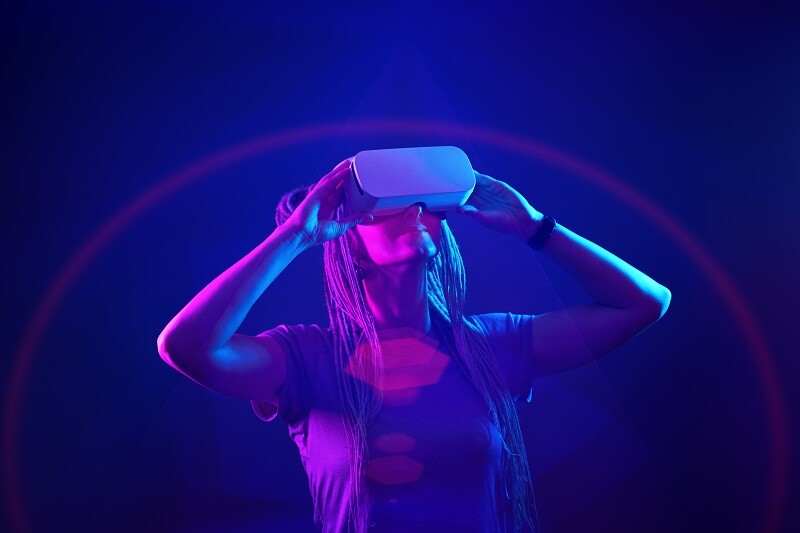 Past, Present, Future: How User-Generated Content Will Ignite the Metaverse

The digital spaces we inhabit today have evolved considerably since the early days of the internet. The next major evolutionary transition is unfolding rapidly, with many of the world’s largest tech companies announcing their intention to pioneer the so-called “metaverse.”

As described by venture capitalist, Matthew Ball, “[The metaverse] is an embodied internet consisting of a massively scaled and interoperable network of real-time rendered 3D virtual worlds, which can be experienced synchronously and persistently by an effectively unlimited number of users with an individual sense of presence.”

Unlike the previous iterations of the internet, the metaverse will be built and owned primarily by its users, not large centralized entities. As such, user-generated content (UGC) will be at its heart.

What Is User-Generated Content (UGC) and Why Does It Matter for the Metaverse?

UGC is content (such as images, videos, text, and audio) created by users instead of professionally employed content creators.

Image: Examples of UCG for brands LaCroix, GoPro, and Netflix

The metaverse, and the latest iteration of the World Wide Web (called Web 3.0), are two sides of the same coin. The metaverse displays how users will experience the internet of the future, while Web 3.0 is about who will own, co-create, and control tomorrow’s internet.

Let’s take a closer look at the role of UGC in the three major iterations of the web to better explain how it will shape the metaverse.

Web 1.0
The early web consisted of static, read-only web pages created by a small number of individuals and organizations who had advanced technology skills for their time. Such web pages provided almost no interactivity. Still, their creators were in control of the content because those web pages were hosted either on the creators’ own servers or ones directly rented. Tools such as Microsoft FrontPage and Macromedia’s Dreamweaver were introduced to democratize website creation but required some web development and coding skills.

Web 2.0
Our current iteration, Web 2.0, is characterized by centralized platforms like Facebook, YouTube, and Medium. In addition to platforms, this era was given new mobile tools like iPhones and Android phones, which provide connectivity and media capture capabilities. The rapid adoption of smartphones and mobile apps connected to social platforms rocketed UGC to volumes once unimaginable. These tools and platforms make it easy for users to create content and interact with it, but many limit content creators in how much control they have over it. The middleman (platform) truly monetizes and benefits from UGC while providing limited financial participation in the spoils with the creator.

Web 3.0
Thanks to blockchain technology and the various solutions built on it (such as non-fungible tokens [NFTs]), Web 3.0 promises to give back content creators their control over their content without complicating production. It aims to achieve this goal by moving content away from centralized platforms and into decentralized ledgers and aggregators of similar content.

“No matter how the metaverse takes shape, UGC will be a core building block that gives it its personality, authenticity, and scale. Encouraging creativity and allowing freedom of expression through UGC is something all metaverse experiences should be striving to do.” —Scott Reismanis, Founder of ModDB and mod.io

The decentralization and guaranteed ownership of content are critical for the metaverse because it incentivizes its users to spend long hours creating UGC for it. Content creators can have finer grain control of their products and even enjoy compensation beyond the initial sale through configurable royalties. On Web 3.0, creators will also benefit from greater interoperability whereby their single product can be seen and utilized across various metaverses.

Without UGC, the metaverse can never become an embodied version of the internet because the internet wouldn’t be what it is today without this type of content.

Instead of being the interactive place where people consume content, learn, socialize, and share their ideas and deepest feelings, it would be more like a modern version of those text-based TV services called Teletext or broadcast Teletext.

The importance of UGC for the metaverse can be observed in early metaverse projects like Somnium Space, The Sandbox, Roblox, and others.

The success of these proto-metaverses can be largely attributed to the content created by their players. This is in contrast to attribution to the developers who strive to empower content creators with easy-to-use tools and motivate them by making it possible to make money based on how much their creations are used.

And there’s no doubt that the top UGC for Roblox generates a ton of engagement. For example, the pet simulator Adopt Me, the most popular Roblox game of all time, achieved more than 27.39 billion visits as of February 2022. The independent studio behind the parent company employs roughly 40 people and earns 50 million dollars a year, mostly from microtransactions.

But high-profile examples of UGC, such as Adopt Me, are just the beginning. The bulk of UGC in the metaverse will be much more mundane and inconsequential, just like the bulk of UGC on the web today are mindless comments and endless reposts of memes.

However, this mundane UGC is exactly what the metaverse needs to feel alive and truly immersive.

The internet as we know it is evolving and gradually becoming immersive. Soon, we will experience it as a network of real-time rendered 3D virtual worlds, and user-generated content will play an important role in how these worlds look and what can be done in them. The way we approach learning for all ages will fundamentally change over the next decade, and my company, Allen Interactions, is proud to be a part of that change. Allen Interactions has pioneered revolutionary technology in the learning industry for over 40 years and is looking forward to paving new paths into the metaverse.