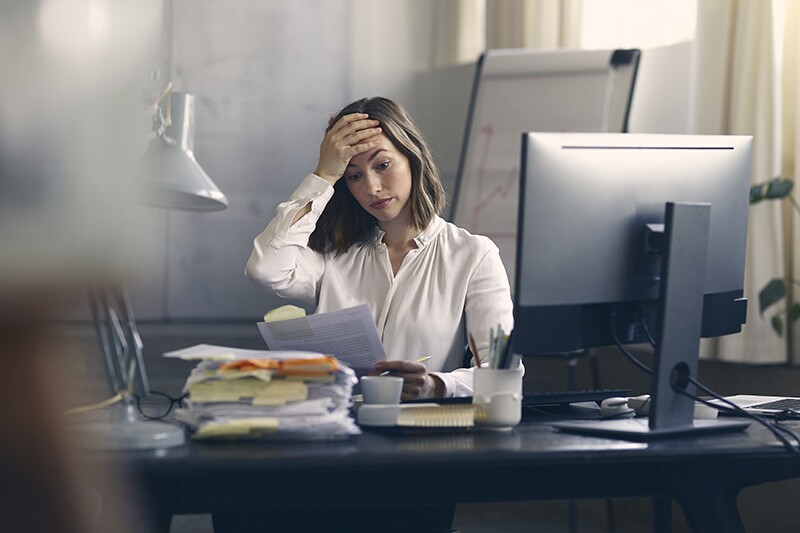 Take a Moment to Check Your Emotions

While the world did its best to quarantine in 2020, companies relied on digital platforms as a means of communicating and achieving their goals. The former ways of collaborating, connecting with, showing appreciation for, and building camaraderie with employees was no more as everyone was unable to report to the office. Add to this the impact of Zoom fatigue, childcare responsibilities, and sorting the best way to work from home, and it should come as no surprise that our fuses shortened.

The bottom line: We feel less in control of our emotions.

Recall a recent example, personally or professionally, when you instinctively spoke your mind and immediately regretted it. Odds are that more than one instance just popped into your head. The good news is that you’re not alone in experiencing this situation. Human brains are wired to respond emotionally, though not always reasonably. The next time you feel angry, take the presidential route to expressing your emotions. Former US President Thomas Jefferson once said, “When angry, count to 10 before you speak. If very angry, count to 100.” The key to this strategy is giving yourself a moment to think things through.

Presidents Abraham Lincoln and Harry S. Truman composed what Lincoln referred to as hot letters, which are ones that they’d write then set aside until their negative emotions had fully subsided. These letters were neither signed nor sent. Rather, they served as a vessel for privately displaying emotions that could have had damaging consequences had they been publicly shared.

Today the handwritten hot letter has evolved into an electronic format. Similar to the presidents mentioned above, many individuals use angry email drafts as therapy for unleashing their frustrations in a healthy and unharmful way. In today’s world, professionals write their angry email drafts, take a day or two to cool down, and often delete the messages after rereading what they’ve come to realize was a likely overreaction.

We’ve all heard the saying, “The internet is forever.” For this reason, we recommend using a less risky platform like Microsoft Word to prevent you from accidentally (or angrily) hitting send. It’s equally important to be mindful of the angry emails we send to those with whom we are angry as well as to resist the urge to vent to coworkers via email or interoffice messaging about others in the workplace.

In a 2015 poll by the Wall Street Journal, 41 percent of people said that venting actually helped them “feel better.”

A 2002 study by Brad J. Bushman published in the Personality and Social Psychology Bulletin found that venting actually makes us angrier and more aggressive, a vicious cycle that can create a toxic work environment and pull down others with us. It goes without saying that this kind of thoughtless venting can come back to haunt you.

Like many workplaces that use internal business communications platforms such as Google Hangouts or Slack to boost creativity among teams, this is also the case for a colleague of ours. One day, they found themselves in this situation:

An employee, who for the sake of confidentiality will be referred to as Steve, had sent an email request to someone within his department. He’s been with the company about a year and believed himself to have a decent working relationship with a co-worker, whom we shall call Dean. Much to his surprise, Steve received an instant message from Dean shortly after his request. Given the nature of the message, Steve quickly realized that this was not intended for him. Instead, Dean was venting about Steve to another member of their team—Dean’s supervisor, Tom. With no genuine or heartfelt apology to go on, the damage was done. Steve’s working relationship with Dean and Tom was irreparably harmed.

The moral of this story: Few good things can come from venting, and certain things are better left unsaid.

Regardless of how we truly mean to express our feelings, we tend to sound angrier in print than in person. Hiding behind our computers or phones, either intentionally or unintentionally, our words can become easily misconstrued due to a lack of nonverbal cues like body language. As a manager or team member, we suggest that you reread your messages, sometimes more than once, and ask yourself, “How would I interpret this message if on the receiving end?”

What can you do to enhance your emotional intelligence? To become an expert listener, problem-solver, and relationship-builder with the ability to help your business survive and thrive, particularly in a digital environment?
It’s a matter of stepping back and finding ways to empathize with others and ensure we don’t let our emotions get the best of us.

Acting on impulse, expressing anger, or venting emotions can damage relationships, cause embarrassment, and lead to regret. The next time you feel the urge to express a gut reaction, take some advice from Thomas Jefferson and count to 10, 100, or higher if that’s what it takes to keep yourself from doing something rash.

About the Author
Megan Winnicker

Megan Winnicker is the marketing coordinator for Winning Consultations. A graduate of Rider University with a B.A. in Journalism, she holds more than a decade of communication and marketing experience in both the non-profit and academic sectors. A published author, her professional strengths include feature writing, social media marketing, photography, publication planning, and graphic design.

When not working for the Division of Enrollment Services at Kean University in Union, New Jersey, Megan devotes her free time to serving as a freelance editor and is currently pursuing a Master in Public Administration.