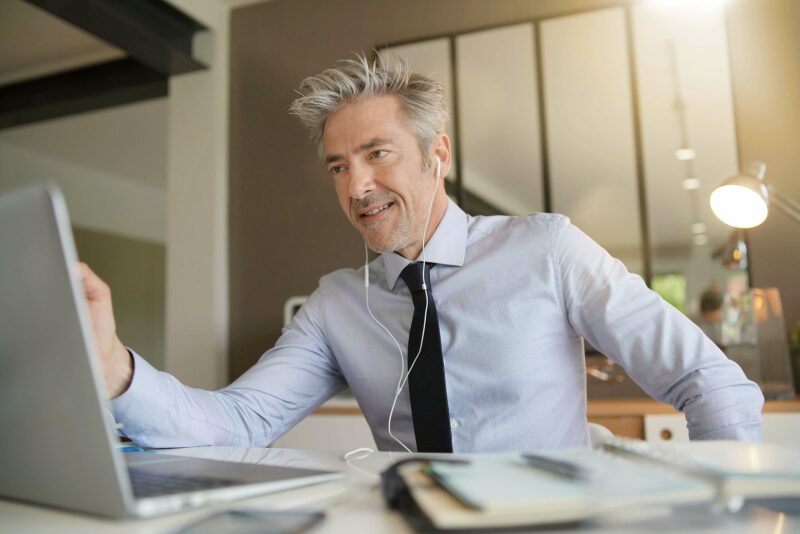 The Easy Way to Give Remote Feedback That’s Actually Productive

Now that we’re fully remote, our communication has transitioned to Slack or Zoom, and providing feedback has become even more complicated.

Before the pandemic, I practiced what I was going to say, role-played responses, and wrote notes so I wouldn’t forget anything. But despite preparing, when I deliver feedback, my mind blanks. I stumble over my words. And I fail to articulate how I’m feeling.

Written feedback, I’ve found, goes to one of two extremes. Either I rely on neutral language with clear statements that are often misinterpreted as overly negative or critical, or I use flowery language with tons of exclamation marks and emojis to clearly communicate that I’m not mad. I end up failing to say what needs to be said.

It’s a lose-lose. And now that we’re 100 percent remote, there no longer seems to be any middle ground between these extremes.

A while ago, I needed to give my CEO some unfavorable feedback. This was the first significant feedback I had to deliver remotely. To say I was dreading it would be an understatement.

I needed to figure out how to deliver my thoughts without falling into either extreme. Slack felt passive and impersonal, while Zoom seemed on-the-spot and aggressive. Waiting to deliver the feedback until we’re able to meet in person wasn’t an option.

Then I had this a-ha moment—I would use video!

I could take notes, practice, and communicate verbally without the pressure of handling interruptions. And worst case, I could always just start over.

I spent about half an hour outlining the feedback, making a note of all my points. Then, I recorded the video and watched it back. I was clear, calm, and articulate. I wrote a short summary to go with it that included a clear call to action. It went something like this: Here is some feedback on such and such. Please watch it, think about it, and prepare to talk about it live tomorrow.

This way, he could digest the feedback without an audience. Eighteen hours later, he came back ready to discuss what I’d said in a calm manner. It ended up being the most productive feedback delivery and subsequent follow-up I’ve ever had.

The 5 Musts of Productive Feedback

Sure, video gave me the capacity to deliver feedback while remote. But that doesn’t mean that I could record myself saying anything I wanted, even if it felt honest.

I needed then to be conscious of how it would be received, and we should all do the same going forward here. Here’s how I make sure my feedback is productive no matter how I need to deliver it:

1. Be direct (and kind). Employees can’t improve without candid input. But if the recipient feels attacked during its delivery, the feedback won’t be helpful.

2. Be as specific as possible. Give concrete examples if you can; otherwise, it might come across as “people think you suck.” Not only is this not constructive, but it makes the recipient feel like everyone is out to get them. The paranoia is real.

3. There is nothing wrong with constructive feedback. Period.

4. Don’t make it personal. The feedback that the person perceives as directed toward a task or objective improves their performance.

5. Provide feedback in real-time. It’s super frustrating when someone has feedback but fails to provide it in a timely fashion. Often, when this happens, the feedback is no longer helpful by the time it’s delivered.

Follow-Up: The Most Important Part

As soon as I give feedback, I clarify that I intend to discuss it the next workday. If you wait any longer than that to connect (like any untimely feedback), the follow-up becomes significantly less effective.

With that being said, it is much more critical that the follow-up is live (even if it’s over Zoom) than that it happens the following workday. So, if the follow-up absolutely has to wait a bit, let it.

In the meantime, don’t avoid the other person on Slack or email. Just be mindful that your responses are kind, quick, and neutral until after the follow-up happens.

When it’s finally time to follow up, don’t jump right into the conversation. Start by asking them how they are. I can’t stress how important this is. Not only does it let the other person know that the conversation will be safe and constructive, but it allows you to gauge where the emotions are before diving in.

If the emotions are settled, go ahead and start the follow-up. (If not, suggest rescheduling the follow-up for later in the day.)

Then, be honest. At this point, it’s about openly discussing the feedback, where it came from, and how to move forward. I’ll even save the last 10 minutes to clearly outline the next steps, so there’s no guessing games.

I’m not saying this way is perfect. But it is unquestionably the most productive way to deliver feedback remotely that I’ve found so far. In fact, when we finally return to the office, I am even going to encourage our team to continue using this feedback and follow-up process. Because it really is that good.

Creating a Positive Learning Environment
Ensure your training events are set up to feel safe and welcoming for all participants.
Learn More

About the Author
Sasha Robinson

Sasha Robinson builds high-impact teams and cultures--it's kind of her thing. And for the last 5 years, she's been doing exactly that for some of the fastest-growing SaaS companies around. She's obsessed with people-focused data, crafting authentic employee relationships, and promoting equity. And creating happy, inclusive work environments where everyone can be their best gets Sasha out of bed each day. Literally. Her love for all things People Ops (Pops for short) started when she was earning her degree from Barrett Honors College at Arizona State. (You can thank her thesis on diversity in the workplace for that!)

Today, Sasha is the Head of Pops at Trainual, the world's leading business playbook software. (And she'll tell you she has the best job ever!) When she's not working, you'll find Sasha dancing down the Trader Joe's ice cream aisle, binge-watching Schitt's Creek, or consuming copious amounts of caffeine.