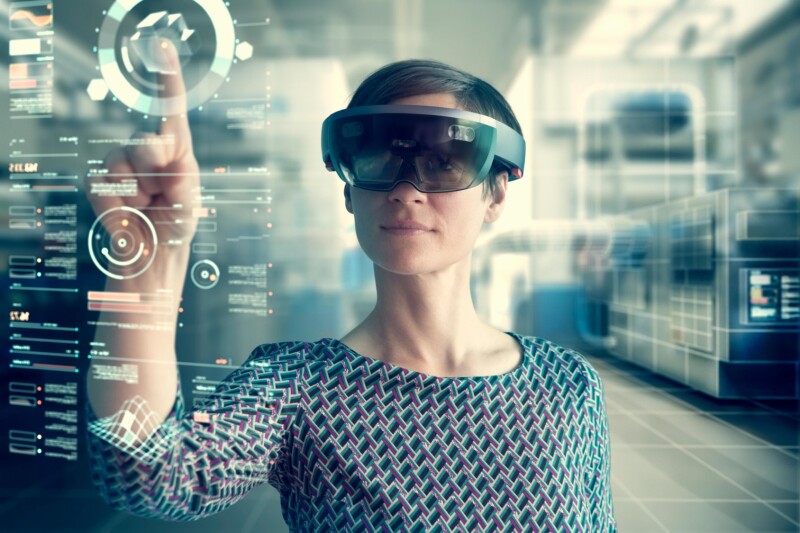 When you ask someone what the metaverse is, you can expect to hear something like, “It’s the project Facebook … I mean … Meta is working on.”

Indeed, when Facebook rebranded to Meta in October 2021 at the company’s annual Connect Conference, the multibillion dollar social behemoth established itself—at least in the minds of many casual observers—as the leading architect of the metaverse, the next version of the internet that allows users to immerse themselves in real-time rendered 3D virtual worlds.

Meta’s metaverse cost $10 billion this year alone in development. This corporate entity would likely stand on a different foundation than the metaverse so many other players in this space have been working on for years.

This clash of visions is yet another example of how different the interests of major corporations and people who use their products and services can be.

Regardless of the specific shape it will have, the concept of the metaverse will play an important role in the future. The entire metaverse industry is expected to grow at a compound annual growth rate of 13.1 percent during the next few years, and its growth will accelerate as it becomes more accessible.

Epic Games CEO Tim Sweeney sees the metaverse as a potential “multi-trillion-dollar part of the world economy,” which, like the internet as we know it today, would not be owned by any specific corporation.

Currently, the buzz around the metaverse is, to a large extent, generated by some of the biggest tech players entering the space:

Major corporations will play a huge role in the evolution of the metaverse, which leads to the question: Will they introduce the same privacy and data-protection problems that plague the current internet?

Take Meta, for example. The company’s business model revolves around user data. The company then uses the gathered data to allow third parties to show Facebook’s users targeted advertising, and it also shares the data directly with other technology firms, including Amazon, Apple, Microsoft, Netflix, and Yandex.

A Meta-controlled metaverse consisting of virtual reality experiences like Horizon Worlds, Venues, and Workrooms accessible via Meta’s Oculus Quest headsets would present an infinite number of opportunities to analyze all user activity, including what virtual content users interact with and for how long. Meta could then use the collected data to transform its metaverse for the benefit of advertisers and its business partners.

If user interaction data is stored in a centralized fashion, it would be difficult for independent third parties, let alone regular end-users, to verify exactly who has access to it and under what conditions. It’s not difficult to imagine another Cambridge-Analytica–style data scandal, with a political party or a nation-state analyzing metaverse users to influence their actions.

Since 2008, the entire world has been witnessing the tremendous disruptive power of decentralization as blockchain-based cryptocurrencies like Bitcoin came to dominate financial news, providing alternatives to government-controlled fiat currencies.

Since then, countless applications of blockchain technology have emerged across all sectors, all taking advantage of the blockchain’s ability to store data securely and verifiably in a timestamped, immutable ledger within a decentralized database without the need for a “trusted” central authority.

Decentralized finance, or DeFi, is a system by which financial products become available on a public decentralized blockchain network. DeFi wallets like MetaMask and Trust Wallet are open for anyone to use. Unlike when you go through middlemen such as banks or brokerages, unique identifiers such as a government-issued ID, Social Security number, or proof of address are not necessary to use a DeFi wallet, increasing its privacy and anonymity.

This revolutionary blockchain technology is helping address the privacy and data protection problems a centralized metaverse would inevitably be plagued with. Sean Stein Smith, a professor at City University of New York, Lehman College, shares: "In order to realize the true potential of this space, there will need to be a transparent and traceable method to 1) conduct transactions and 2) interact with each other; blockchain and cryptoassets provide a potential answer to this need. The metaverse may, and deservedly so, make headlines, but blockchain and cryptoassets are key components to having this technology reach its full potential."

Already, a host of decentralized metaverse projects are taking advantage of blockchain technology to deliver user-owned experiences that are resistant to censorship and interoperable with one another.

Perhaps the most prominent representative of the decentralized metaverse is Decentraland, a world built on the Ethereum blockchain, controlled by a Decentralized Autonomous Organization (DAO) made up of individual players who can vote to change the policies that determine how the world behaves. Decentraland has its own cryptocurrency, MANA, and this cryptocurrency can be freely exchanged on cryptocurrency exchanges for other currencies.

Other representatives of the decentralized metaverse include The Sandbox and Somnium Space. Together with Decentraland, these virtual reality universes tokenize in-game assets and land parcels to give players the ultimate control over the world they inhabit and help create—the same control they enjoy over their real-world possessions. 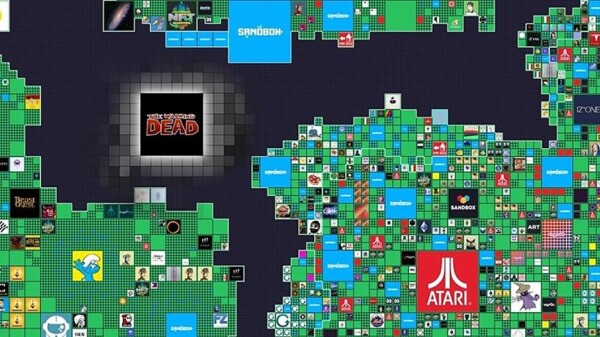 The Sandbox map of land plots owned by individuals, collectives, and corporations or brands like CryptoPunks, Snoop Dogg, Atari, the Walking Dead, and Smurfs.
Advertisement

These decentralized collectives are already seeing a land grab by individuals and corporations. Like an Airbnb for the metaverse, individuals, corporations, artists, and more can rent virtual locations to host events. Digital billboards exist within these unique experiences as shown in the image below. 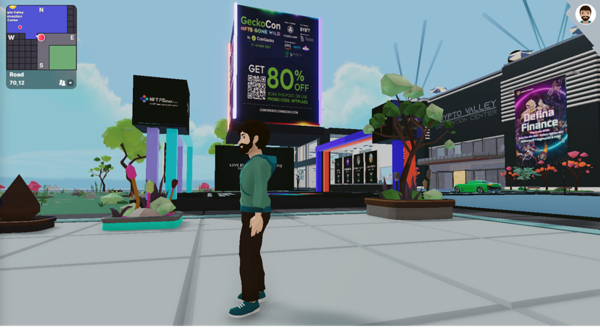 Digital billboard provided by NFTplazas in Decentraland around Crypto Valley. 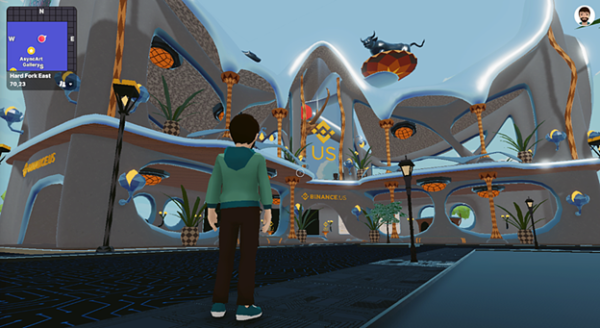 Binance-owned plot of land in Crypto Valley within Decentraland.

The Future of the Metaverse

Even though the concept of the metaverse has been with us ever since Neal Stephenson released his dystopian cyberpunk novel Snow Crash in 1992, we’re still far away from its realization.

The success of the early internet was tied to interoperable standards and open technologies that made what we enjoy today possible. Modern collectives like the Blueprints for the Open Metaverse, created by Crucible’s Ryan Gill, are a fantastic example of industry professionals beginning to establish interoperable standards to ensure the metaverse stays open and decentralized. Web 1.0 established technologies and standards now taken for granted, such as URLs and HTTP. Web 2.0 transitioned from a read-only internet to the user-generated content (UCG) internet we know today with the democratization of content creation. Web3 or Web 3.0 will need to have similar standards and protocols established. Once these standards are established, Web 4.0 will be possible.

At this point, the metaverse can be built on two different foundations:

The beginning of the next evolution of the internet, known as the metaverse, is already underway, and it will likely give birth to the next generation of technology giants and start-ups that disrupt established industries in ways no one can currently predict.