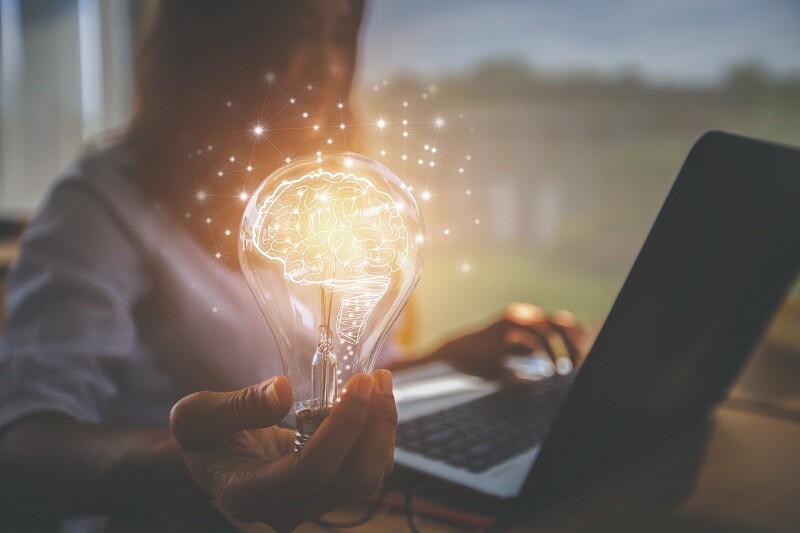 The Gift of Moral Imagination

As we prepare to gather in Salt Lake City—and for many of us, this will be our first large in-person gathering since the great lockdown from COVID-19—we are picking up the pieces of our lives from the disruption and fallout of the pandemic and fashioning our new reality.

We and those we coach and educate are craving leadership and wise guidance. A core truism is that change cannot come without destruction, attendant shock, and grief. Moral imagination, then, is a vision of what ethical summit can be reached as we walk around the rubble of what is and becomes the greatest gift we can give to ourselves and members of a community seeking a path forward.

Moral imagination helps individuals, teams, and organizations choose actions designed to harmonize the conflicting values that became evident within the disruption brought on by COVID-19. As we look at three types of disruption, those who pair vision with moral courage can support those navigating the terrain of change.

While natural disasters such as fires and floods are the usual culprits, the ability of organizations to adapt quickly was tested during the COVID-19 pandemic. During these situations, those who considered all stakeholders, discerned what was needed to meet expectations, and imagined new ways to deliver their goods and services survived. For example, many restaurants that were unable to seat patrons pivoted to making take-out meals with limited menus. As a result, they stayed in business—or grew—even though no one could physically come to their sites.

When reacting to unanticipated (or anticipated but unpredictable) disruptions, the ability to discern a situation and organize action is critical. Those who can imagine new ways of meeting existing needs then move into action to mitigate the damage caused by the disruption will lead the way to recovery. During the recent pandemic, nimble leaders minimized the organization’s losses at the same time they moved into new ways of doing business.

These disruptions exist on the horizon as stakeholders outside the organization express dissatisfaction with the way business is being done. During the past month, the world of university athletics and the National Collegiate Athletic Association (NCAA) was disrupted twice. The first was the US Supreme Court decision , NCAA v. Altson, et. al., where the Court determined that the NCAA was subject to the antitrust laws and that they could not put caps on educational benefits. The second was the nudge from a group of states that passed legislation allowing for athletes to receive compensation for the third-party use of their names, images, and likenesses (NIL). The NCAA responded by publishing interim rules allowing this form of compensation and placing the responsibility on the shoulders of the universities for determining the rules for their athletes.

Faced with criticism and pressure from all sides, the NCAA dithered, hoping the problem with new expectations for compensation would go away rather than taking decisive action, which would have kept them in a leadership role. Members of various committees held endless meetings but took no action until states passed their own piecemeal legislation and the Supreme Court weighed in on compensation limits.

Those who follow the news know that issues such as pressure for fair compensation, provisions of health-care benefits, and responses to concerns about diversity all have a long lead time before community opinion coalesces and official action is taken. A visionary leadership team or guide can nudge the organization forward, so they are seen as ethical leaders responding to changing expectations. As proactive industry leaders, they are also able to have more influence over shaping a response to the problem. In the process, they can avoid being placed in a reactive mode to legislative or judicial dictates.

The final source of disruption comes with internal stakeholders hesitating and bickering about needed change until forced to act because of a disaster. As the backstory about the recent collapse of a condo in Florida comes forward, we’ve learned that the owners were warned about the unsafe condition of the building but hesitated because the cost of repair was so high. A similar concern about the cost of retooling engines and getting FAA approval contributed to Boeing’s problems with the 737.

As tomorrow is uncertain and varying experts read the situations differently, leaders with performance expectations have a hard task convincing others to invest in the future by making upgrades or perhaps removing popular but toxic community members. Because of the values of the investment community, most leadership teams are rewarded based on short-term gain and not disrupting the community. They are not rewarded for spending money for long-term gain or for causing short-term organizational disruption to ensure the long-term health of an organization.

While the source of the disruption may differ, leadership and coaches with a clear vision and moral courage can lessen the disorder’s impact and provide a way forward over which they have more control. The core to an effective mitigation strategy is considering the values of the central stakeholders to ensure the strategies intentionally harmonize the conflicting values so that the voices and concerns of all are included.

In the examples above, the desire to maximize revenue and minimize change resulted in the organization losing control of the situation and having solutions externally mandated. Responding to change from an ethical center can minimize the disruption and create a healthier and often more profitable organization. Moral imagination is the skill that can turn chaos into progress, disharmony into balance, and disruption into an opportunity for growth.

About the Author
Catharyn Baird

Catharyn Baird is the founder and CEO of EthicsGame, LLC. Baird’s research resulted in the development of the Ethical Lens Inventory™, a typology used by more than 550,000 people to determine their ethical preference and leadership style. Baird is a highly sought out speaker for universities and professional organizations. Her TEDx presentation, Ethics For People on the Move, explores how we define an ethical life and how to leverage ethical plurality to wisely build strong cultures.