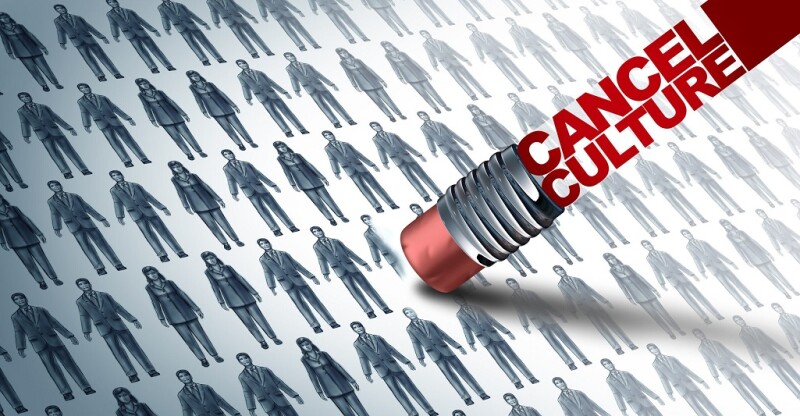 The Problem With Developing Leaders in a Cancel Culture

Roy T. Bennett could not have been more wrong when he said, “The one who falls and gets up is stronger than the one who never tried. Do not fear failure but rather fear not trying.”

Though I make these claims in tongue and cheek, this is how many leaders feel today. Leaders must always say and do the “right” things or risk having their career ended by cancel culture.

What Is Cancel Culture?


Merriam-Webster defines cancel culture as “the practice or tendency of engaging in mass canceling as a way of expressing disapproval and exerting social pressure.” Being “canceled” has ended careers and wreaked havoc on many personal lives.

With humble beginnings in 2015, cancel culture first appeared on Black Twitter to refer to a personal decision, sometimes seriously and sometimes in jest, to stop supporting a person or their work. The phrase quickly grew in popularity. By 2017, the idea of “canceling” celebrities for problematic actions or statements became extremely popular. Admittedly, when I first heard about “canceling people” for inappropriate actions, I felt it was very overdue; but today, I have many more questions and much more concern.

As leaders, we can learn more from our mistakes and the mistakes of others than we can from instances where everything goes as planned. But, sadly, there is a growing number of leaders who are hesitant to share stories of their past mistakes for fear of being “canceled.” In fact, on the Alex Tremble Show, I find myself preceding certain comments or questions with “I hope I don’t get canceled for this” before addressing a sensitive topic my audience wants to learn more about but are too afraid to ask.

Why Cancel Culture Is Toxic

But, as Dr. Jean Kanokogi (co-author of Get Up & Fight: The Memoir of Rusty Kanokogi, The Mother of Women’s Judo) shared during our interview, “when the rules are written, and they are so out-of-date, then it’s time to push the envelope.” Our society has adopted an unwritten rule that requires us to remain silent on difficult issues if we don’t want our voices to be silenced and our careers to be derailed. But, it’s those difficult and crucial issues that we must wrestle with to grow as leaders and as a society. And, as leaders, it is our job to fight those things that are wrong.

A recent Pew study found that although many Americans feel that cancel culture can be used to hold leaders accountable for their actions and fight against systemic racism and sexism, many respondents felt that “people need to consider the context in which the statement is made.”

As leaders, we must be able to distinguish between black, white, and gray. Yes, there are some things that are 100 percent good all the time and should be supported. Yes, there are things that are 100 percent bad all the time and should be addressed speedily. But, as leaders, we know that most things are gray, nuanced, and require much more discussion and learning to fully understand.

How to Make Space for Difficult Discussions

So, do I know where the black, white, and gray lines are for every situation? No. But, I know that leaders must be willing to stand up and push for those spaces where honest and raw conversation can be had. We must maintain safe spaces where people can learn from mistakes and discuss different perspectives on complex and sensitive issues. As Zondwa Mandela once shared, “truly great leaders are the ones who push back when they see something wrong and make the right decisions even when it’s not popular.”
Advertisement

Like most things in life, being successful in this endeavor requires intentionality. Thus, in addition to the strategies discussed in my TD article "Career Launch," the following recommendations should be incorporated within any talent development program you lead:

The last point is extremely important. Especially with serious or challenging topics, these topics require a great deal of cognitive and emotional energy to adequately address them. Providing opportunities for levity and bonding can “refill the tank” and lead to more positive outcomes.

"Our culture has accepted two huge lies. 1. If you disagree with someone’s lifestyle, you must fear or hate them. 2. To love someone, you must agree with everything they believe. Both are nonsense. You don’t have to compromise convictions to be compassionate."

I am not asking everyone to agree with one another on everything. I am only asking that we seek to understand one another and provide the space for the crucial and difficult conversations that are needed for us to grow as leaders and as a country.

Alex D. Tremble is an award-winning speaker, author, and expert in developing, navigating, and maintaining difficult, complex, and strategic, relationships. Additionally, Alex has over 10 years of experience coaching and advising some of our nation’s most senior level leaders, developing and facilitating organizational leadership developing programs, and is the host of The Alex Tremble Show. The Alex Tremble Show provides ambitious leaders with the leadership and career advancement skills required to excel as senior and executive leaders.

Alex began his career managing three government-wide senior leadership development programs, and quickly went on to establish the Tremble Influence Academy, while publishing two bestselling books ("Reaching Senior Leadership: 10 Growth Strategies Every Government Leader Should Know” and “The GPS Guide to Success”) geared towards helping leaders gain influence and attain career success. Alex is a Leadership Center for Excellence 40 under 40 honoree and also serves as the Chief Culture Officer for America’s second largest national conservation corps, American Conservation Experience. Alex is passionate and committed to helping our nation’s leaders reach their highest potential; personally, and professionally. Alex received his Bachelor's degree in sociology and psychology from William Penn University and his Master's degree in industrial and organizational psychology from the University of Baltimore. Please visit AlexTremble.com to gain the tools and strategies you need to reach your leadership and career goals.