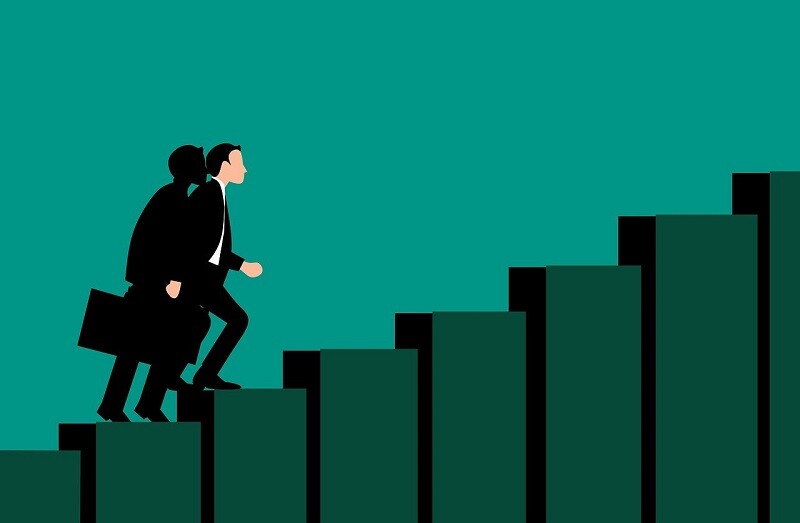 Like many other people my age, I entered corporate America with student loans breathing down my neck and a college degree in a subject that I didn’t know what to do with. I took the first position I was offered with no salary negotiation whatsoever, mostly because I didn’t even know salaries could be negotiated.

A lot has changed since I accepted that first position as a receptionist. I spent the first half of my short career accepting the positions that came across my path as long as the new role increased my pay and offered some semblance of moving up at the company. It wasn’t until I took my first role in sales enablement that I realized I might have discovered my career. I was in the role for a little more than a year before I detoured back into sales operations because I was offered more money and a higher title. Even though I loved what I was doing, I fell back into my previous habits. But there was a moment during our sales kickoff when I volunteered to facilitate a breakout session that I realized I didn’t love operations but did love enablement. I promised myself then that I would figure out a way to get back into the profession that I enjoyed the most and take a more active role in my career path.

I also realized at that time that the choices I made when choosing a company, leadership, or position would directly affect my ability to achieve the professional goals I had set for myself. No longer was I solely interested in the title or the pay; it was now more about the opportunity to grow professionally and get the experiences I could leverage later on in my career.

It sounds easy enough to wake up one morning and decide to take control of your career, but what does that look like in practice? I’ve broken it out into three areas to focus on:

You’re not alone if you don’t have any idea of what to set as your career goal. Mine was to make enough money to not have to live paycheck to paycheck, but aside from that I didn’t know what I wanted to do. A goal can be any number of things: a title you want to achieve, a pay-bracket you want to reach, or just want to be able to cover your bills and have a social life without over-drafting your bank account.

Career goals don’t have to be big or intimidating and setting a goal for yourself can help guide you toward when to look into a new position inside or outside of your company. For example, like I mentioned above, my initial career goal was just to make enough money. Over the years though, my goals changed, especially once I decided on the path I wanted my career to take. A few years ago, after working on some enablement teams, a goal I had was to build an enablement function from scratch and try my hand at all the ideas I had, which drove me to the position I had with Divvy. I looked for young, startup companies that didn’t have an existing enablement function, and I was lucky enough to have found that with that company.

Having goals is also helpful when you decide to start looking for a new company because they can help guide the questions about the company and the culture as well as your hiring manager’s approach to developing their employees. Knowing that I wanted to build an enablement function helped focus my job search and find the best option for myself.

I love lists. They help me organize my thoughts and get them in front of me to better explore the ideas. If you’re feeling lost while making a career goal for yourself, a great place to start is to make a list of what you like and dislike about your job. The trick here is to really dig into those pieces. For example, one of the favorite things about my job is onboarding—but what do I love about onboarding? I enjoy the personal relationships I’m able to form with new hires, the ability to create an organized and impactful program for people just starting at the company, and strategizing what a new hire needs to know to be successful in their role.

By plotting this out and digging in deeper, if at some point I decide that maybe this isn’t the career path I want to continue down, at least I know my skills and passions, which can help me identify a better position for myself somewhere else.

Talking to Someone in the Role You Want

This is where those LinkedIn stalking skills can come in handy. Once you’ve identified a role, company, or profession you want to pursue, find someone who is already doing it well. Why try to figure out on your own how you can accomplish that goal when you could get a lot of great ideas from someone who has already done it.

Once you identify someone that meets this criteria, I would highly encourage you to reach out to them and offer to buy a virtual coffee and pick their brain about their experiences and how they got to where they are. Most of the time, folks are receptive to helping others, offering advice, and sometimes even mentoring.

When I was looking for a mentor, I spent an afternoon on LinkedIn searching for people with sales enablement titles and started reviewing their experience. I then sent them personalized messages to connect. I took note of the types and years of experience they had, the trajectory of their job titles and roles, and who else in the industry they were connected to. As suspected, everyone I reached out to was more than willing to chat with me through their tips and tricks for career success.

Reaching out to these folks helped inspire me to create a Slack community of enablement professionals, experienced or not, to connect people to each other and provide an area for folks to share their experiences and struggles.

It can be daunting to think through what you want your career to look like, and by no means do you have to make one plan and stick through it for the rest of your professional life. But when you decide to look for a new role or company, think through how that position will help you achieve the goals you have for yourself, no matter how big or small those goals may be.

About the Author
Stephanie Middaugh

Stephanie Middaugh is a fearless and spunky sales enablement professional with more than 11 years in revenue operation and enablement functions and currently serves as director of enablement at WorkRamp. Data and results driven with a desire to break the mold of what enablement and training typically look like, Middaugh isn't afraid to try new things and has a track record of building impact-making and scalable programs and training at start-up companies that have led to successful IPOs and acquisitions during her tenure. Middaugh also has a strong passion for professional community building and is a prominent voice on LinkedIn and cofounded an enablement Slack channel for professionals to network, share best practices, and get advice from colleagues across industries and the world.