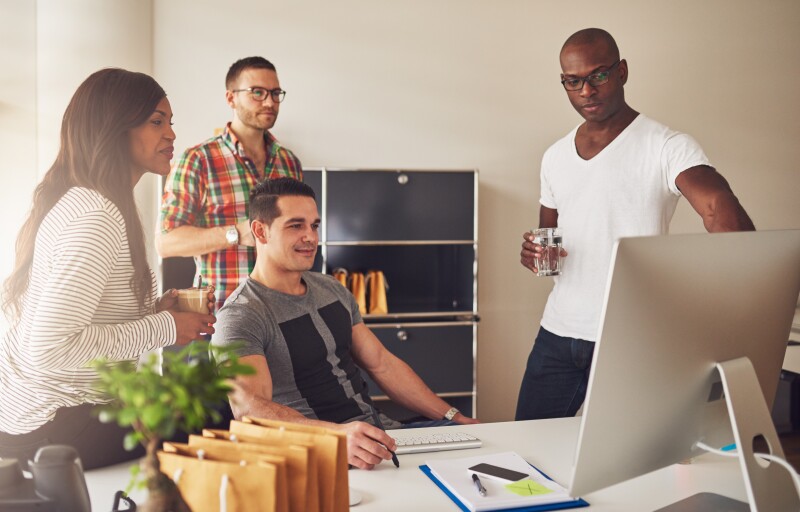 Unconscious Bias in the Workplace

Unconscious biases are reinforced by the environments we grew up in and our past experiences. We could unknowingly discriminate against people based on factors such as race, ethnicity, gender, sexual orientation, and class. It is necessary to address the existence of this phenomenon and recognize the way our unconscious minds think. Here are three reasons why you should defy your unconscious bias in the workplace.

Employers sometimes find themselves comparing candidates based on factors that are unrelated to their qualifications. Often, these biases are conscious and deliberate. However, it’s possible that some people unintentionally associate groups to individuals. It’s natural to avoid people who would impede the company’s growth, but it’s important to view each candidate objectively and to prevent unconscious bias from affecting your decision making. Addressing your unconscious bias may allow you to create a more diverse and balanced workplace.

Solution: There’s technology out there to track employer’s recruiting and employment process. Many feature tools that help log interview notes, enabling you to identify common biases and address discrimination at the hiring stage, which will result in significantly better decision making void of prejudice.

Having a balanced demographic representation doesn’t resolve this issue. Unconscious bias can exist in the form of harassment in the workplace. It is human instinct to use unconscious bias when interacting with others, as it helps us determine whether or not a situation is dangerous. However, employees will not be able to thrive in a hostile environment. To improve productivity, workers must set aside differences and learn to accept people regardless of their background.
Advertisement

Solution: It’s important to implement policies that will prevent future conflicts from occurring in the workplace. Your workers should know that they are in a safe and welcoming environment, which can be done by requiring certain training courses. OpenSesame offers a wide range of courses and resources focused on diversity promotion and harassment prevention.

In the past, minority groups have not had the same rights and privileges that others were inherently born with. This continues even today, and the disparities seen in everyday life have altered our perspectives about everyone’s roles and positions in society. It’s easy for beliefs and goals to follow accepted social norms; however, many beliefs can negatively affect career advancement and hold people back from showcasing their true potential.
Advertisement

Solution: Companies should invest in the minority groups that are typically underrepresented in the workplace or are often subject to bias and harassment. They must get rid of old assumptions and beliefs and replace them with new ones. If you have employees who aren’t confident in their own abilities, no one else will be either.

Defying your unconscious bias is difficult, but measures can be taken to detect and reverse it. If you’re starting to question your self-judgement, consider taking the Implicit Association Test (IAT), and if you’re curious about your organization’s DEI progress, check out the DEI Progress Survey. The results could lead to a discovery of implicit associations that you or your organization didn’t realize existed.

For more resources around diversity, equity, and inclusion to elevate your ideas, boost your initiatives, and help you drive meaningful impact within your organization, visit OpenSesame.

About the Author
Amber Bogdewiecz

Amber Bogdewiecz is an experienced copywriter with a diverse background, developing stories for a wide range of unique businesses. She is also the co-founder of the urban cycling apparel line, The Bike Dress, providing inclusive, minimalist styles that merge fashion and function.