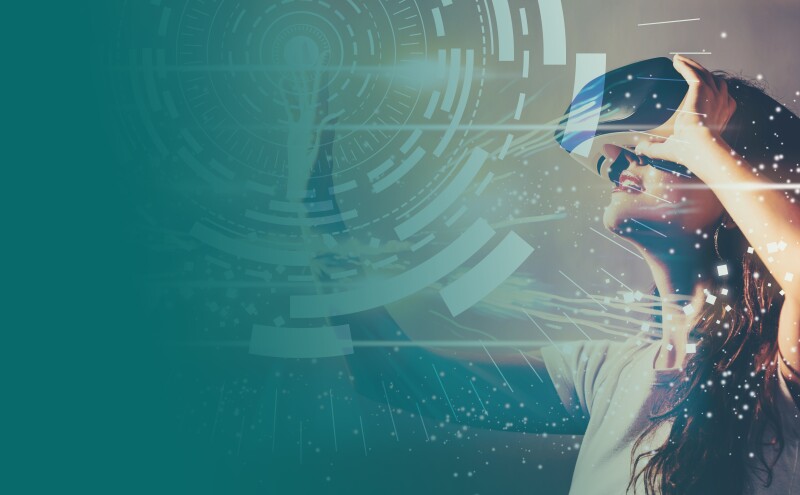 What Is the Metaverse: Where We Are and Where We’re Headed

Since Facebook rebranded as Meta on October 28, 2021, the nebulous concept that inspired the new name has been a hot topic of discussion.

While it may seem that the metaverse is a product of Meta’s wild ambition, that’s not the case at all. Some would argue that the metaverse Mark Zuckerberg spent so much time describing during the Connect 2021 conference keynote already exists, while others see it as the next evolution of the internet known as Web3 or Web 3.0.

In part, that’s because the metaverse means different things to different people, but it’s also because the lines between the virtual world and reality have become blurred beyond recognition.

What Is the Metaverse and Where Did the Concept Come From?

The term metaverse can be traced back to Neal Stephenson and his dystopian cyberpunk novel Snow Crash. The novel was released in 1992, and it’s considered a canon of the genre, along with William Gibson’s Neuromancer, which describes a virtual reality dataspace called the matrix.

The metaverse in Snow Crash is a 3D virtual reality space accessed through personal terminals and virtual reality goggles that have a lot in common with the Oculus Quest and other VR headsets. This 3D space appears to its users as an urban environment created along a single hundred-meter-wide road, the Street. Stephenson writes:

Like any place in Reality, the Street is subject to development. Developers can build their own small streets feeding off of the main one. They can build buildings, parks, signs, as well as things that do not exist in Reality, such as vast hovering overhead light shows, special neighborhoods where the rules of three-dimensional spacetime are ignored, and free-combat zones where people can go to kill each other.

If Stephenson’s vision of the metaverse seems familiar, it’s because massively multiplayer online games (MMOGs, or more commonly, MMOs) share many of its properties. In Second Life (released in 2003), for example, users can customize realistic avatars, meet with other players, create virtual items, own virtual property, and exchange goods and services.

Virtual experiences like Second Life can be described as protometaverses. Why the prefix? Because they exist in isolation, each being a digital island whose inhabitants and their virtual assets never leave it. The metaverse Mark Zuckerberg wants to create isn’t some grand virtual experience—it’s the next version of the internet.

“We’ve gone from desktop to web to mobile; from text to photos to video. But this isn’t the end of the line,” writes Zuckerberg in a recent letter to his employees. “The next platform will be even more immersive—an embodied internet where you’re in the experience, not just looking at it. We call this the metaverse, and it will touch every product we build.”

Does the Metaverse Already Exist?

If the metaverse is to become an embodied internet, then it must have certain properties that separate it from isolated virtual reality experiences like Second Life.

Venture capitalist Matthew Ball describes them on his website:

The metaverse is a massively scaled and interoperable network of real-time rendered 3D virtual worlds which can be experienced synchronously and persistently by an effectively unlimited number of users with an individual sense of presence, and with continuity of data, such as identity, history, entitlements, objects, communications, and payments.

Let’s list the properties of the metaverse for better clarity:

In practice, the metaverse will exist when a user can enter a huge virtual shopping mall that can be experienced by as many people as the virtual space can fit, purchase a unique digital item, and then sell the same digital item a few weeks later inside a completely different virtual world—or perhaps on Twitter, eBay, or OpenSea.

Some may say, wait a minute; I have seen this movie.

The movie Ready Player One, which was first a book written by Ernest Cline and published by Random House in 2011, was directed by Steven Spielberg and might be the best visual example we have currently of what the metaverse could conceptually look like.

The movie, however, has some fundamental differences from expert views of the soon-to-come metaverse, including that there is only one major platform in the movie, the Oasis, that makes up the metaverse created by the fictional game company Gregarious Games. Another major difference is the primary use of VR hardware to interact in the movie’s version of the metaverse, as some experts believe that VR will have less overall use when compared to AR hardware (not emphasized in the movie).

What Will Power the Metaverse?

The metaverse will be driven by diverse forms of technology such as cloud infrastructure, software tools, platforms, applications, user-generated content, and hardware. In addition to the technical requirements, the metaverse will include various user experiences including, but not limited to, entertainment, gaming, commerce, social interactions, education, and research.
Advertisement

When Will the Metaverse Arrive?

The question is then, how long will it take before we move from various protometaverses toward the grand metaverse? Mark Zuckerberg believes that it will be by the end of the decade, but it could also be much sooner than that because foundational elements are already in place.

The infrastructure behind today’s internet allows massive quantities of people to gather in virtual environments, like when more than 12.3 million players tuned in for a VR concert in Fortnite featuring Travis Scott. This current infrastructure is very impressive, yet it will likely need to evolve further to support the metaverse industry experts envision.

We also have the hardware to render realistic virtual environments and avatars in 3D. Meta owns the leading producer of virtual reality headsets, Oculus. Microsoft has been supporting various enterprise use cases with its HoloLens mixed reality smart glasses since its first release in 2016. In addition, Apple is rumored to release its AR and VR headsets in 2022. HTC, Pico, MagicLeap, and other manufacturers are rapidly advancing various hardware platforms, while cascade technology architectures are shifting various computational loads across back-end server infrastructures to edge devices. Unity’s Furioos is a prime example of streaming fully interactive real-time 3D environments where the heavy lift of rendering the environments is handled by their automatically scaling GPU server infrastructure. The metaverse will be a ubiquitous computing experience where users can leverage traditional devices like computers and mobile devices while also enhancing the experience with emerging immersive AR and VR wearables.

Finally, the same innovative technologies that have been disrupting the financial services industry since the Bitcoin network came into existence in January 2009 can be used to enable the continuity of data in the metaverse. NFTs, or nonfungible tokens, are an excellent example of how blockchain technology can be used to verify the ownership of digital assets, and there are already 3D virtual reality platforms that take advantage of them.

Marc Petit, vice president and general manager of Unreal Engine at EPIC Games, stated in an interview recently that the metaverse will require, “shared virtual worlds that incorporate persistence.” What this means is that for an ideal customer experience a user should be able to move from universe to universe with their digital belongings. An example of this would be a user’s NFT shoes purchased from Nike in the future will be available for avatar use in Meta’s Horizon platform while also in other virtual worlds like those in Fortnite and Minecraft.

Another example, Decentraland, is a fully decentralized world that doesn’t have any central leadership. The world is based on the Ethereum blockchain, and it’s controlled by a decentralized autonomous organization. Through this organization and voting, players can control the policies that determine how the world behaves. Decentraland also has its decentralized currency, MANA, which can be exchanged on cryptocurrency exchanges for other currencies.

In the future, Decentraland could be one of many decentralized worlds that make up a portion of the metaverse, with digital assets and currencies flowing between them the same way fiat money and physical goods are exchanged by people living in different countries in the real world.

While nobody would own the metaverse itself—just like nobody owns the internet today—there will certainly be many important players in the space, and companies like Meta, Microsoft, Unity, Epic Games, Roblox, and others want to be among them, which is why they are pouring billions of dollars into making the sci-fi dream come true.

The metaverse is just an idea that was first described by sci-fi author Neal Stephenson in his novel Snow Crash. Soon, it could become reality because many large technology companies are betting that it will be as big—if not bigger—than the internet is today. Anyone who doesn’t want to wait for individual virtual experiences to form one massive world of worlds can join platforms like Decentraland, Horizon Workrooms, or Roblox to get at least some idea of what the future will possibly look like.

5 Comments
Sign In to Post a Comment
Sign In
WS
Wordy Smith
October 07, 2022 02:06 AM
For a play-to-earn NFT game such as KaraStar, incorporating Metaverse helps to introduce interactive ways as well as additional options for players to earn in our blockchain — plus makes it fun too! https://wordmaker.info/how-many/metaverse.html
Sorry! Something went wrong on our end. Please try again later.