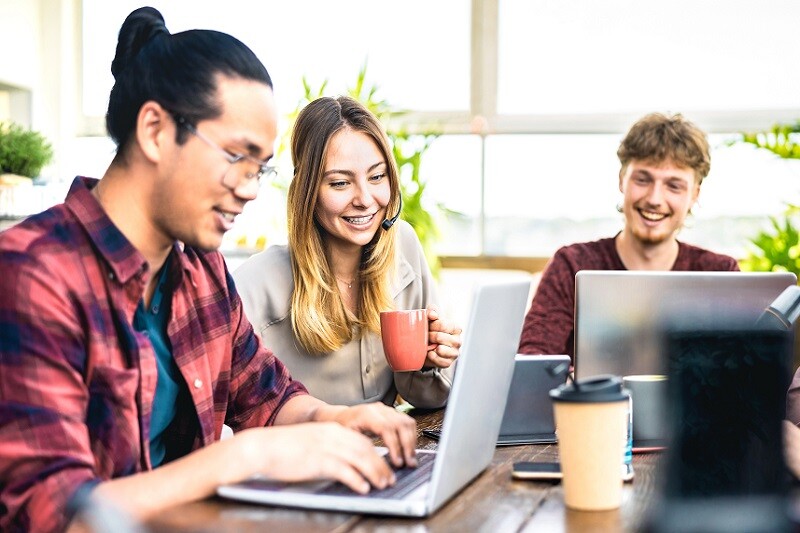 What Values Do Generation Z Bring to the Workplace?

With the oldest of the generation being born in 1995, millions of Generation Z members are active participants in today’s workforce. Worldwide, Gen Z numbers are over two billion strong. Nine in ten live in emerging markets, with India claiming one out of every five Gen Zers. By 2031, Gen Z’s collective income will surpass Millennials’, claiming over a quarter of the global total.

At home in the US, Gen Z has earned the nickname of “the diversity generation.” Forty-eight percent of Gen Z is non-white, and 20 percent count themselves as members of the LGBTQ+ community. Gen Zers are also on track to be the most well-educated generation in America. Fifty-seven percent of recent high-school grads enroll in postsecondary education though only 44 percent live with a college-educated parent.

How do these factors influence Gen Z’s participation in the workforce? To start, Gen Z isn’t as loyal to specific companies as past generations. Only 36 percent say they have a strong connection to a particular brand. Instead of taking pride in a company’s name, Gen Z puts a stronger emphasis on the company’s values. In 2020, Gen Zer’s trust in major institutions fell by 10 percentage points. This generation wants to work for companies they trust to do the right thing.

Partially as a result of their own diversity, Gen Z wants to work for companies that take inclusion seriously. A majority of those surveyed want to see brands pursue wider inclusivity initiatives as part of their company policy. They also want more diversity in senior leadership positions. Brands can talk a big game about respecting diversity in their marketing, but it’s important to the new generation that they also practice what they preach. One actionable item that companies can implement relatively easily is including nonbinary gender options on online forms and profiles.

Another value Gen Zers hold close to their heart is sustainability. Having grown up witnessing the increasing perils of climate change, Gen Z wants to limit the damage as much as possible. Looking at their purchasing habits, 73 percent of Gen Z consumers said they were willing to pay more for sustainable products, the most of any generation. Companies that pursue green initiatives such as switching to renewable energy, committing to biodegradable packaging, and using recycled parts in products are more likely to win young people over. Generation Z wants work that they can take pride in.

About the Author
Brian Wallace

Brian Wallace is the founder and president of NowSourcing, an industry leading content marketing agency that makes the world's ideas simple, visual, and influential. Brian has been named a Google Small Business Advisor for 2016-present and joined the SXSW Advisory Board in 2019-present.