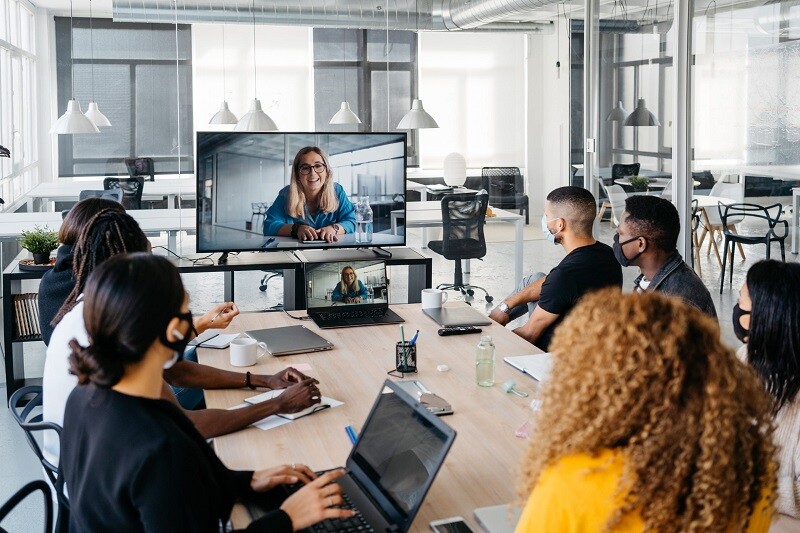 Workplace Collaboration in the Time of COVID-19: Q&A With Rob Cross

Rob Cross is the Edward A. Madden professor of global leadership at Babson College, co-founder and research director of the Connected Commons business consortium, and author of Beyond Collaboration Overload: How to Work Smarter, Get Ahead, and Restore Your Well-Being. ATD recently spoke with him about how smart companies are using collaboration.

Can you describe a time when you collaborated and the unimaginable happened?

About five years ago, I took a hard pivot in my research to do a tremendous number of interviews. I was interviewing someone on the positive dimensions of well-being, and in my first of 200 interviews had heard a marvelous story about a life sciences executive that had changed her life from a health standpoint. When I asked her what got her stuck to begin with, she paused for a moment, reflecting and said something like, “Just life I guess …”

We then spent the next 45 minutes exploring that—completely off script of the protocol—and uncovered all these relationally driven micro-stressors that accumulated around her and came at her through relationships. Eventually, we had 20 or 25 of these small touch points that had accumulated around her both through her career and through each day.

This idea of micro-stresses and how to address them then became a core part of my research and the remaining 199 interviews and has become wildly significant in work we do with organizations to think about well-being in different ways, from a mindfulness as well as a relational standpoint, and equipping people to see and alter the connections that are both getting them in trouble and enabling them to thrive.

All this came from both our willingness to move off the interview script and “collaborate” in the moment to explore something.

You say in your book that remote work projects done in isolation tend to fail. What are some tips you can relay to the remote workers out there right now so they can collaborate more effectively from home on their projects?

The more successful leaders in our work were far more likely to reach out broadly into their network early-stage problem solving. I tend to talk about two kinds of people. The first are successful people who have eight things on their plate, and the ninth request comes (or opportunity), and they hunker down to do it themselves, or they tap their most trusted person for help. The second has done just enough to drive down collaborative overload that they pause for a moment and reach more broadly into their network to see if collaborating with those with related expertise could yield a bigger impact.

It is this second group that builds a more structurally diverse network and wins over time. These people win because they accomplish things of greater substance, and they build reputations through their organizations as others come to them with opportunities.

The second critical point as an idea takes hold is to engage network opinion leaders who can affect the implementation of an idea. Routinely, the more successful people were great at finding energizers and sharing ownership with them. But what really surprised me was the effort they put into locating and engaging negative opinion leaders. They found these people by asking those in their network: “Who else might care about this (project)? Who might lean against it?” And then, they set up meetings early to get their input and engage with them. They won then because their plans were not derailed with a fatal flaw later or by a slow death of 1,000 cuts from influencers who were unsupportive.

Can you define a successful and engaged network and how those play against or with one’s own strengths?

Four dimensions are important to me in the book:

2) Are you able to reach broadly into your network at inception of an idea and then again in implementation? The first point creates innovation while the second creates scale.

3) Are you an energizer? Are you engaging others in ways that create pull to you and your ideas and 4) are you investing in connections that promote well-being.

There is a lot of detail in the book on these practices and the kinds of connections to target that go beyond what I can cover here, but at the heart of it those are the questions I ask leaders in all our development programs. And they are the ones I think about in my own work.

Please explain micro-moments and harvesting a micro-moment, so they are best used to open possibilities.

There were a series of interview studies in this book. One was a study of 200 successful leaders—100 women and 100 men—across 20 organizations. I was focused on relational drivers of performance in these people’s career-defining accomplishments—those efforts that put them on their upwardly mobile path. In discussing these, we would back into the projects to the very inception of the idea, and a huge proportion of the projects that came to define these people’s success emerged from small moments. Seeing someone at an elevator and getting back on with them, reaching out to someone they knew from the past that just popped up on LinkedIn pausing for a moment before leaving a zoom meeting to explore an idea just a bit more with someone. These and many more small moments were the initiation points of so much in these people’s lives.

And when I turn the lens to well-being, it is almost always the same. Core relationships, friendships, or groups that come to be hugely meaningful for people often happen in small moments where we ask one or two more questions about a person that uncovers a similarity you share are vulnerable in a moment and so an authentic connection is formed. Throughout all of this work, it has become clear to me that the magic of the happiest people lies not with the large things in life but the small.

If you could leave one note here for others around networking and collaboration, what would it be?

Be proactive and intentional with your connections. Never in the history of humankind have we had more ability to shape what we do and who we do it with, both in and out of work. But we too often give this control away and fall into patterns of interaction driven by other people’s needs. Some of this you have to do. But fall into too great a reactive posture, and life becomes miserable when it doesn’t have to be! 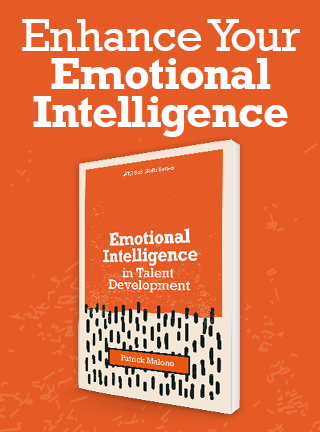 Lisa Spinelli is the Senior Content Manager for the Career Development, Talent Management and Finance communities as well as the ATD Job Bank administrator and host of the The Accidental Trainer podcast. She is also the creator and manager of the ATD transitioning military service member workshops, Troops to Trainers, and editor of the ATD Press book Teachers to Trainers.

Prior to joining ATD, Lisa worked as a content strategist, editor, and journalist for over 14 years. Some of her freelance work was previously published with Fast Company magazine, Huffington Post, Mental Floss, Northern Virginia Magazine, Houston Chronicle, St. Louis Post-Dispatch and the Associated Press, to name a few. She grew up in Rome, Italy, and is an alumna of the University of Virginia and the Graduate School of Journalism at Columbia University. She currently resides in Northern Virginia with her three little divas and USAF veteran husband. Follow her on Twitter @atdcareerdev.