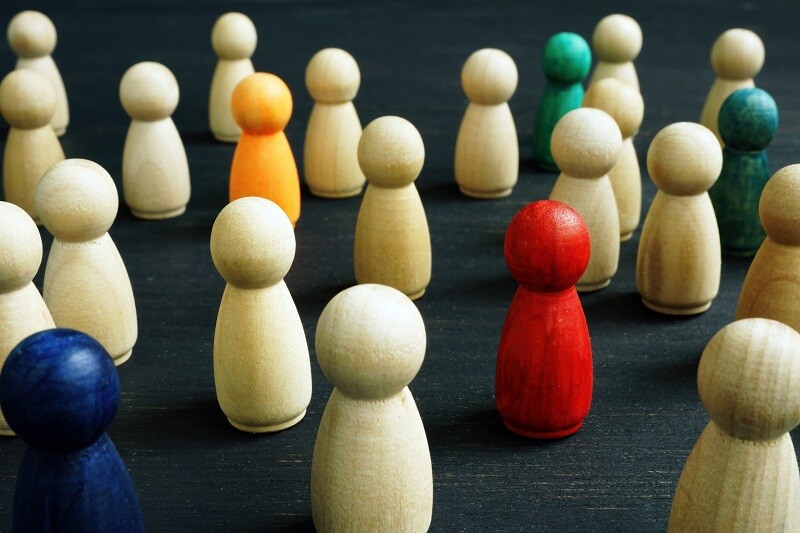 By Clayton Sinclair, III
Advertisement
2
Comments
Bookmark
Share
Brought to you by

Improving diversity has been a cause since former President John F. Kennedy used the term affirmative action in a 1961 Executive Order for organizations that wanted to participate in the federal contracting process. In reality, affirmative action stopped working in the 1980s and is one of the most maligned programs brought forth by the US government. Yet many of us who are on the frontlines trying to build better teams and better corporate cultures still cling to the idea that the pursuit of diversity is the best first step when the truth is the pursuit of diversity is really a byproduct of the best first step.

Let’s illustrate a few terms. Diversity is simply about bottoms in seats—in particular, the bottoms of people who come from traditionally marginalized groups. Inclusion encompasses the actions taken by those in power—typically, those who are not members of marginalized groups—to ensure that everyone, not just people like them, feels included as full members of the organization. And belonging is what people feel when they feel included; it’s what they feel when their viewpoints are valued and they can bring their full selves to work. Inclusion is the seed, and belonging is the flower.

As you work to promote inclusion in your organization, here are a few tips that will come in handy. Use them on yourself before trying out on others.

Tip 1: Start with a growth mindset.

Getting people to act inclusively often requires them to abandon old ways of doing things and adopt new behaviors. The root of being able to change is to have a growth mindset. A growth mindset understands that intelligence can be developed, while a fixed mindset believes that intelligence is static. The great news is that scientists don’t think that anyone is born biased; so, if bias can be learned, then it can be unlearned.
Advertisement

Being more inclusive is often a matter of changing your heart. Many people from traditionally marginalized groups will tell you that they would be just fine with more people acting to build an inclusive environment even if their hearts were not completely in it.

So, how do you facilitate a change in actions? First, promote awareness. Remind your colleagues that awareness can start by doing some introspection along with seeking specific feedback from people who are members of traditionally marginalized groups. Once a person has a handle on what to do differently, encourage them, as Nike would say, to “Just Do It!” You can work with individuals and teams over time as an accountability partner to ensure that new behaviors are being introduced and cemented in the culture. Moreover, the best organizations reward their people for exhibiting these new behaviors, including tying some portion of the pay of the most senior leaders in the organization to defined equity and inclusion metrics.

Tip 3: Let the metrics guide you.

People are dipping their toes into the water and seeking feedback. They are trying out new actions cautiously and usually within friendly confines. But you want to see more. Maybe you want to recommend an inclusion and equity learning journey for your leaders that targets bias in the talent lifecycle? In this case, let the metrics guide you to any hotspots in the organization where you can take advantage of quick-win opportunities. For instance, maybe it’s gender pay or promotion inequities or low engagement scores across people of color within your organization. The point is, don’t rely on anecdotal evidence to inform your efforts. Don’t yet have the metrics? Your first step is to rally support from your leadership to being naming and collecting them.

Tip 4: Have patience but expect progress.

Finally, as you see new actions or behaviors entering the culture, expect to occasionally hear someone yell, “Clean up in aisle six!” People, being people, are going to make messes. And when they do, encourage them to stay engaged. But also explain to them that continually messing up in the same way will no longer be tolerated. This is especially useful messaging for teammates with many in-group memberships because it is harder for them to see their bias in action, and it’s even harder for them to see their privilege. Let them know that messing up is okay but as with any other discipline that one is trying to learn and master, continually messing up is unacceptable.

With these tips in mind, keep persisting, and keep advocating. By nurturing the seed of inclusion, diversity and belonging will bloom.

About the Author
Clayton Sinclair, III

As a diversity, equity, and inclusion (DEI) practitioner and leader, Clayton Sinclair, III has coached and advised thousands of professionals over the last 16 years through coaching, facilitated learning events, and enterprise-wide programs. A Certified Diversity Practitioner, Clayton has designed and led programs for corporate diversity councils and employee resource groups for companies across the United States looking to launch or propel their journeys to becoming a more inclusive and equitable environment. He is a subject matter expert in many areas related to DEI work including understanding group dynamics, having “crucial conversations”, the power of intersectionality, owning privilege, unconscious bias, becoming an “anti-racist”, alignment of intent/outcome, and more.

As director of DEI for Blue Ocean Brain, Clayton ensures that DEI knowledge and best practices are woven into their award-winning microlearning content. He also conducts webcasts and produces DEI specific works across a variety of topics.

Shanon Thweatt, CPTD
June 02, 2021 09:48 AM
Clayton, my favorite aspect of this article is allowing people to mess up. We often feel that our efforts in diversity and inclusion will be seamless and clean. However, we're all at different points on the D&I journey, and it's unrealistic to think we will all respond the same.
Sorry! Something went wrong on our end. Please try again later.

Assegid Habtewold
June 01, 2021 08:14 PM
Thanks for sharing, Clyton! I was curious when I saw your title. I have been thinking, diversity comes first. Before we achieve inclusion and belongingness, we should first invite diverse people to the table. I must have missed something here. Can you help me fully understand how inclusion comes first? Thanks in advance!