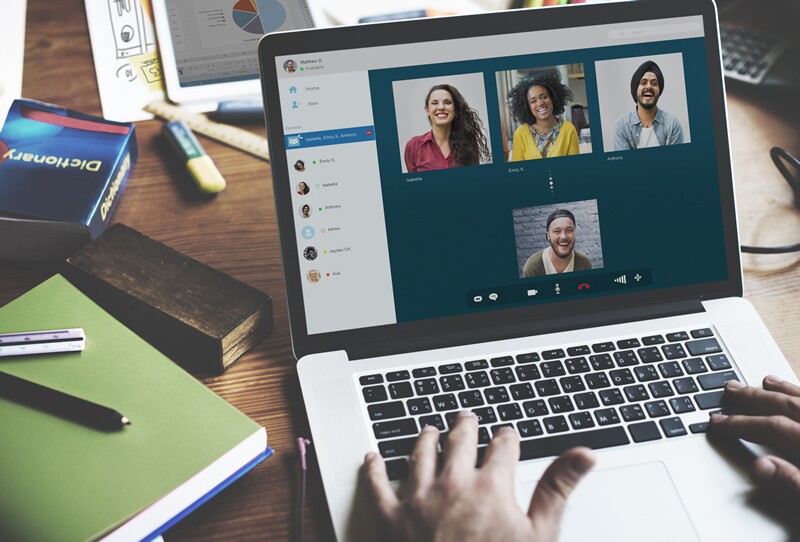 Converting a live, classroom role play into an online simulation seems like a daunting task. Role plays can go in many directions and it can be hard to provide individualized feedback. It’s difficult to get the subtlety of human interactions and it’s tough to make sure the simulation doesn’t feel fake or inauthentic, turning off the learner to the experience. But with geographically dispersed learners and the need to keep salespeople and other employees in the field working, more organizations are turning to online simulations. And, when properly crafted, they can be successful. We found that our sales simulation for a medical device company increased sales after conducting a pre- and post-event analysis of the impact of the simulation.

When crafted properly, an online simulation can save travel time, ensure specific learning goals are met, and challenge learners in ways that a face-to-face role play cannot. To achieve the goal of replicating the learning outcomes in the online version of the live event, it was decided to use a branching simulation with multiple client interactions, a mixture of still images and video, and a measurement of the learner’s perceived confidence in selecting a response.

In addition to indicating what they would choose to say to the client, the learner also indicated how confident they were in the chosen response. We wanted to make sure the sales representatives were not overly confident in their wrong answers. If that was the case, the rep had to play through the simulation again. We also wanted to highlight if a salesperson knew the right answer but indicated they were not confident. We wanted to produce the right level of confidence and product knowledge.

Here are three lessons we learned from our process of creating the online simulation for a medical device company, helping the sales representatives to better understand their product, the sales environment, and the importance of applying consultative selling techniques.

Create the Essence of a Conversation

The biggest task of the entire project was writing the sales conversation in a way that seemed natural but optimized learner time and experience. The goal was to capture the essence of conversations but not all the ins and outs of typical face-to-face conversations. This was a delicate task. Fortunately, the subject matter expert (SME) had conducted a large number of the face-to-face role plays. He knew the desired learning outcome, the direction the conversations tended to go when they went wrong, and the various responses expected of the clients. Even then, we needed to be continually focused on the desired learning outcomes. The branching could not go on indefinitely. We left out some obvious conversational directions to keep it streamlined.

Several times, the development team and the SME decided to end a conversation if it was going too far off the rails. That might not happen in a live event but it made the online simulation a bit more streamlined. When writing the conversations, make sure you stay focused on the desired outcome and not the details of the conversation. Ask yourself the following questions:

In a real-life sales situation, early mistakes have later consequences. We wanted the sales representatives to understand this at a visceral level. The need to have an effective strategy to speak with multiple clients in a specific order and the need to ask the right questions were both reinforced during the simulation. So was the need to be confident in the responses. When crafting an online simulation from a classroom role play, don’t hesitate to stick with a design that reinforces your learning outcomes even if you get some pushback. When reviewing the feedback, consider the following:

Purposefully designed difficulty and struggle lead to better learning outcomes than simply getting it on the first try—even when learners give negative feedback.

One of the biggest missing pieces of the live role play was the element of specific and targeted feedback based on each individual’s performance. In a live classroom event, the good facilitator can react to the role play and point our specific lapses in knowledge, misapplication of the sales model, or other critical mistakes. In an online simulation, the feedback needs to be more generic. So deciding who gives the feedback and when it should be provided to the learner are crucial decisions.

We decided to add the element of feedback based on the rep’s decisions at various branches within the simulation. When the rep reached certain areas in the simulation, the decision they had chosen was evaluated. We decided to provide two levels of feedback. A character who had the role of a regional manager provided one level of feedback. The customer with whom the learner was interacting provided another level of feedback. The customer feedback was especially helpful to the learners about what product did or didn’t work. The regional manager feedback was helpful in terms of pointing the rep in the right direction for future attempts at securing the business.

The feedback provided by both customers and the regional manager was individualized in the sense that each learner could choose a different decision within the branch and would receive feedback based on what they choose. However, the feedback was not individualized in that every learner that made that specific choice would receive the same feedback. We hoped that the feedback would seem personal and specific to the context so that the learner could benefit from the feedback. Because of the difficulty of the simulation and the possibility of having to play it through again, the learners tended to pay a great deal of attention to the feedback.

In fact, the value of the feedback was reflected in many comments by the leaners who found the feedback helpful in making future choices and in replaying the simulation. It also provided the learners with insights into the client’s needs and desires related to their product. When creating feedback in a simulation, consider these questions:

We found that the feedback took on a critical role in the transformation of the face-to-face role play into the online simulation. The role of the instructor or facilitator was replaced by targeted, multileveled feedback from characters within the simulation.

The results of the conversion of the live role-play to the online simulation exceeded our expectations. One of the most dramatic was the reduced time to provide training to all the personnel. It was estimated that given the old classroom format it would have taken several years to roll out the live role play given current resource constraints. Not only was the solution deployed in a much shorter timeframe, but we have evidence indicating improved sales and greater interaction with sales representatives and clients. The difficulty of converting a live role play to an online simulation should not be overlooked, but the benefits can make the entire process worthwhile.

Want to learn more? Please join us at ATD TechKnowledge 2018 for the session Creation, Development, Implementation, and Evaluation of an E-Learning Sales Simulation, which will provide more details on both the process and the positive outcomes of the simulation.

About the Author
Brian Stahl

Brian Stahl is manager of Sales and Clinical Training for IV Therapy and Vascular Access at B. Braun Medical Inc., where he has been employed for the past 15 years. He earned his Bachelor of Science in Nursing from West Chester University and is an RN. He also holds professional certifications as a CRNI and PLNC. Brian has been is a contributing author of a number of articles aimed at advancing clinical education and training as it relates to peripheral IV access.