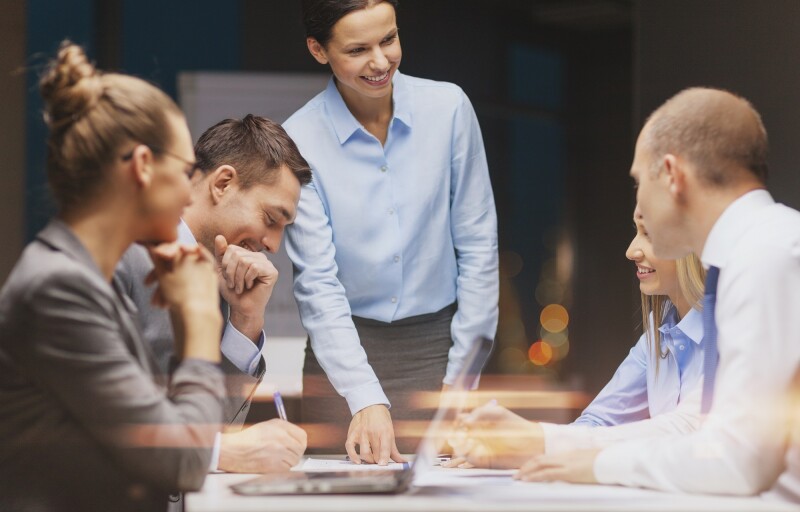 True confidence—as opposed to the false confidence people project to mask their insecurities—has a look all its own. One thing is certain: truly confident people always have the upper hand over the doubtful and the skittish because they inspire others and they make things happen.

Henry Ford said, “Whether you think you can, or you think you can’t—you’re right.” Ford’s notion that your mentality has a powerful effect on your ability to succeed is seen in the results of a recent study at the University of Melbourne that showed that confident people earn higher wages and get promoted more quickly than anyone else.

Indeed, confident people have a profound impact on everyone they encounter. Yet, they achieve this only because they exert so much influence inside, on themselves. We see only their outside. We see them innovate, speak their mind, and propel themselves forward toward bigger and better things.

But are we missing the best part? We don't see the habits they develop to become so confident. It's a labor of love that they pursue behind the scenes, every single day. And while what people are influenced by changes with the season, the unique habits of truly confident people remain constant. Their focused pursuit is driven by these habits that you can emulate and absorb. Let’s take a look:

They speak with certainty. It’s rare to hear the truly confident utter phrases such as “Um,” “I’m not sure,” and “I think.” Confident people speak assertively because they know that it’s difficult to get people to listen to you if you can’t deliver your ideas with conviction.

They exercise. A study conducted at the Eastern Ontario Research Institute found that people who exercised twice a week for 10 weeks felt more competent socially, academically, and athletically. They also rated their body image and self-esteem higher. Best of all, rather than the physical changes in their bodies being responsible for the uptick in confidence, it was the immediate, endorphin-fueled positivity from exercise that made all the difference.

They don't seek attention. People are turned off by those who are desperate for attention. Confident people know that being yourself is much more effective than trying to prove that you’re important. People catch on to your attitude quickly and are more attracted to the right attitude than what, or how many, people you know. Confident people always seem to bring the right attitude.

Confident people are masters of attention diffusion. When they’re receiving attention for an accomplishment, they quickly shift the focus to all the people who worked hard to help get them there. They don’t crave approval or praise because they draw their self-worth from within.

They don't pass judgment. Confident people don’t pass judgment on others because they know that everyone has something to offer, and they don’t need to take other people down a notch in order to feel good about themselves. Comparing yourself to other people is limiting. Confident people don’t waste time sizing people up and worrying about whether or not they measure up to everyone they meet.

They get their happiness from within. Happiness is a critical element of confidence, because in order to be confident in what you do, you have to be happy with who you are. People who brim with confidence derive their sense of pleasure and satisfaction from their own accomplishments, as opposed to what other people think of their accomplishments.

They listen more than they speak. People with confidence listen more than they speak because they don’t feel as though they have anything to prove. Confident people know that by actively listening and paying attention to others, they are much more likely to learn and grow. Instead of seeing interactions as opportunities to prove themselves to others, they focus on the interaction itself, because they know that this is a far more enjoyable and productive approach to people.

They take risks. When confident people see an opportunity, they take it. Instead of worrying about what could go wrong, they ask themselves, “What’s stopping me? Why can’t I do that?” and they go for it. Fear doesn’t hold them back because they know that if they never try, they will never succeed.

They aren't afraid to be wrong. Confident people aren’t afraid to be proven wrong. They like putting their opinions out there to see if they hold up because they learn a lot from the times they are wrong and other people learn from them when they’re right. Self-assured people know what they are capable of and don’t treat being wrong as a personal slight.

They celebrate other people's successes. Insecure people constantly doubt their relevance, and because of this, they try to steal the spotlight and criticize others in order to prove their worth. Confident people, on the other hand, aren’t worried about their relevance because they draw their self-worth from within. Instead of insecurely focusing inward, confident people focus outward, which allows them to see all the wonderful things that other people bring to the table. Praising people for their contributions is a natural result of this.

Bringing It All Together


Building confidence is a journey, not a destination. To become more confident you must be passionate in your pursuit of a greater future.

Editor’s note: This post was originally published on LinkedIn.