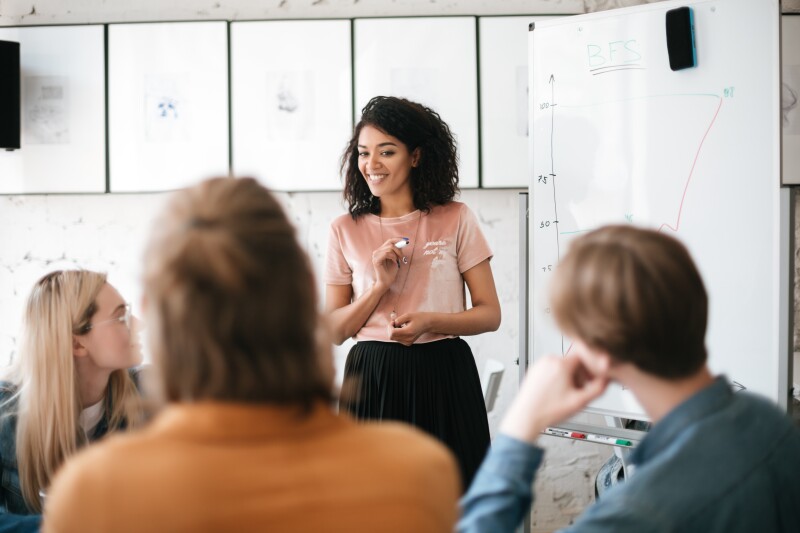 Too many people succumb to the mistaken belief that being likeable comes from natural, unteachable traits that belong only to a lucky few—the good looking, the fiercely social, and the incredibly talented. It’s easy to fall prey to this misconception.

When I speak to smaller audiences, I often ask them to describe the most likeable people they have ever worked with. People inevitably ignore innate characteristics (intelligence, extraversion, attractiveness, and so on) and instead focus on qualities that are completely under people's control, such as approachability, humility, and positivity.

These qualities, and others like them, describe people who are skilled in emotional intelligence (EQ). TalentSmart research data from more than a million people shows that people who possess these skills aren’t just highly likeable, they outperform those who don’t by a large margin. Ninety percent of top performers have high EQs, people with high EQs make $29,000 more annually than people with low EQs, and a single-point increase in your EQ adds $1,300 to your salary. I could go on and on.

Being likeable is under your control, and it’s a matter of emotional intelligence. Unlike innate, fixed characteristics, such as your intelligence (IQ), EQ is a flexible skill that you can improve with effort.

To help you improve your EQ, I did some digging to uncover the key behaviors that emotionally intelligent people engage in that make them so likeable.

Being genuine and honest is essential to being likeable. No one likes a fake. People gravitate toward those who are genuine because they know they can trust them. It is difficult to like someone when you don’t know who they really are and how they really feel.

Likeable people know who they are. They are confident enough to be comfortable in their own skin. By concentrating on what drives you and makes you happy as an individual, you become a much more interesting person than if you attempt to win people over by making choices that you think will make them like you.

The biggest mistake people make when it comes to listening is they’re so focused on what they’re going to say next or how what the other person is saying is going to affect them that they fail to hear what’s being said. The words come through loud and clear, but the meaning is lost. A simple way to avoid this is to ask a lot of questions. People like to know you’re listening, and something as simple as a clarification question shows that not only are you listening, you also care about what they’re saying. You’ll be surprised how much respect and appreciation you gain just by asking questions.

If you want to be likeable you must be open-minded. Being open-minded makes you approachable and interesting to others. No one wants to have a conversation with someone who has already formed an opinion and is not willing to listen.

Having an open mind is crucial in the workplace where approachability means access to new ideas and help. To eliminate preconceived notions and judgment, you need to see the world through other people’s eyes. This doesn’t require you believe what they believe or condone their behavior, it simply means you quit passing judgment long enough to truly understand what makes them tick. Only then can you let them be who they are.

People are averse to those who are desperate for attention. You don’t need to develop a big, extroverted personality to be likeable. Simply being friendly and considerate is all you need to win people over. When you speak in a friendly, confident, and concise manner, you will notice that people are much more attentive and persuadable than if you try to show them you’re important. People catch on to your attitude quickly and are more attracted to the right attitude than what—or how many people—you know.

When you’re being given attention, such as when you’re being recognized for an accomplishment, shift the focus to all the people who worked hard to help you get there. This may sound cliché, but if it’s genuine, the fact that you pay attention to others and appreciate their help will show that you’re appreciative and humble—two adjectives that are closely tied to likeability.

Few things make you more unlikeable than when you’re all over the place. When people approach you, they like to know whom they’re dealing with and what sort of response they can expect. To be consistent you must be reliable, and you must ensure that even when your mood goes up and down it doesn’t affect how you treat other people.


They Use Positive Body Language

Becoming cognizant of your gestures, expressions, and tone of voice (and making certain they’re positive) will draw people to you like ants to a picnic. Using an enthusiastic tone, uncrossing your arms, maintaining eye contact, and leaning towards the person who’s speaking are all forms of positive body language that high-EQ people use to draw others in. Positive body language can make all the difference in a conversation.

It’s true that how you say something can be more important than what you say.

They Leave a Strong First Impression

Research shows most people decide whether or not they like you within the first seven seconds of meeting you. They then spend the rest of the conversation internally justifying their initial reaction. This may sound terrifying, but by knowing this you can take advantage of it to make huge gains in your likeability. First impressions are tied intimately to positive body language. Strong posture, a firm handshake, smiling, and opening your shoulders to the person you are talking to will help ensure that your first impression is a good one.


They Greet People by Name

Your name is an essential part of your identity, and it feels terrific when people use it. Likeable people make certain they use others’ names every time they see them. You shouldn’t use someone’s name only when you greet him. Research shows that people feel validated when the person they’re speaking with refers to them by name during a conversation.

If you’re great with faces but have trouble with names, have some fun with it and make remembering people’s names a brain exercise. When you meet someone, don’t be afraid to ask her name a second time if you forget it right after you hear it. You’ll need to keep her name handy if you’re going to remember it the next time you see her.

People naturally (and unconsciously) mirror the body language of the person they’re talking to. If you want people to like you, smile at them during a conversation and they will unconsciously return the favor and feel good as a result.


They Know Who to Touch (and They Touch Them)

When you touch someone during a conversation, you release oxytocin in their brain, a neurotransmitter that makes their brain associate you with trust and a slew of other positive feelings. A simple touch on the shoulder, a hug, or a friendly handshake is all it takes to release oxytocin. Of course, you have to touch the right person in the right way to release oxytocin, as unwanted or inappropriate touching has the opposite effect. Just remember, relationships are built not just from words, but also from general feelings about each other. Touching someone appropriately is a great way to show you care.


They Balance Passion and Fun

People gravitate toward those who are passionate. That said, it’s easy for passionate people to come across as too serious or uninterested because they tend to get absorbed in their work. Likeable people balance their passion with the ability to have fun. At work they are serious, yet friendly. They still get things done because they are socially effective in short amounts of time and they capitalize on valuable social moments. They minimize small talk and gossip and instead focus on having meaningful interactions with their co-workers. They remember what you said to them yesterday or last week, which shows that you’re just as important to them as their work.


Bringing It All Together

Likeable people are invaluable and unique. They network with ease, promote harmony in the workplace, bring out the best in everyone around them, and generally seem to have the most fun. Add these skills to your repertoire and watch your likeability soar!

Editor's note: This post was originally published on Linkedin: https://www.linkedin.com/pulse/unique-habits-ridiculously-likeable-people-dr-travis-bradberry.

3 Comments
Sign In to Post a Comment
Sign In
MS
Manisha Srivastava
September 22, 2020 04:16 PM
Simple is always understandable and so as this article too. I liked writing style so much that even towards the end of the article I had the urge to read more. While reading , I read the " firm handshake. " Since this article is from 2018 hence perfect but with this new era of pandemic, handshake is forbidden :-) I am not a aware of the fact if this can be edited , if possibility is there then request to make it ready for new generation Though it's not a mandate just a thought shared.
Sorry! Something went wrong on our end. Please try again later.

William Fisher
July 03, 2018 09:33 AM
Great article! I am a likeable person by these standards. Yah! I i tentionally work at being approachable, humble, positive to the point that I recognize when people I meet are not showing these EQs. I feel very comfortable in all of these qualities. I agree with increased income with a high EQ. Dose a high EQ translate to team player? I would like to add high EQ to my resume, but without perspception big echo.
Sorry! Something went wrong on our end. Please try again later.