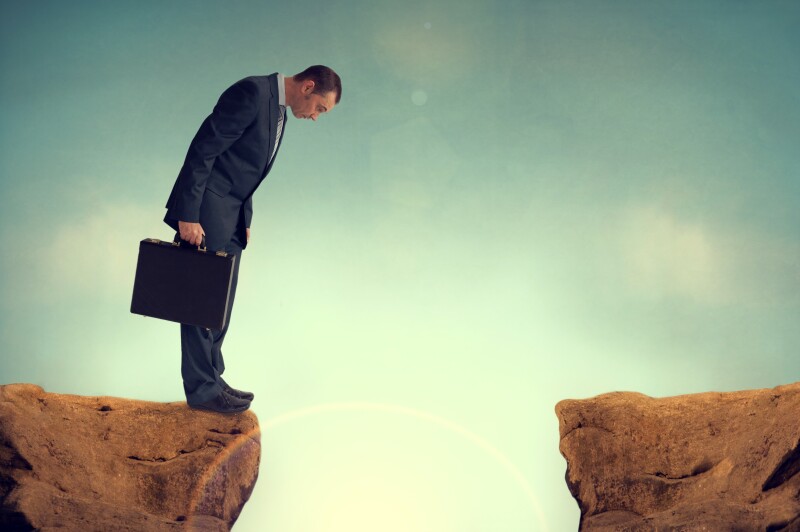 3 Cognitive Pitfalls Leaders Should Avoid During a Crisis

If the saying goes that first we make our habits, and then our habits make us, in times of crisis we had better make sure we form the right habits as early as possible. Our organizations and the livelihoods of our employees could be at stake if we don’t.

Fortunately, brain science tells us that we can best support ourselves and our teams by resisting a few cognitive pitfalls that may seem all too tempting in the heat of the moment. Science can also advise on what to do instead—which behaviors can satisfy our reflexive nature to protect others, maintain our momentum, and keep our teams productive.

Here are three such pitfalls and what science says to do instead.

1. We Burn Out Trying to Become the Hero

We may not necessarily see a masked superhero in the mirror, but as soon as a crisis hits, it’s typical to feel a surge of adrenaline and an impulse to save the day. This hyper-vigilant instinct to protect others comes from a good place, but it can also get us into serious trouble.

Psychologists have known for a while that members in a group will begin to adopt the emotions and behaviors of the highest-status person in that group. It happens almost automatically, without us even realizing it. So, when leaders try to run on empty for the sake of the team, they may end up having the opposite effect. Instead of saving people, they may unknowingly model a behavior that causes others to burn out too.

How to Avoid the Trap: Airlines have it right—put on your own mask then help others. Effective leaders are the ones who recognize their personal challenges, address them with the right habits, and move on to confer those same benefits teamwide. That means things like setting schedules that help you focus better, making time to chat with loved ones, and getting enough exercise and sleep. Now more than ever we should be creating cultures of resilience, not cultures of burnout.

2. We Neglect Our People to Focus on Goals

During the past decade social psychologists have discovered a curious thing happens when people are in positions of power: They focus on their goals at the expense of focusing on their people. The story goes something like this: With an ever-growing set of targets to hit and stakeholders to satisfy, the blinders go up and leaders lose sight of the people on the periphery.

Of course, during a crisis, this is the opposite of what you want in your leadership team. Employees are in shock and pain, and they likely need more support than they ever have. Now is not the time to get myopic. Instead, leaders need to have deep empathy—probably more empathy than they ever imagined they would need to find.

How to Avoid the Trap: If the problem is that leaders are torn between achieving goals and supporting their people, science offers a solution: make people the goal. Psychologists refer to these kinds of goals as prosocial, which means they’re designed to help people. Acts of charity are prosocial, for example.

So are habits of empathy and cooperation, which can include giving parents extra flexibility in their day to tend to their kids or simply asking people how they’re holding up. These prosocial goals allow leaders to think long-term at the same time that they keep a precious resource—their people—in the right mindset to stay engaged.

3. We Fail to Set Priorities and Overload Our Brains

Similar to how a computer has finite memory, our brains work under a constraint called cognitive capacity. It’s the amount of information we can hold in mind at a given time, typically through our working memory—the kind of memory that allows us to memorize a shopping list.

During a crisis, however, everything seems important—and all at once. We fall into the trap of making work a never-ending exercise in triage. Every problem becomes a fire to fight this instant, and long-term planning quickly recedes into the background. Ultimately, this kind of reactionary approach to leadership multiplies the stress people are already feeling.

How to Avoid the Trap: Instead of giving in to the temptation to be exhaustive with what people ought to focus on, try creating a list of what’s essential. Employees have their own work to do in a crisis; adding confusion and dysfunction from the top only makes things worse.

On a practical level, going essential offers people guidance on where to direct their energy; it infuses certainty and clarity at a time when people are short on both. On an organizational level, it demonstrates that leadership recognizes the stress everyone is under and is actively trying to alleviate some of it, which hopefully generates some good will.

To be sure, these three traps don’t comprise the full range of temptations we may feel in response to a crisis. Nor are the solutions the only way to avoid them. But people are in a state of shock right now—soon to be followed by pain, and further down the road, rehabilitation. If we’re likely to spend months, if not years, confronting this new reality, the smartest thing we can do is prepare our collective mindsets to weather the blow.

For deeper insight, check out my webcast The Neuroscience of Thriving Through Crisis: How to Make Work Sustainable and Leverage the Moment.

About the Author
David Rock

Dr. David Rock coined the term ‘Neuroleadership’ and is the Director of the NeuroLeadership Institute, a global initiative bringing neuroscientists and leadership experts together to build a new science for leadership development. With operations in 24 countries, the Institute also helps large organizations operationalize brain research in order to develop better leaders and managers.

David co-edits the NeuroLeadership Journal and heads up an annual global summit. He has written many of the central academic and discussion papers that have defined the Neuroleadership field. He is the author of the business best-seller Your Brain at Work (Harper Business, 2009), as well as Quiet Leadership (Harper Collins, 2006) and the textbook Coaching with the Brain in Mind (Wiley & Sons, 2009). He blogs for the Harvard Business Review, Fortune Magazine, Psychology Today, and the Huffington Post, and is quoted widely in the media about leadership, organizational effectiveness, and the brain.

Academically, David is on the faculty and advisory board of CIMBA, an international business school based in Europe. He has been a guest lecturer at many universities including Oxford University’s Said Business School. He is on the board of the BlueSchool, an initiative in New York City building a new approach to education. He received his professional doctorate in the Neuroscience of Leadership from Middlesex University in 2010.