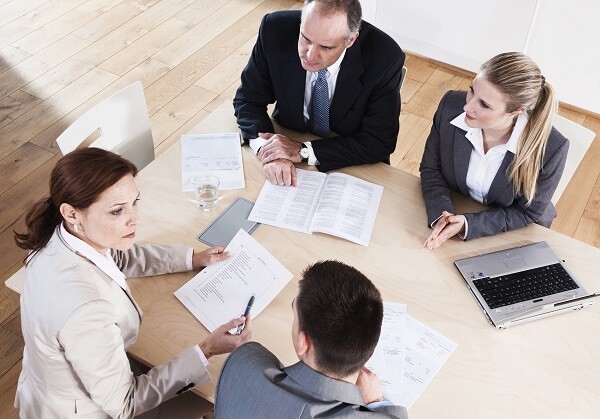 I have several friends in corporate who look forward to meetings at work with the same level of enthusiasm as they would a root canal. This mindset is unfortunately common because without proper framing and structure, meetings can fall apart in one (or all) of these ways:

As a leader, you can prevent your meetings from falling into one of these traps by using the following mindfulness tools.

Begin each team meeting by asking each person to share one quick thing that is going well, both professionally and personally. This question will benefit your team in several ways.

First, as your team gets accustomed to answering this question at every meeting, they will begin to prepare for meetings by identifying things that are going well at work. This positive focus can help avoid complaining or catastrophizing, which can escalate stress and shift brain function into fight or flight mode. When your team members stay in a more open and receptive state of brain functioning, it’s easier for them to be creative and solve problems efficiently.

Second, this question can increase team cohesiveness. If you ask for your team members to share a personal “new and good” in addition to a business “new and good,” you give them an opportunity to talk about a part of their life that is meaningful to them that other people at work might not know about. Getting to know others beyond their job duties increases cohesion among team members, and tends to reduce misunderstandings that can arise from having a one-dimensional view of someone else.

Tool 2: Use a Thoughtful Pause Before Giving Feedback During Meetings

Benefits: Increased Loyalty and Trust Between Leader and Team

During your meeting, after someone gives you feedback, pause for three to five seconds before you respond. This pause has two purposes.

First, you demonstrate to your team that you are really listening to them, not just waiting for your turn to talk again. When your team members know their concerns have been heard, they feel valued and are more likely to go along with your decisions, even if they go against their opinions about how things should be handled.

Second, pausing gives you a moment to become aware and process your own reaction to what was shared. This reduces the likelihood that you will react thoughtlessly or negatively to the information that was shared with you, which cultivates trust.

Tool 3: Encourage a Buffer of Downtime Before and After Meetings

Before each meeting, have your team members set an alarm for 10 minutes before the meeting’s start time. When the alarm goes off, they can use up to five minutes to finish up what they are working on. They will then will have five minutes to get centered and prepare for the meeting.

After each meeting, instruct your team members to spend five to eight minutes putting key action items on their calendars; the next two to five minutes are a silent “reset” time before moving on to the next task. Scheduling this buffer time reduces stress and will help your team members to shift out of manic “doing” mode, and think more strategically about where they need to focus their time and energy.

These three mindfulness tools will significantly improve the energy during your meetings and the progress on action items after the meetings. And they will make your meetings way more popular than a trip to the dentist.

About the Author
Christine Springer

Christine Springer is the president and founder of Christine Springer Coaching, a coaching and training company devoted to helping professionals and entrepreneurs create higher levels of productivity, success, and fulfillment. As a certified Martha Beck coach and former physical therapist, she uses science-based practices and energy management tools to help her clients thrive at work in the midst of today’s fast-paced workplace. For more information on Christine, visit www.christinespringercoaching.com.