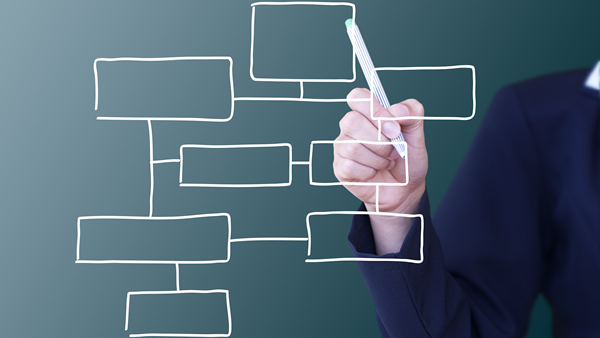 3 Strategies to Maximize the ROI of Coaching

After two straight years of failing to meet company metrics, you’re finally convinced your team needs coaching. You proceed with outsourcing the task to coaching experts that provide you, your supervisors, and your managers with coaching classes that include everything from Leadership 101 to Creating a Comprehensive Performance Evaluation. Two years later, your team can show off their library of course books and they have spent hours away from their jobs in classroom training. Great…except that performance still hasn’t improved.

If this sounds familiar, you’re not alone. Billions of dollars are invested into the coaching of executives, managers, and individual contributors. Sometimes the results are fruitful. However, many coaching programs leave much to be desired or are ineffective altogether. Why? It’s simple: coaching isn’t a commodity you can just buy and count on. Training your leaders and managers to coach and using executive coaches—because research says coaching makes a difference—often misses what makes coaching deployments really work.

How coaching is done, when coaching happens, and who is accountable all play a huge role in whether you and your team succeeds. Fortunately, these issues are fixable. Is your coaching program falling short? Here are three reasons it may not be working and what you can do to get back on track.

Reason #1: You aren’t clear what your coaching program is supporting

When my daughter was learning the piano, practicing the classical pieces she didn’t like was a chore. She went through the motions reluctantly and lacked the faith, fire, and focus necessary for performance. However, when I gave her the music for her favorite songs from the movie the Lord of the Rings, I couldn’t get her away from the piano.

It’s the same when people coach. When they don’t get the what, when, and why of coaching, they go through the motions and rationalize their behavior. They think: “I don’t have time to coach,” “I already coach,” and “Coaching wasn’t appropriate.” In other words, there is no faith, fire or focus without passion towards the goal or without a clear, meaningful goal.

If your deployment is comprised mostly of classes and training, that may be the reason you aren’t getting the results you want. Simply spending money on information about coaching or acknowledging its importance is not enough. Coaching deployments without clear goals lead to unclear results—at best.

So, what are some clear goals of a coaching deployment? In my experience they fall into three areas:

When your coaching program is delivered in the context of a specific purpose or goal, the people you are coaching know what they are working towards and, as a result, their targeted actions and behaviors lead to specific outcomes.
Reason #2: You’re not holding people accountable

Accountability is one of the most desired things in any organization—and one of the hardest things to create. Everyone wants to work with people who do something I call “SayDoCo”:

Case in point: I asked 34 leaders of a global company, “How many of you think that you SayDoCo?” Thirty-four hands want up. When I asked them, “How many of you have witnessed your colleagues in this room more than occasionally not SayDoCo?” Thirty hands went up. There was an awkward silence as they realized the implications: there was a gap between what they thought they did and what they actually did.
Bottom line: everyone evaluates everyone else based on how well they SayDoCo. Leaders evaluate their followers by how consistently they SayDoCo, and followers evaluate their leaders the same way. When people aren’t accountable, in other words when they don’t SayDoCo, it has a major impact on things that are critical to every organization. Everything from executing a competency, to changing a culture, to driving results are all affected when people don't SayDoCo.

Before he rose to fame as a golf writer and broadcaster, David Feherty was a very successful professional golfer. He and I worked for many years on unleashing his best golf. At one time, David was struggling with his golf game. He wasn’t committing his shot when there was trouble in front of him. This issue was the result of fear of hitting the ball out of bounds when there was trouble on both sides of a fairway—a common fear among golfers in general.

So, I suggested to David that he write a check to his favorite charity for $2500. I told him that if he committed to every ball in the next tournament, it would not be mailed. However, if he pulled back on even one shot, I would send it. He agreed. The following Sunday, David called me from Italy. He had committed on every ball, won the Italian Open and said, “Mail the check anyway!”

Like many of us, David already possessed the skills to achieve the goal. What ultimately made the difference, though, was creating a mindset of accountability for his actions. By helping David frame what he was doing in a simpler more meaningful way (for him), I helped him be more accountable for what he had agreed was important—to be able to do what he said he was going to do.

The more you move from deploying coaching as a competency to deploying it to drive a business result the more leaders will be engaged in supporting the deployment.

When the process of coaching is overcomplicated or seen as one more thing they have to do, people become much less likely to do it—particularly when under pressure. The most effective coaching experiences are ones that are simple, timely, and match the readiness of the person being coached. When the process of coaching is seen as complimentary to what people already do—helping organize and use skills they already have more effectively, they are much more likely to “coach.”

The pattern of effective questioning has to be simple and repeatable to a large degree, so that there is no mystery about how to do this effectively. In fact, when both the coach and the coachee know the questions, it can dramatically accelerate the whole process of coaching.

I was once involved in coaching a world-class concert violinist through performance anxiety, a condition he has never faced before. Clearly, he didn’t require my help in learning how to play the violin. It wasn’t a knowledge issue; he already knew that, far better than I ever would (plus I know nothing about how to play the violin).

Instead of overcomplicating the situation with unsubstantiated tips and advice, together we watched a recording of him playing in concert. I asked him to tell me what he noticed as he watched. As it turned out, simply asking him the question of what he saw and heard gave him the answer he needed to make immediate changes. He noticed a change in his breathing at the moments when he “stumbled” (a relative term for him!). In light of this discovery, he began to focus on his breathing when he approached those particular bars of music and was able to reduce his anxiety enough to play unencumbered.

From golfers to violinists to corporate professionals, improving performance is ultimately more about doing what we know than knowing what to do. Freeing people up to do what they know is what coaching is all about. Next time you’re in the coach’s seat or looking to hire a coach for your team, remember the most effective approaches to coaching are to tie the program to a clear business result; hold people accountable for saying what they’ll do, doing what they say, and communicating when they can’t; and simplify how coaching is done.

About the Author
Alan Fine

Alan Fine, co-creator of the widely recognized GROW Model, is the founder and president of InsideOut Development. Alan is considered a pioneer of the modern coaching movement, and many of the world’s most respected organizations have adopted his InsideOut approach to performance improvement, including IBM, NASA, Honeywell, Gap, and Coca-Cola. Alan has dedicated the past 25 years to helping people from all walks of life elevate their performance and unlock their potential, including athletes such as Davis Cup tennis star Buster Mottram, record-breaking triathlete James Lawrence, and PGA golfers Phillip Price, David Feherty, Colin Montgomerie, and Stephen Ames.