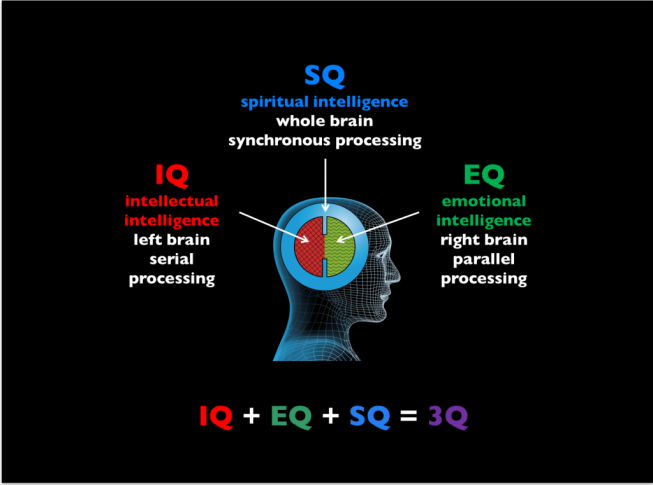 What if you could train your brain to improve your performance and increase your fulfilment? What if your attempts to improve yourself could be self-defeating because you didn’t understand your own operating system? What if there was a map of your operating system that you could use to navigate the jungle of your mind’s impulses and call on your best resources in any moment?

Neuroscience Can Activate a Higher Dimension of Intelligence

What Is Spiritual Intelligence?

Figure 1: The Twin Poles of Attention 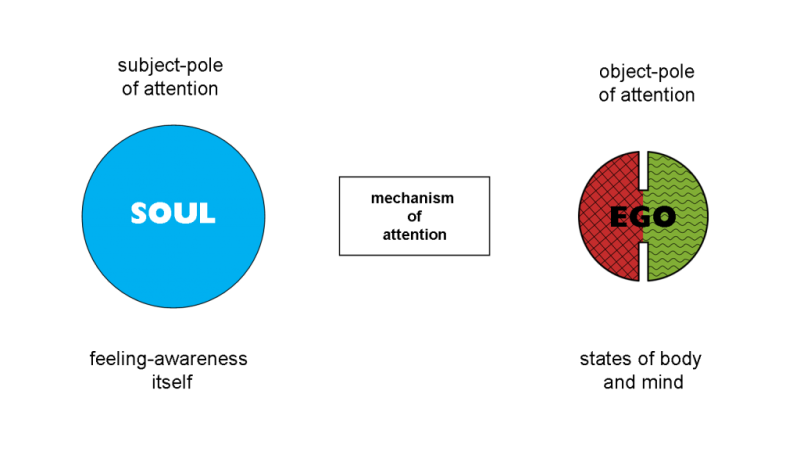 3Q Methodology Can Help You Realize Your Full Potential

The SQ portal is a three-step process that shifts identification from ego to soul (from being the body and mind to being consciousness itself). This process activates spiritual intelligence. 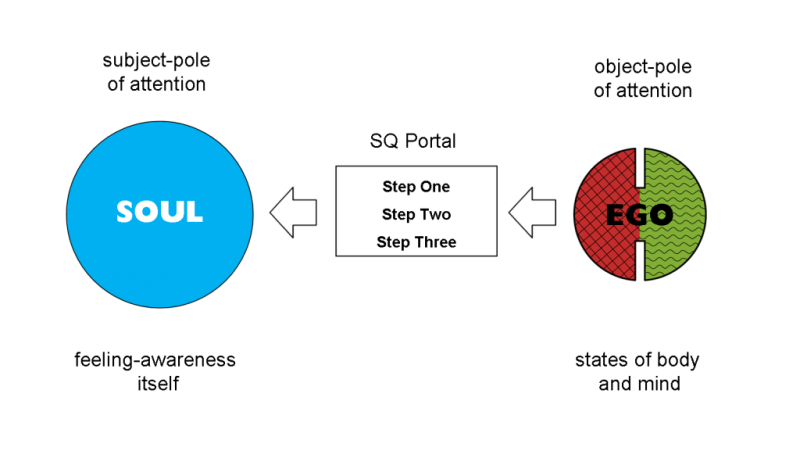 3Q training combines three principal dimensions of intelligence, which together represent the three Qs. The SQ paradigm is based on a synthesis of findings from related fields of scientific research, including cognitive psychology, psychoanalysis, transpersonal psychology, and neuroscience. These findings represent the scientific foundations of spiritual intelligence, as summarized in the article, “The Psychology of Spiritual Intelligence."

Here’s how it works: The three Qs activate the whole brain, unlike IQ or EQ on their own, which are part-brain functions. By training the whole brain, 3Q training unlocks full human capabilities and high performance skills. For example:

No doubt, 3Q is the next step up in human performance improvement. To be successful in the 21st century, organizations need to create a values-led culture, which focuses on benefits for all stake-holders, and in particular employees and customers. 3Q training activates whole brain intelligence, our most valuable asset, to create a vision-guided and values-led culture, based not on what members do, or on how they do it, but on who they are.

Want to learn more? Join me March 24 for the webcast The Psychology of 3Q High Performance Methodology.

About the Author
Richard Griffiths

Richard Griffiths is a psychologist and corporate trainer. He is the founder of the 3Q Institute and former national chairman of the transpersonal psychology section of the Australian Psychological Society. His published work represents his findings from a lifetime of research and practice as a psychologist and spiritual practitioner. Alongside his research in psychology, he maintained a personal spiritual practice, and has firsthand experience of a number of spiritual traditions. Eventually a secular synthesis of psychology and spirituality emerged from his research in the form of the spiritual intelligence paradigm, which is the foundation of training at the 3Q Institute.