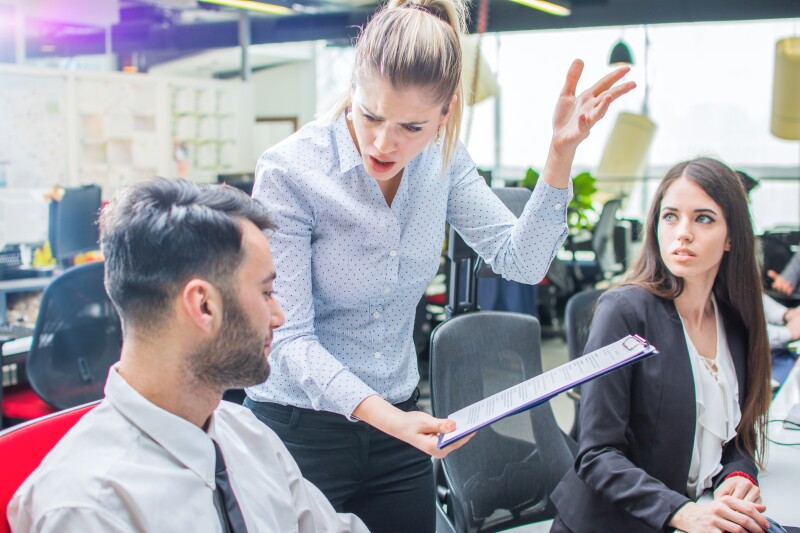 Over the last several years, we have seen some pretty public and noteworthy leadership downfalls—John Schnatter at Papa Johns, Travis Kalanick at Uber, Marissa Mayer at Yahoo, and Sepp Blatter with FIFA. On top of this, there are near-countless reports suggesting that the state of leadership within organizations is less than stellar. Such statistics include the following:

While I do not personally know the leaders identified above, like most people, I have worked with my fair share of dysfunctional leaders. They have at least one thing in common: They all believe that they were doing a great job, doing their best.

In reality, every leader I have worked with largely feels like they are doing their very best.

Well, if most leaders feel like they are doing their very best, what separates the effective leaders from the dysfunctional leaders?
The answer to this question is also the answer to the following questions:

The distinguishing factor between effective and dysfunctional leaders is the mindsets the leaders possess.

Mindsets are the mental lenses that shape how people see and interpret the world around them. Dysfunctional leaders’ mindsets attune them to mishandling situations and making subpar decisions, while simultaneously leading them to believe they’ve taken the best course of action.

There are four mindsets that drive dysfunctional leaders.

When leaders have a fixed mindset, they do not believe that they are able to change or improve their talents, abilities, or skills. With this belief, fixed-mindset leaders are attuned to seeking validation and avoiding failure. This is because if they do not believe they can improve their abilities, then their brain causes them to prioritize being seen as someone with ability; and, if they fail, that would suggest they are a failure.

To demonstrate how this mindset plays out, let me give you an example. When fixed-mindset leaders need to select a leadership team, they are going to be inclined to select people who they feel superior to, better than, and smarter than. This is because being around people who are smarter than them or have strengths that they do not have would be a constant reminder of their ineptitude.

When leaders have a closed mindset, they close themselves off from the ideas and suggestions of others, they presume that they are right, and they stubbornly and illogically hold on to their own points of view. This is because their closed mindset is attuned to being right. They feel like if they are wrong, those they lead will see them as incompetent, and they will even feel incompetent—something they want to avoid at all costs.

Ultimately, a closed-mindset leader continually desires and prioritizes being right.

One way this mindset causes leaders to lead dysfunctionally is because such leaders see disagreement as a threat or an attempt to undermine their authority, prompting them to get defensive rather than explore the conflict for optimal thinking.

The third dysfunctional mindset is a prevention mindset. When leaders have a prevention mindset they are focused on not losing. They think, “As long as nothing goes wrong, I am doing a good job.” Thus, they seek to avoid problems, they don’t want to take risks, and they want to maintain the status quo. They are attuned to doing what is urgent, not necessarily what is important, such as accomplishing goals and objectives.

Ultimately, a prevention-mindset leader continually desires and prioritizes doing what is easy.

The fourth dysfunctional mindset is an inward mindset. When leaders have an inward mindset, they see those they lead as objects as opposed to people. In doing so, they naturally see themselves as being more important than others.

Ultimately, inward-mindset leaders continually desire and prioritize doing what is best for themselves.

At a basic level, when a leader has an inward mindset, while they usually do not recognize that they are doing it, they are inclined to take credit instead of share credit. But, at a much deeper level, when leaders possess an inward mindset and things go bad, they instinctively seek to protect themselves before they seek to protect those they lead or their organization.

The Power of Mindsets

The difference between effective and dysfunctional leaders is rooted in how leaders see and interpret their worlds, which is founded in their mindsets.

Luckily, not only can leaders change and improve their mindsets, but these dysfunctional mindsets have functional counterparts that we should promote. They are: