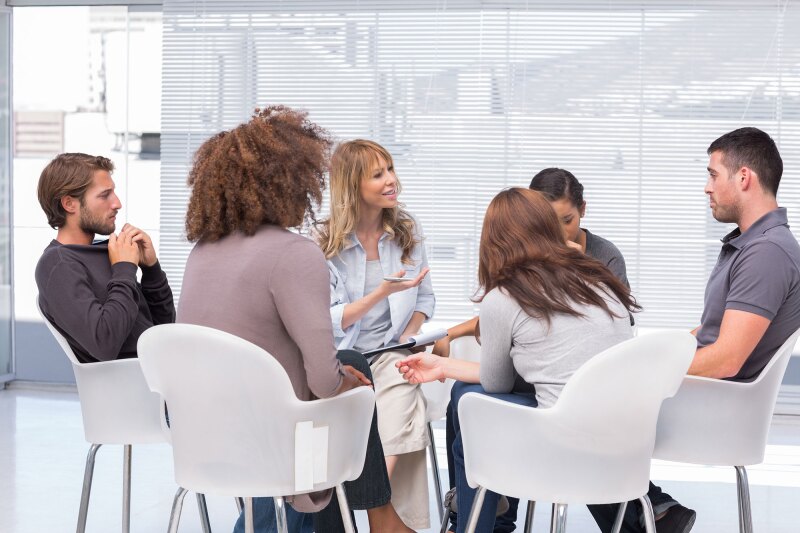 4 Ways Leaders Can Develop More EQ to Lead Under Pressure

Emotional intelligence’s (EQ) link to effective leadership has been established for decades. Studies show that upward of 90 percent of the difference between high-performing leaders and average ones is due to emotional intelligence factors. As we navigate an evolving landscape, these factors have been thrust into the forefront. When instability and changing circumstances are present, people need reassurance, transparency, and a sense of purpose to guide them. EQ, with its emphasis on empathy, trust, and communication, has suddenly become the must-have toolkit leaders for leaders.

During my career as a global chief HR officer and in my current executive coaching practice, I’ve observed leaders with strong EQ—and how it can be a multiplier in terms of success. Those leaders were especially effective during business transformation or other large-scale changes due to their ability to read the room and pivot or adapt to continuous shifts. As people are experiencing seismic changes in their lives during the pandemic, we are seeing the divide between the leaders who have EQ and those who are struggling to navigate.

I recently had a conversation with Brian Kropp, group vice president at Gartner Group. He underscored this, saying:

One of the major shifts is the mass humanization of our employees: We see their homes, kids, and dogs. Leaders are providing more moral support: I think that, in this environment, the best leaders will look more like social workers than MBAs. Not in a squishy feely way, but the mindset of understanding the whole person and driving a successful business in an environment that allows people to thrive in both their personal and professional lives.

The leaders who are attuned to the needs of their teams, remain optimistic, and imbue their teams with a sense of purpose will separate themselves as we move into the next normal. While EQ may seem to come more naturally to some, it can be developed with practice and feedback. Here are four ways leaders can improve their EQ:

Cultivate self-awareness: understanding your own values, strengths, weaknesses, and motivators is the cornerstone of emotional intelligence. Recent McKinsey research stresses the importance of this now, stating that it’s “critical to tune in to personal fears and anxieties so as to be able to turn outward to help employees and colleagues grapple with their own reactions.”
Advertisement

Recognize your blind spots. We rarely see ourselves the way others perceive us. To promote self-awareness, conduct a formal 360-degree assessment or ask trusted advisors for feedback. This will give you well-rounded perspective on your strengths and weaknesses and how others view your leadership.

Be intentional about how you appear to others. Communication is more than words; observers listen to the pitch and tone of your voice and watch your body language. In times of change, your team is watching you closely for cues to unspoken messages. They are trying to discern how much they should worry about the business, their jobs, the pandemic, and so forth. One of my executive clients received feedback that his propensity to wear his emotions on his sleeve left his team feeling anxious. They worried about his mood and how that would affect the team and its work. When he realized that his team needed him to be a calming presence, he began to take 10 minutes before team meetings to center himself. He used breathing exercises to ensure he was present for his team.
Advertisement

You may have heard the old but true adage: People don’t care what you know until they know that you care. Demonstrate compassion by understanding your team’s emotions and helping them manage the current complexities. Daniel Goleman, who popularized the concept of emotional intelligence, says, “Outstanding coaches and mentors get inside the heads of the people they are helping . . . they know when to push for better performance and when to hold back. In the way they motivate their protégés, they demonstrate empathy in action.”

One executive I worked with struggled to connect with his team on a human level. He was disciplined and regimented in his work and felt uncomfortable wading into discussions that were as messy and unmeasurable as feelings. We leveraged his inherent inclination toward structure to help him have meaningful interactions with his people. We put it on his calendar and mapped out a script for him to follow in the beginning. This approach gave him a roadmap for demonstrating empathy with his team until it eventually became a more natural behavior for him.

Connect people to something bigger than themselves. In the past few months, values have shifted. What seemed important a few months ago may now seem trivial in the face of a worldwide crisis. People need to know answers to these questions. Why is my work important? How does my contribution matter? High EQ leaders are masterful at tapping into their team’s motivations and linking them to the vision of the organization. As the landscape continues to shift, communicate regularly to reconnect people with where you’re headed. Messages need to be heard multiple times before they sink in, especially in times of continuous change and heightened anxiety.

For example, as an HR executive, I worked with a leader who was overseeing a major divisional turnaround. She was frustrated about the unevenness with which her team was supporting the changes. After some discussions, we determined that during this rapid change the team was struggling to maintain focus on the ultimate objective. Armed with feedback, the leader began holding daily standing meetings to provide an update on where things stood regarding the transformation and reminding everyone of the objective and their roles in achieving it. These group meetings made the team feel they were part of the change and to adjust as they moved through the change curve.

It is not likely that our world will revert to the way it was pre-pandemic. As we move through the immediate crisis and into the next normal, the high EQ leaders will set themselves apart in the way they manage and support their teams through the seismic shifts in the ways we work, integrating work and home life and managing collective fears for the health of family, friends, and community.

About the Author
Patricia Carl

Patricia Carl is an executive coach and consultant, and former chief human resources officer for both public and private equity backed companies. She partners with leaders, teams and organizations to drive business outcomes, and has worked with clients across industries, from companies such as Microsoft, Target Corporation, Deloitte, Citadel, and Silicon Valley start-ups. She has guest lectured at academic institutions including the University of Pennsylvania, and her insights have been regularly featured in Forbes, Real Leaders, and other publications. She holds leadership roles with not-for-profit boards and organizations and is an angel investor in multiple technology companies.

3 Comments
Sign In to Post a Comment
Sign In
AA
Audrey Allen
October 06, 2020 05:16 PM
EQ is very important for effective leadership, even more now with the varying challenges being experienced. This results in high synergy and motivation within the team. Very good article.
Sorry! Something went wrong on our end. Please try again later.
BS
Bushra Siddiqui
September 18, 2020 01:20 AM
Interesting. Just like employees, leaders too need feedback to improve. Read global influencer Saahil Mehta’s interview, where he elucidates on creating a more synergistic and harmonious workplace: https://www.peoplehum.com/.../the-two-way-street-called.../