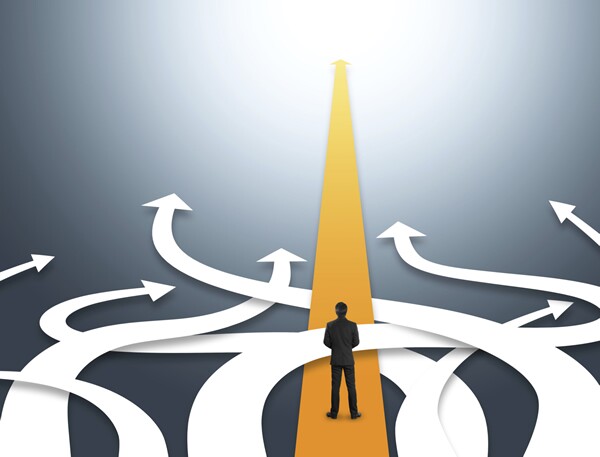 Have you ever had learners who knew the right thing to do, but still weren’t doing it? In particular, they had the knowledge, skill, and sometimes even the desire to do the right thing, yet it still wasn’t happening?

These are the most interesting problems I encounter as an instructional designer. Why—if people know the right thing to do—are they not doing it? It turns out it’s complicated, and there are frequently many different possibilities. In this post I'm going to address a few of the most common reasons:

Compliance with handwashing guidelines was often as low as 40 percent prior to the widespread adoption of alcohol-based hand rubs, but compliance rates are still as low as 70 percent. It’s important to note that handwashing compliance isn’t as easy as it sounds; one study found that if nurses washed their hands as much as they are supposed to, they would spend almost an eighth of their day washing their hands.

This isn’t intended as a criticism of healthcare workers, but rather an opportunity to look at the natural human impulses that could be behind the gap in performance. Let’s go through a diagnostic checklist to look at handwashing for healthcare professionals, and find out what we can learn about the problem.

Is lack of visible feedback a problem for handwashing? Absolutely. Bacteria are frequently invisible, so hands look clean even when they are not. If healthcare professionals have visibly dirty hands, or if their hands turned blue when they had bacteria on them, handwashing rates would probably be much closer to 100 percent. It’s not that they don’t know handwashing is important, but in high-pressure situations with competing priorities, it’s natural that (in the absence of visual reminders) dealing with a distressed patient might take precedence over washing their hands for the 37th time that day.

Handwashing also does not often have immediate, tangible consequences. For example, if one of the catering staff has cold germs on his hands, he may never see the direct consequence of that, even if some patients do get sick.

I will frequently look at the level at which consequences become visible. Can you see them at the individual, group, or system level? For example, if I indulge in high-calorie foods while on vacation, that individual behavior will have a consequence at the individual level (which will be reflected when I step on a scale). But the consequences of inadequate handwashing will almost never be visible at the individual level. If one of your patients gets sick, you don’t know if the bacteria was passed on by you, another staff person, or a visiting family member. You may know how many patients on a particular ward get infections (group level), and the hospital is almost certainly tracking infection rates (system level), but it can be very difficult to match that to individual behaviors.

Lack of Environment or Process Support

Sometimes the difficulty is due not to lack of motivation in the learner but lack of support in the environment. Frequently, making the behavior easier is a better answer than trying to make the learner more motivated. In one study, making an alcohol-based hand rub readily available almost doubled the level of compliance with hand hygiene guidelines (Bischoff 2000).

Social proof is possibly a factor. We look at others to see how to behave, and if, for example, junior staff see senior staff skipping some of the handwashing, that will almost certainly influence their behavior. Most medical personnel are probably convinced of the utility of handwashing, but having sufficient time and resources is probably a challenge. Most medical staff have far more to do than they have time to do it in, which means that corners do get cut.

Lack of Autonomy or Ownership

Lack of autonomy and ownership probably depends on the particular workplace. In his book Better: A Surgeon’s Notes on Performance, Atul Gawande recounts a case study on the topic of handwashing in which the only really successful intervention was to group the entire staff into small teams and have each team work on how to solve the problem. Even though teams came up with similar solutions, the fact that each person was actively participating meant they took ownership of the process and succeeded in dramatically lowering the infection rates in the hospital.

In the past, solutions for behavior change problems often took the form of telling people again and again why they should do a particular thing. But if the problem isn’t due to a knowledge deficit, then more telling probably isn’t going to change the behavior.

Identifying the likely causes for the issue make it possible to be much more specific about solutions. If the problem is lack of visible feedback or consequences, that means solutions should focus on improving feedback mechanisms, or making the consequences more visible and immediate (for example, several handwashing curricula use light boxes to make the bacteria visible for participants). If a particular problem is more related to social proof, then the focus should be on solutions such as gathering testimonials, enlisting opinion leaders, and modeling behaviors.

Problems related to lack of autonomy or ownership and lack of environment or process support suggest that training isn’t going to be the primary solution, but providing time in training programs for people to brainstorm solutions or think about how to improve their environment can be constructive contributions.

This list addresses only a few of the reasons behavior change challenges can occur. When it comes to difficult behavior change problems, we need to make sure that we understand why the problem is happening so we can make sure we are solving problems that really exist, and target those problems with the best possible solutions.

For more advice on how to create lasting behavior change among your learners, join me October 3-4 in Alexandria, VA for ATD LearnNow: Design for Behavior Change.