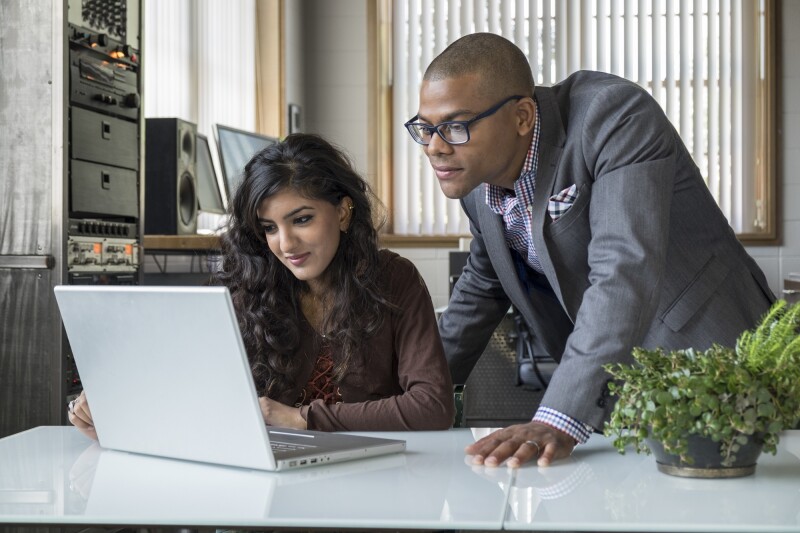 After you have hired the right salespeople, the only thing more costly than training them well is the possibility they will sell in an ineffective manner. Reps will spend their first two to three months learning in a classroom or shadowing a senior seller and the next several months experiencing “on the job training.” The common belief is that typical B2B sales reps who are in a value-based selling roles will take about six months to start hitting quota. At that point, formal classroom training becomes less frequent or grinds to a halt. Selling skills often begin to diminish given that formal training has slowed and results have taken priority over development. But the learning should not stop—and one way to ensure this is the case is to adopt a sales coaching program.

Goal alignment is the first—and perhaps most important—key. A sales rep who has a clear objective that is echoed by their manager and has the buy-in of the top sales executives can be measured for success and coached toward a shared goal.

The second key to success: before anyone starts a sales coaching initiative, a sales process needs to be in place. The sales process structure must be repeatable and needs to have been proven successful in practice and not in theory. Without a process in place, sales coaching will do little to affect performance. We often see companies without an established sales process or see senior sales reps implement new processes while still practicing the habits from their previous experience in a different firm altogether. Where there is a lack of a common language and common goal, there is friction.

The third key to implementing a successful sales coaching program is to understand why coaching doesn’t occur. The two largest perceived barriers to coaching are that managers and sellers don't have the time and that managers don't know how to coach. To remove both roadblocks, a best practice Shapiro Negotiations Institute (SNI) has helped organizations implement is using a coaching field guide for managers. Providing a field guide that tells managers exactly what to do in a way that is consistent with their sales process, individual goals, and company goals, allows mangers to become coaches. In our case at SNI, the established objectives are around negotiation but the principles apply to any aspect of sales.

Key number four is that sales coaching should be applied consistently. At times coaching can be viewed as micro-managing and only necessary for those performing below an acceptable level. In some cases, we see high achievers rewarded by having their one-on-ones canceled or held less frequently. This can strain the coaching process throughout the organization. Our recommendation is a coaching meeting once a month for all levels and performers. Believing that some individuals are above the need for coaching flies in the face of the belief in constant improvement.

With that in mind, the fifth key to successful coaching is maximizing the value of the time during the one-on-ones. We have already agreed that a lack of time is one of the two primary reasons that coaching doesn’t occur. The remedy is to focus the coaching field guide on specific goals that add value to the sellers and the managers. This is most often accomplished by coaching toward future objectives rather than wallowing in failures or reveling in the glory of past battles won. There is absolutely a time and place for reviewing past performance, but to maximize these coaching meetings we stress looking forward.

An example of a specific goal for sales reps may be “asking more questions” and “talking less” during sales calls. Ahead of a coaching meeting, the seller will inform their manager of these goals and begin scripting some discovery questions for the client. This ensures that the manager and seller are coming to the meeting prepared, allowing them to compress the time spent in the meeting without sacrificing efficacy. They will discuss the best questions to ask and then role-play the next client interaction or sales call.

Taking this into account, it’s important to establish a culture where sales reps can succeed with managers helping them ask the right questions, the final key aspect to coaching. Here’s a quick example of what we saw play out with one of our clients. John Doe is a rep at XYZ that is consistently losing deals despite a full pipeline. When questioned, John responds with, “Our price is higher than the competitors.” This is a common situation and a difficult one for a manager if they simply accept that statement at face value and fight the long internal battle to lower prices and decrease margins.

An alternative solution would be for John’s manager to probe a little deeper into the situation.

John, for example, shared his latest preparation check list that highlighted the other party’s sole interest was price. But when pushed about price, John didn’t have a great reason as to why he felt that his assumption was true. His manager then made him focus on what else interested the company. While it was confirmed that price was important and XYZ’s price was higher than his competitors, the most important factor was delivery time. Both XYZ and his competitor had a standard delivery of 60 days, but the client would prefer a delivery time closer to 45 days. John, urged by his manager, then asked a strong hypothetical question: “If we could deliver in 50 days, would you move forward with XYZ?” The client said, “Yes, if we can get that in writing.” Instead of pushing for things beyond the control of the sales rep, the manager helped reframe the question. In the end, it was a win-win for the rep and the client. Most importantly, it was a huge win for collaboration at XYZ.

About the Author
Josh Jenkins

Josh Jenkins is director of business development for Shapiro Negotiations Institute. He primarily focuses on the acquisition and servicing of our clients. Josh utilizes his unique skill-set of problem solving to understand our clients’ pain points and aligns them with SNI’s most fitting training programs and facilitators to drive positive impact on our clients’ bottom lines.