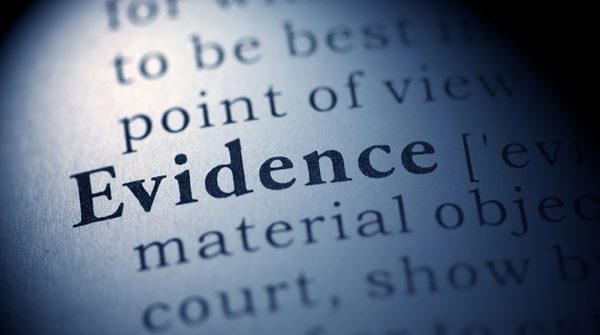 In recent years, the 70:20:10 model has become a commonly quoted statistic in training circles. There is even an entire online community devoted to it. But where did the concept originate and what is the evidence that supports it?

Various authors are cited as the source of the 70:20:10 mantra, most often studies at the Center for Creative Leadership, summarized by McCall, Lombardo, and Morrison in Lessons of Experience (1988, Lexington Press)—although the phrase never actually appears in the book.  McCall, Lombardo and Morrison were interested in understanding the elements of executive success. They asked 191 successful executives to respond to some version of the following question:

“Please identify at least three key events in your career, things that made a difference in the way you manage now.  1) What happened? 2) What did you learn from it (for better or worse)?

Lombardo and Eichinger later summarized their findings in the Career Architect Planner (1996 Lominger Press) as follows:

“Lessons learned by successful and effective managers are roughly:

Educational psychologist Alan Tough is another frequently cited source, although the closest he came, apparently, was to conclude that “about 70 percent” of adult learning takes place outside institutional frameworks.  As Will Thalheimer noted in his criticism of the graph showing the supposed percentage retained from various types of instruction (10 percent of what they read, 20 percent of what they see, 30 percent of what they hear, and so on), when does research ever result in percentages that are exact multiples of 10? (Thalhaimer, 2006).

When Kajewski and Masden (2012) of DeakinPrime recently went in search of the origins of the 70:20:10 rule, they concluded: “From our review it is clear that there is a lack of empirical data supporting 70:20:10 and, while the above mentioned sources are frequently credited, there is also a lack of certainty about the origin.”

Thus, learning professionals need to keep in mind that the 70:20:10 concept is a conceptual or theoretical model based on retrospective musings by executives about what made them successful and broad summary statements of the findings. It is neither a scientific fact nor a recipe for how best to develop people.

Just because people think that they learned a certain percentage from coaching, for example, doesn’t mean that is the ideal amount. Or, as a recent blog suggested, should training departments spend only 10 percent of their time and resources on formal training!

The hypothesis about how much learning occurred and where is impossible to test. So, what are we to make of 70:20:10? It is a useful reminder that employees are learning all the time—by observing, by making mistakes, through interactions with others and sometimes through formal course work.

Key findings from Lessons of Experience that should be quoted more often are that “formal coursework, however, was sometimes included by executives as an event that made a significant difference to them” and “coursework that had an impact on the executives seemed to have two things in common: it dealt with a relevant issue, and it occurred at a good time for the manager.”

The right training at the right time can have a significant impact, but whether that is 2 percent or 22 percent is impossible to say—and neither scientific nor terribly useful. As learning professionals we should remember what Gilbert’s Behavioral Engineering Model taught us: Worthy performance is always the interaction of individual capability and environment.  Optimizing performance requires attention to both.

About the Author
Andrew Jefferson

Andy Jefferson, JD, is President and Chief Executive Officer for The 6Ds Company.  He is co-author of The Six Disciplines of Breakthrough Learning and Getting Your Money’s Worth from Training and Development. Andy is a frequent and popular global presenter who excels in helping companies maximize the value they realize from their investments in learning and development. He is an accomplished executive with deep line-management expertise as well as experience in strategic planning, sales and marketing, productivity, and technology development. Andy views learning as a critical source of competitive advantage in an increasingly knowledge-based economy. He knows the challenges of running a company and making every investment count. Prior to joining The 6Ds Company, Andy served as the Chief Executive Officer of The Fort Hill Company, CEO of Vital Home Services, and Chief Operating Officer and General Counsel of AmeriStar Technologies, Inc. Andy is a graduate of the University of Delaware and graduated Phi Kappa Phi with honors from the Widener University School of Law, where he served on the school’s Board of Overseers.

About the Author
Roy Pollock

Roy V. H. Pollock, DVM, PhD, is Chief Learning Officer of The 6Ds Company and co-author of The Six Disciplines of Breakthrough Learning and Getting Your Money’s Worth from Training and Development. Roy has a passion for helping individuals and teams succeed. He is a popular speaker and frequent consultant on improving the value created by training and development.

Roy has a unique blend of experience in both business and education. He has served as Chief Learning Officer for the Fort Hill Company; Vice President, Global Strategic Product Development for SmithKline Beecham Animal Health; Vice President, Companion Animal Division for Pfizer; and Assistant Dean for Curriculum at Cornell’s Veterinary College.