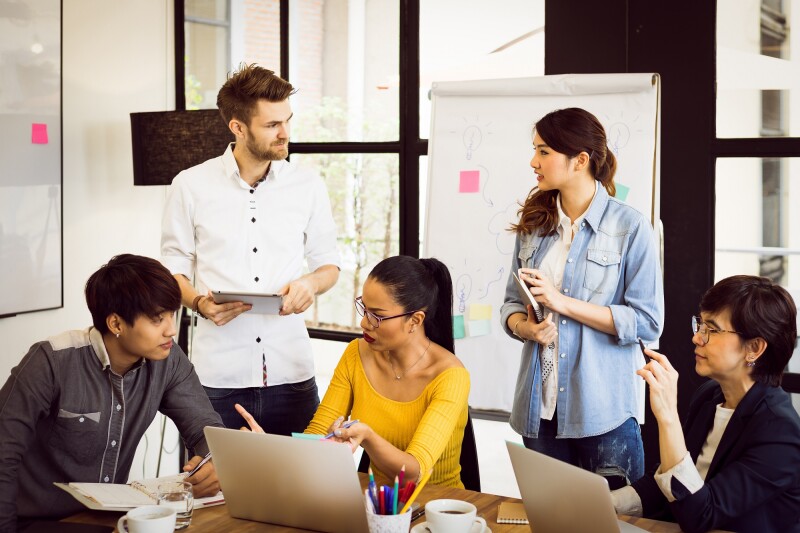 9 Types of People Who Never Succeed at Work

Social skills are becoming more critical than experience and knowledge for success in the workplace. Harvard economist David Deming studied workplace tasks from 1980 to the present day and found tasks that emphasize social skills grew by a whopping 24 percent, while those requiring technical know-how and intelligence experienced little growth. Deming also found that salaries increased the most for jobs that place extra emphasis on social skills.

With the increasing emphasis on social skills, people who lack them stand out like a zebra in a field of horses. We all know the different types: the co-worker who won’t stop talking when you’re trying to meet a deadline, the one who blatantly takes credit for your ideas, or the one who callously leaves you to pull an all-nighter to fix their mistake. The list goes on.

Social skills and self-awareness are matters of emotional intelligence (EQ), and TalentSmart’s research with more than a million people has shown that EQ is responsible for 58 percent of job performance. Those who lack EQ are at a significant disadvantage.

There are certain types of people whose lack of EQ harms their careers more than others. By studying them, you can avoid becoming one of them.

The Coward
Fear is an extremely powerful motivator. This is why presidential candidates tell people that their opponent will “destroy the economy” and advertisements warn that “smoking kills.” In the workplace, fearful people can resort to irrational and damaging behavior. Cowardly colleagues are quick to blame others or cover up important mistakes, and they fail to stand up for what is right.

The Dementor
In J. K. Rowling’s Harry Potter series, Dementors are evil creatures that suck souls out of people’s bodies, leaving them mere shells of humans. Rowling said she developed the concept for Dementors based on highly negative people—the type of person who has the ability to walk into a room and instantly drain the life out of it. Dementors impose their negativity and pessimism on everyone they encounter, and they can inject fear and concern into even the most benign situations.

The Arrogant
Arrogant people see everything you do as a personal challenge. Arrogance is false confidence, and it always masks major insecurities. A University of Akron study found that arrogance is correlated with a slew of problems in the workplace. Arrogant people tend to be lower performers, more disagreeable, and have more cognitive problems than the average person.

The Group-Thinker
Group-thinkers choose the path of least resistance and are famous for propagating the “this is how we’ve always done it” mentality. Be careful if you find yourself getting brainwashed with what everyone else believes; the status quo never leads to greatness.

The Shortchanged
People who feel shortchanged are quick to blame their lack of accomplishment on a lack of opportunity. While a lucky break may put a little wind in a successful person’s sails, they likely got where they are through hard work. What shortchanged people don’t realize is that their attitude is defeating them, not their circumstances.

The Temperamental
Temperamental people have absolutely no control over their emotions. They will lash out and project their feelings onto you—all while thinking you’re the one causing their malaise. These people perform poorly because their emotions cloud their judgment and their lack of self-control destroys their relationships.

The Victim
Victims are tough to identify because you initially empathize with their problems; but eventually, you begin to realize that their “time of need” is all the time. Victims actively push away any personal responsibility by making every speed bump they encounter into an uncrossable mountain. They don’t see tough times as opportunities to learn and grow from; instead, they see them as an excuse.

The Gullible
You can’t help but feel sorry for gullible co-workers. They’re the ones who find themselves babysitting the boss’s kids the morning after pulling a late night of work. For whatever reason, gullible people (often newbies) go with the flow until the gentle river becomes a tumultuous ocean. It’s OK to negotiate your salary, it’s OK to say no, and it’s OK to question the way things are done. You’ll earn a lot more respect if you stand up for yourself when the time is right.

The Apologizer
For every person who owes an apology, there’s another who apologizes too often. People who lack confidence are always apologizing for their ideas and actions; they fear failure and believe apologizing will act as a safety net. However, unnecessary apologies cheapen their ideas and make them less likely to stick. It’s important that your tone of voice and body language reflect the validity of your ideas. Stating an idea or opinion as a question is just as bad as apologizing. If you really believe something is worth sharing, own it and share it with confidence.

Bringing It All Together
If your reading experience is anything like my writing experience, you’ll see bits of yourself in some of these profiles. Here’s the good news: you can use that knowledge to build your self-awareness, make adjustments, and grow as a person. None of these behaviors are a career death sentence, because they can be eradicated through improved emotional intelligence. All it takes is a little self-awareness and a strong desire to change.

Editor’s note: This post was adapted from a LinkedIn article.

Dr. Travis Bradberry is the award-winning author of the bestselling book, Emotional Intelligence 2.0, and cofounder of TalentSmart®, which is a consultancy that serves more than 75 percent of Fortune 500 companies and is the world’s leading provider of emotional intelligence tests and training. Dr. Bradberry is a world-renowned expert in emotional intelligence, who speaks regularly in corporate and public settings. His books have been translated into 25 languages and are available in more than 150 countries. Dr. Bradberry has written for, or been covered by, Newsweek, BusinessWeek, Fortune, Forbes, Fast Company, Inc., USA Today, The Wall Street Journal, The Washington Post, and Harvard Business Review.

Abbie Emory
January 08, 2019 10:25 AM
You make change sound so simple. Mental fortitude and environment play a role in change. It can be difficult if the support for change isn't present in the workplace. I'd like to see a follow up on how employers can help all employees find success, even those with challenges.
Sorry! Something went wrong on our end. Please try again later.