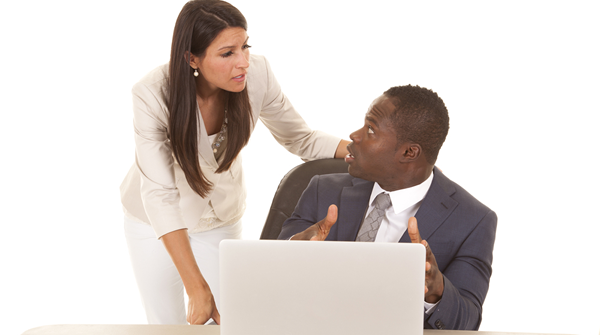 This blog series features a case study that explores how a coaching relationship exhibits core coaching competencies, as identified by the International Coach Federation (ICF). This post explains how a professional coach established trust and intimacy with her client. Check out the first post in this series.

Marie, the executive coach, had explained to her client David that while the 360-degree evaluation was being conducted, they would discuss what David wanted in all areas of his life. Because their initial meeting laid a solid foundation in regards to confidentiality and process, David felt comfortable and ready for the second coaching session. As the conversation progressed, David began opening up and found himself talking about things he wanted that he had forgotten long ago. As he talked, Marie’s accepting and affirming responses helped David to continue to relax. Marie probed, used humor, and was completely focused on David. David shared that in his career he wanted to achieve specific growth and productivity numbers on the job, and he wanted to serve as a mentor for two of the vice presidents that had been identified as potential successors to his position as CEO.

David also realized he wanted to develop certain skills at work to improve his relationships and enhance outcomes. David shared his goal for the bonus he wanted to earn. He talked about his retirement goals.

Then David talked about what he wanted in his relationship with his wife and with his grown-up children. David set goals for spending time with relatives and friends, as well as for exercising and improving his eating habits. He explored what he wanted in his spiritual life, what volunteer opportunities he wanted to pursue, and which causes were of interest to him. He talked about the legacy he wanted to create, both at work and with his family. He described his ideal emotional state. He defined what work-life balance meant to him. In the process, David learned about himself and his values.

In their next session, Marie and David discussed his process for choosing thoughts and developing habits that supported his goals. She provided him with perspective on using different tools and techniques. Marie shared her notes with David and he realized how deeply she had listened. He felt empowered by the way all of his goals were pulled together in one big picture.

During the first two coaching sessions, Marie built on the foundation established in their initial meeting, further developing David’s trust by demonstrating that she heard and understood him.  Through this process the relationship was “co-created.”