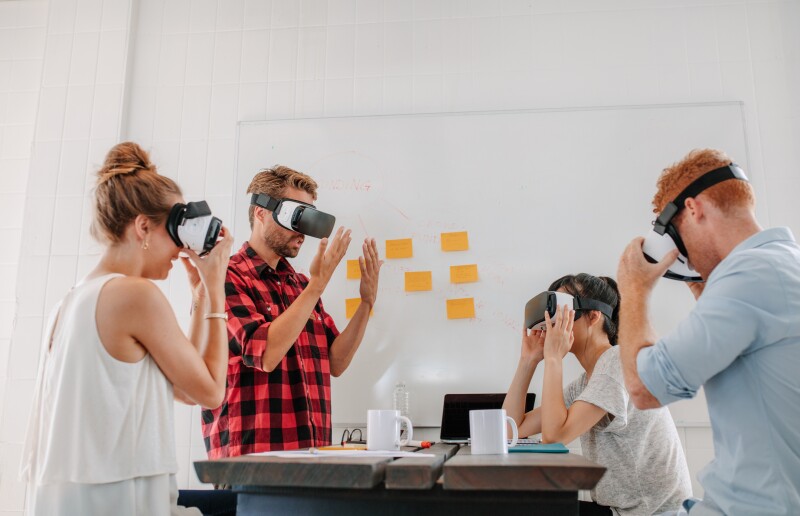 A Sim of a Sim

I wrote in a 1999 Gartner Research Note that "Lessons learned from the computer games industry will increasingly impact the evolution of corporate e-learning." In my column for Online Learning a few months later, I wrote "Probably the best model to fill the hole [in sophisticated content] will be immersive simulations—courses that put students into a role and give them a problem to solve." And in my 2002 Field Guide to Educational Simulations for Learning Circuits, I started with the question, "Can the lessons, techniques, and technologies of computer games be intelligently applied to create a new breed of formal learning simulations?" while simultaneously cautioning, "Simulations are sparking excitement in the e-learning world. And yet, simulations—especially soft-skill simulations—are approaching the peak of inflated expectations. Everyone's talking about simulations, but few have seen a model they like."

The early premise that computer game-like simulations would be highly appropriate for education is intuitive. Traditional linear content is deadening. And computer games were, after all, complex teaching machines, combining scalability and developmental transformation better than any other educational experience. Students could play 30 to 60 hours of the newest version of Civilization, for example, and be excited and interested in the topic. They could learn the pros and cons of starting wars, investing in technology, and expanding national influence through culture and religion.

While the idea of computer game-inspired educational media was perfect in theory, however, it broke down in practice. Creating a fun game—let alone an educational one—is hard. Meanwhile, the number of hours that went into the development of Civilization was astronomical, with all the versions and all the user communities accounted for. No patrons are willing to invest one hundredth of that amount. And for today's environment, it is the wrong solution—most academic, military, or corporate entities do not need or want a deep, 30- to 60-hour educational experience that fully engages 30 percent of the audience. They want a broad collection of 10- or 15-minute programs that engage 85 percent or more of the audience.

There had to be a way to create programs that would deliver content and facilitate learning within the confines of audiences’ interests. I was determined to find out how.

At the beginning of this millennium, I started building some complex educational simulations for a broader population, which were patented and award-winning and made millions. For the most popular, SimuLearn's Virtual Leader, I studied plays and implementations carefully over years. I noticed that many stakeholders—students, instructors, sponsors, and those using simulations for assessment—considered the richness of the experience a negative, not a positive. It was too open-ended. The best case—from an instructional perspective—happened when students followed one of five or six predictable strategies in the game, which lined up with various leadership styles, and then had a debriefing session with a coach to talk through it.

As well as developing complex sims, I also was often in the sales situation of pitching new sim concepts to corporations and government agencies. For each presentation, I would spend time studying the material then build robust storyboards. The first 10 or 15 PowerPoint slides took the audience through the easy level of the proposed sim. It showed a few moments where players could make right or wrong decisions and the feedback each would receive.

At the end of the first level, the audience would predictably say, "Yes, that is interesting but it seems too simple." That would be my cue to go to another set of storyboards that jumped ahead to a sequence about midway through the sim. These five or six slides, less robustly modeled on my part, would visualize much more complex opportunities for a deeper strategy and nuanced actions.

I might end with three or four slides of other possible levels and the challenges they would present. These mid- and end-sim storyboards were effective only because the people in the room had joined me in going through the first level. At this point, if I had done my job, the people in the room would be itching to play the proposed sim. They would even be talking about different approaches they might use in the more challenging scenarios I had teed up.

I won some of these contracts and lost others. Often the expense and time to build the sim cost me those contracts despite the need for the value I was proposing and the interest of the sponsors. And when I did win contracts, often enough, the final, complex sims were effective for only a third of the audience, mixed for a third, and unappealing to the last third. My numbers were even better than or equivalent to the other sim developments I was brought in to study. This might have been why, for a decade and half, no game-like educational sim became a killer app.

Then, around the middle of this decade, some important nonprofits began asking for smaller sims to support important work, including assessment. Soon after, some tool vendors started producing some authoring platforms created for branching stories but also flexible enough to do much more. And I was increasingly getting involved in conversations with content designers who had read my books and believed in what I was saying but did not have access to the various exotic skills necessary to pull off big sims.

I created hundreds of short sims for clients and along the way developed a process that finally democratizes interactivity in educational media. The best way to describe the best of short sims is, "A sim of a sim." Given my experiences, I can think of no higher goal.

My sixth book, Short Sims, shares this process. To remove the final barriers, I am making this book available for free on August 1. Let the games begin.

About the Author
Clark Aldrich

Clark Aldrich has been called a “guru” by Fortune and a “maverick” by CNN. He and his work in educational media have been featured in hundreds of sources, including CBS, ABC, The New York Times, USA Today, AP, Wall Street Journal, NPR, CNET, Business 2.0, BusinessWeek, and U.S. News and World Report.

Aldrich develops custom short sims, a new type of transformative non-proprietary educational content that he pioneered to fix education, through www.shortsims.com. He also trains designers for Short Sims Certification based on his newest book, Short Sims: A Game Changer(April 2020).

He works with corporations, universities, foundations, the U.S. military, nonprofits, government organizations, academic institutions, and VCs on a variety of additional projects to implement the future of education.

Aldrich has written six books, been a columnist for industry magazines, quoted by President Obama, and invited to speak at the Koch brothers' annual education summit, as well as created patent and award-wining programs. Previously, he was the founder and former director of research for Gartner’s e-learning coverage. Earlier in his career, he worked on special projects for Xerox’ executive team. He also volunteered on several non-profit organizations aimed at child advocacy, and has served on numerous boards.