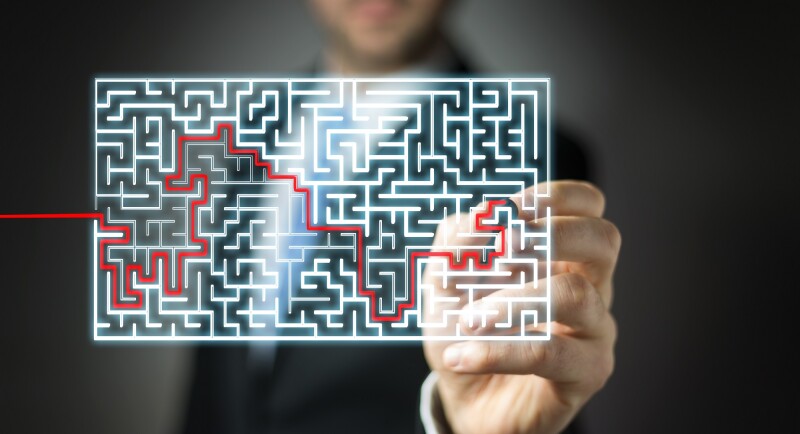 Achieving Extreme Performance Is All About Adversity Management

In the Spring of 2000, I was in the deserts of Nepal trying to keep ahead of the French. It was another non-stop day of the Raid Gauloise adventure race that had started six days earlier in the Himalayan peaks of Tibet. Me and my four teammates were just entering the transition area to pick up our bikes, and we had a three-hour lead on the French team and 70 miles of pedaling before reaching the finish line.

Then, disaster struck. Our support team had not arrived to the transition area with our bikes. No one knew where they were or when they would arrive. Faced with this severe setback, one of my teammates got inspired. He decided to rent five ragtag, falling apart bikes from the locals. The bikes were the best we could find, which wasn’t saying much, but we were determined to win. The French race organizers had different ideas; they said they would penalize us three hours for using non-regulation bikes—for each bike! That would be a total 15-hour penalty.

What could we do? Give up?

We took the penalty and started riding, determined to finish the race. Then, the bikes broke down and we had to push them through the sandy roads. That wasn’t the end of our obstacles, but despite the penalty and other setbacks we still finished fourth. Our French rivals? They were arrested by the Nepalese for unknown reasons and didn’t win either, which just shows that both of the top teams were facing some crazy adversity at the penultimate moment of the race!

Adversity can strike at anytime to anyone. It’s how we approach these moments of adversity that determines whether we can achieve extreme performance. In part three of this Extreme Performance series, I offer four suggestions for managing adversity.

When it comes to adversity, your attitude and your response to times of great challenge and change dictates your long-term success. The best of the best inspire themselves and their teammates to always see a "challenge,” never a “roadblock.”

Remember: The human spirit is wired to rise to the occasion! When we first learned we didn’t have any bikes to ride, my teammates didn’t give up. We saw the lack of bikes as just another obstacle to overcome and found bikes to rent. We didn’t win, but we didn’t give up either.

Be Ruled by Hope Rather Than Fear

It’s hard to be successful when you play it safe. When we didn’t have our bikes at the transition area, my team could have made the safe move. We could have waited to see if our support team eventually showed up. Instead, we were ruled by the hope of success and took action.

When faced with a difficult challenge or times of change, take stock of yourself. Are you driven to do what it takes to win or are you simply doing what it takes to not lose? Where you set your focus completely changes who you are and how you operate—and leads you down two different paths to two vastly different finish lines. Try focusing on and planning your next moves based on where you want to go instead of focusing on all of the things you worry might happen.

Embrace Setbacks and Challenges as a Springboard to Success

Sometimes you are going to lose. When we took that 15-hour penalty we knew it would take a miracle to win first place. But we also knew how we handled setbacks would determine our success in future races. So, we pressed on, got fourth place—and a standing ovation for our efforts.

One of the many hallmarks of a world-class team is its ability to realize in the moment that challenges will lead them to something much better in the future, and then embrace those times of change and uncertainty as a chance to get a jump on future success. Pain brings progress.

For us, how we learned to work together as a team in Nepal brought us victory a few months later in the Eco-Challenge adventure race in Borneo.

Conditions are rarely perfect for success. In Nepal, we didn’t have our high-power mountain bikes to get us through the desert. Yet, we didn’t let that stop us from finishing the race.

In business, rarely will you find perfect conditions. The market might be faltering, the competition could be rallying, or the government might pass new regulations. Bottom line: conditions are always changing. Success is a journey, not a destination. The best teammates inspire everyone around them to persevere, make the best of a crazy situation, and never ever lose that drive to do whatever it takes to achieve extreme performance.

So, the next time you face adverse conditions, take stock. Find the challenge in your industry, not the obstacle. Then work with the conditions so your team can achieve extreme performance.