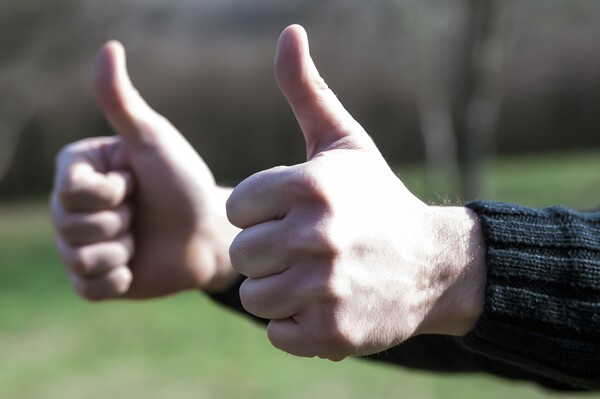 Change is a routine part of life. Organizations that do not adapt to the world and the changing economic environment will die. In this milieu, change management—the process of implementing and coping with changes such as new corporate policies, changes in the marketplace, and new leadership—is an essential skill, but one that many lack. In fact, according to Gallup, more than 70 percent of new initiatives implemented by organizations fail.

The Challenge of Change

Even though change is a common occurrence in today’s workplace, employees almost always view it negatively. No one likes the pain and extra effort associated with change. However, the way change is implemented (especially the relational aspects) is a primary reason why people resist change. As Robert Paton and James McCalman write in their book Change Management, “the resentment that is often felt during the management of change is not resentment to change per se but to the processes by which it is managed.” Therefore, improving the process of how change is implemented can enhance change management efforts.

When employees, supervisors, and managers feel appreciated for what they do and how they contribute to the organization’s success, the process of change within an organization goes more smoothly. Team members who feel valued, including managers, supervisors, and frontline employees, are less reactive and more open to changes within an organization that affect them personally. Conversely, employees who feel unappreciated are more likely to react negatively to proposed changes, feeling like they have to defend themselves from being taken advantage of by their organization.

Difference Between Recognition and Authentic Appreciation

While almost 90 percent of all businesses in the United States have some form of employee recognition activities, traditional employee recognition programs are not effective in helping team members feel truly valued. In fact, three of the most common employee responses to employee recognition are apathy (“I don’t go to the events. They have no relevance to me.”), sarcasm (“It’s just a big, political show. They just pass the award around to each department.”), and cynicism (“They don’t give a rip about us. They only do this to make themselves look good.”)

These reactions occur for a variety of reasons. Most employee recognition programs are based on actions that are generic (everyone gets the same holiday card and gift card), general (“Thanks for all you do for the organization.”), infrequent (during an occasional performance review), and group-based (“You all did a great job getting that proposal ready.”). Ultimately, employee recognition has come to be viewed negatively because the recognition is not perceived as authentic.

Fortunately, there are ways to help employees feel truly valued. In The 5 Languages of Appreciation in the Workplace, Gary Chapman and Paul White identify four core conditions that are necessary for people to actually feel appreciated, rather than just being given generic recognition. Team members feel valued when appreciation is:

The Practical Impact of Authentic Appreciation

Appreciation that is communicated in individualized, genuine ways helps decrease negative reactions to proposed changes within the organization. Implementing and coping with change more effectively occurs in three distinct areas.

Effective Behavior Reinforcement. First, appreciation allows for effective behavior reinforcement, a key piece of day-to-day management. If you are trying to get people to change, then you need to positively reinforce the behavior you want. Negative reinforcement can work at times, but it only gets people to do “just enough” to escape the punishment. For positive reinforcement to work best, writes Aubrey Daniels in Bringing Out the Best in People, it must be individualized and done in a way so that the recipient can “hear” it.

One way to communicate praise is to write to an employee (spelling her name correctly!), identify the specific action that you appreciate, and explain why the action is important to you, the organization, or your clientele.

Emotional Energy for Change. Authentic appreciation also creates emotional energy for change. In their book Switch, Chip and Dan Heath describe two agents inside every person that affect change: the elephant and the rider. The rider (willpower, mind) can “white-knuckle” change for a while (think about a diet that lasts only four days), but long-lasting change requires getting the elephant (emotions, desire) in line with the desired change.

Negative reinforcement appeals to people’s willpower, but negatively affects the recipient’s emotions—who wants to give extra effort for the boss who threated to fire them? On the other hand, communicating appreciation creates positive emotional energy for change. This is a key part of John Kotter’s fourth step in the change process, Enlist a Volunteer Army, from his book Accelerate. Authentic appreciation is essential in raising a large force of people who are ready, willing, and urgent to drive change. When managers show employees they are valued by displaying appreciation that is authentic and personal, employees gain trust in their manager and are more willing to put forth extra effort to make necessary changes.

Reduced Resistance to Change. Third, when employees feel truly valued, they are less resistant to change. Kurt Lewin’s force field theory of change says that to create change, you either need to increase the “force” to overcome resistance or you need to reduce the resistance to change. This idea was also incorporated into Kotter’s fifth step in the change process, Enable Action by Removing Barriers. Unfortunately, we all have known individuals who were against an idea just because they didn’t like the person or organization advocating for that idea. Sometimes people resist change because of the process or person implementing it, not because they are against the change itself.

Communicating authentic appreciation helps managers reduce resistance to change by demonstrating that you value them, which in turns leads to increased trust. In all of this, authenticity is key. If the employee does not believe appreciation given is genuine, nothing else really matters. Perceived ulterior motives, ignoring past personal conflicts, or a disparity between actions and words will all undermine the appreciation you are trying to show.

One client organization was in the midst of a lot of significant change. Their senior leadership had just been shuffled and there were rumors of a potential merger on the horizon—a situation that caused many employees to fret. The new leadership decided to confront the employees’ fears head on, so they began a communication plan to assure all employees that they were appreciated and valued. Senior leadership continued to communicate any news of the merger on a regular basis, earning employee trust and reducing resistance to change.

As employees felt more and more appreciated and trusted by receiving regular news of the merger, their excitement for the potential merger grew, creating the emotional energy that would be needed to implement the process changes as part of the merger. While there was still some hesitancy about the merger, the organization as a whole was excited and energized to take on the change!

A second firm was in talks to acquire a smaller company, which seemed like a great fit. One of the major selling points was the experienced staff that would be acquired in the deal, so it was imperative to retain all the staff through the transition. The leadership team realized that demonstrating to the new staff that they would be valued and appreciated as a part of the new team was key in retaining them. Therefore, they set out to reaffirm all employees’ individual role in the new company and communicate the value they would provide.

As the new employees were integrated into their roles, leadership continued to communicate their appreciation for the work done and to affirm the added value provided by the new employees. Consequently, the new employees understood their place in the new organization and felt valued, helping them overcome their fears and resistance to change and feel excited to be a part of the new company. Not one employee from the acquired company left!

Appreciation is a powerful tool for change management when done with authenticity. Other important aspects of the business also are positively affected when employees feel truly valued, including increased productivity, reduced turnover, and higher customer satisfaction ratings. Executives and managers who are anticipating implementing major changes in their organization would be wise to first lay a foundation of communicating appreciation for their team members prior to instituting the change process.

About the Author
Daniel White

Daniel White, MSOD, works with businesses and not-for-profits as an organizational development consultant at AGH (@aghlc), and teaches graduate-level organization development. He is a former not-for-profit administrator who has consulted with organizations in the United States, Bolivia, Guatemala, and Ghana. Reach him at [email protected]