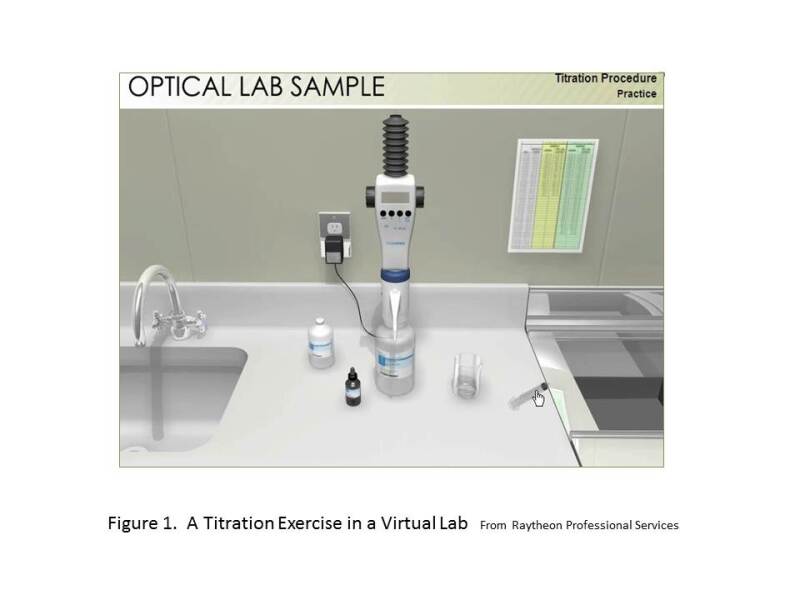 Are Virtual Labs As Good as Hands-On?

From chemistry to biology or physics, as a science major, I spent many hours in physical labs. Today many online environments can emulate the equipment and conditions of physical labs. One of the better known widely used virtual labs is Packet Tracer, a computer simulation developed by Cisco that can be used to teach building, configuring, and troubleshooting networks via drag-and-drop functionality. In Figure 1, I show another example of a virtual lab developed by Raytheon Professional Services that emulates the equipment and actions needed to perform a titration in an optical laboratory.

Is learning as effective from a virtual lab as from a physical lab? A recent experiment reported by Zacharia and Olympiou (2011) compared learning from physical and virtual manipulative experimentation in Physics. The experiment focused on a section from a Physics by Inquiry program on heat and heat transfer. Students were randomly assigned to one of five sections, all of which involved a 1.5-hour class taken once a week for 15 weeks. The traditional class (control group) did not engage in any laboratory work themselves, but instead viewed an instructor or a video demonstration of the labs followed by answering questions about the lab and completing text book problems. These students were exposed to all of the same information as the other groups but did not engage in overt lab activity. The other groups completed labs as follows:

2. Virtual in which students manipulated virtual objects, materials and instruments as shown in Figure 2;

3. and 4. A combination of physical and virtual with one group starting with a physical lab and the other with a virtual lab.

Which group or groups do you think learned best? Which learned the least? 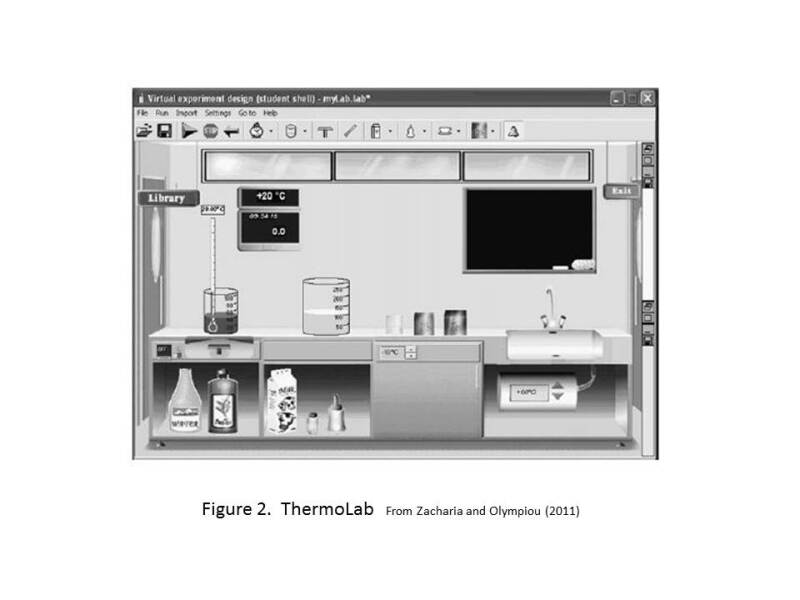 All students were tested with conceptual questions such as, “Suppose that 500 g of hot water at 60°C is mixed with 500 g of cold water at 40'C:

1. The temperature of the hot water increases, decreases, or remains the same? Explain your reasoning

2. The temperature of the cold water increases, decreases, or remains the same? Explain your reasoning

I summarize the scores from Test 4 in Figure 3 below. As you can see, conceptual understanding was equivalent among the experimental groups, all of which learned significantly more than the traditional group. From this experiment we learn that (1) active overt engagement in either a physical or a virtual lab leads to equal conceptual learning, and (2) all lab groups with active learner engagement learned significantly more than students who observed experiments. 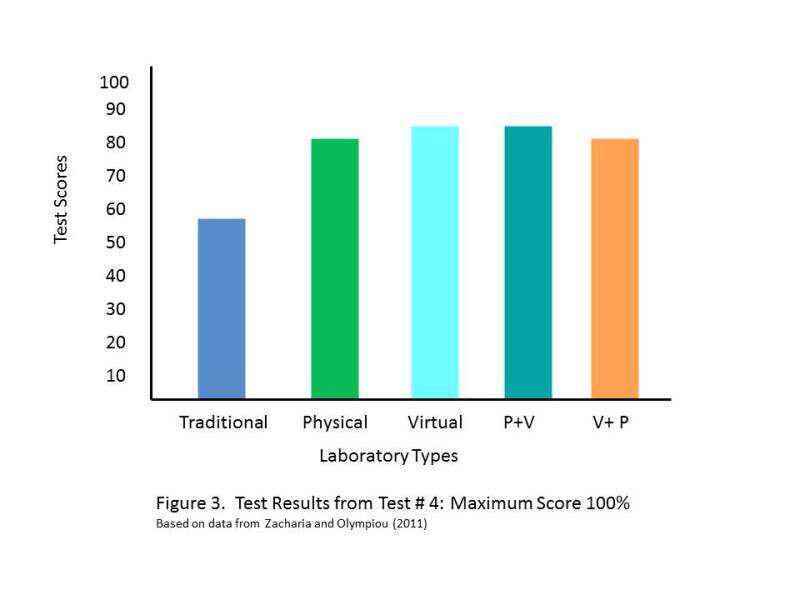 To make up for years of neglect of culinary skills, I’ve recently been taking cooking classes. Would I have learned as much from a virtual kitchen as from the real one we used in class? So much of risotto success depends on the physical feeling you get as you stir the rice, the change in appearance of the rice in different stages, and the taste and texture of the rice as cooking progresses. I’m afraid that a virtual kitchen would fall short. Making risotto is a procedural skill that requires a great deal of sensory feedback to pull off. Certainly the end-of-class feedback of eating your product would be sorely lacking in a virtual environment.

The Zacharia and Olympiou experiment suggests that virtual labs can be effective to promote conceptual learning. However, if your goal involves learning complex psychomotor skills and/or learner decisions or actions based on tactile or olfactory sensory cues (like the risotto class), you may want to stick with a hands-on environment (which may be augmented with computer simulation) or a combination of hands-on and virtual learning landscapes.

What is your experience with virtual labs either as a student or designer or instructor? Please comment with your own lessons learned.

About the Author
Ruth Clark

Ruth Clark is a specialist in instructional design and technical training, determined to bridge the gap between academic research and practitioner application in instructional methods. She holds a doctorate in the field and is president of her own company, Clark Training & Consulting. Her books and articles focus on various aspects of training and e-learning.