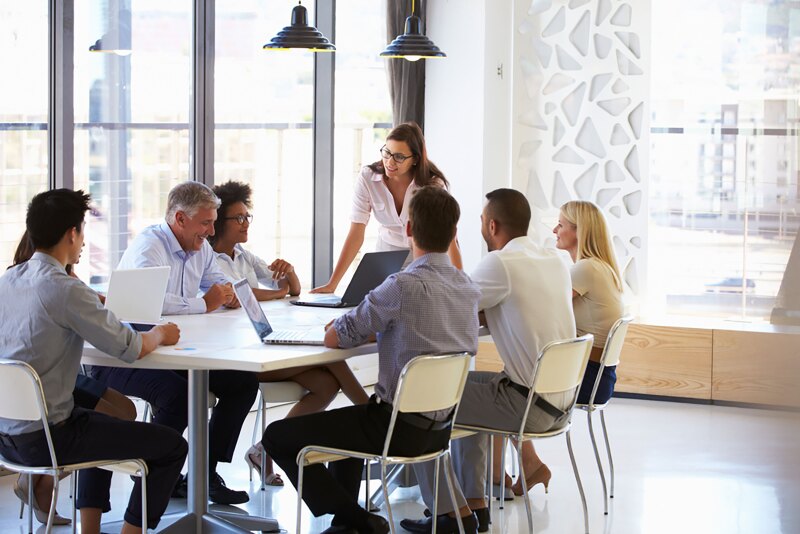 Are You Overlooking a Personal Attribute That Drives Your Effectiveness and Success?

Would you believe me if I told you that a three-minute video led one group of employees to have higher engagement, higher performance, and lower blood pressure two weeks later than another group of employees who had seen a different video?

Well, it happened! The study was conducted by Alia Crum, Peter Salovey, and Shawn Achor. 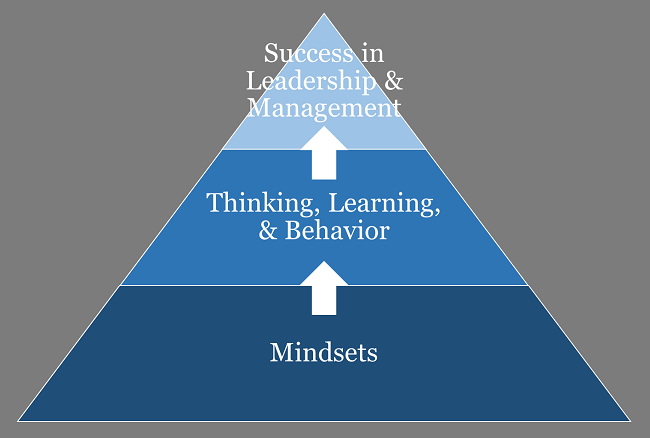 Despite decades of research and hundreds of studies demonstrating the role and importance of mindset, few talent developers give it much attention.

The figure below depicts the typical development process, where someone is trying to pull either success or thinking, learning, and behavior forward to a more positive state. But, when this is done without considering the role of mindsets, what ends up happening is that there exists a tension between where the employees’ or organization’s mindsets currently are and the development of the top two levels of the pyramid. Ultimately, this means that the development is more difficult than it should be, and likely not long-lasting, as the top two levels of the pyramid are likely to resort back to where the mindsets reside.

The development process looks much different if the important role of mindsets is considered. In such instances, talent developers push the mindsets forward, knowing that the top two levels of the pyramid will naturally follow. Further, the result of the process is much more likely to be successful because it isn’t met with the same resistance, and it is likely to be longer-lasting.

This might lead you to ask: If researchers have known about the power of mindsets, why is it common for talent developers to overlook mindsets in the development process?
Advertisement

I believe the primary reason why mindsets get overlooked is because most of the research on mindsets has occurred outside the management and organizational domains, and while there are a variety of different mindsets that have been found to drive success, they have not been brought together into one body—that is, until now.

Check out this mindset self-assessment that brings together multiple domains of research and evaluates individuals across four sets of mindsets that have been proven to dictate individual thinking, learning, and behavior.

Bottom line: Because mindsets drive our thinking, learning, and behavior, they are foundational to our success in life, work, and leadership. Knowing this, you are now empowered to harness the power of mindsets to bring about higher quality and longer-lasting development with your employees and organization.

Remove the comma after “learning” in this image—the serial comma is omitted when an ampersand is used. (Make the same change in the version that follows as well.)

Kerry-Ann Douglas-Powell
July 10, 2018 01:41 PM
Ryan I just took your mindset assessment and it gave me some really great food for thought. Some of the insights I already know (or at least I had already suspected about myself) but some of the questions and the outcomes of my assessments gave me points to add to my reflective journaling.
Thanks again for sharing such a powerful tool and at a cost that fits government budgets :) - I am spreading the word inside my own organization north of the boarder.
Keep up the great work!
Sorry! Something went wrong on our end. Please try again later.
JK
Jon Keck
July 09, 2018 05:02 PM
Arbinger Institute's work on Inward/Outward mindset is very similar. They frequently reference a 2014 Mckinsey article that explores focusing on mindset to produced 4x greater success rate in organizational-change efforts than companies that overlooked mindset.

Michelle Walker
July 02, 2018 01:05 PM
Your mindset self-assessment was quite enlightening--thanks!