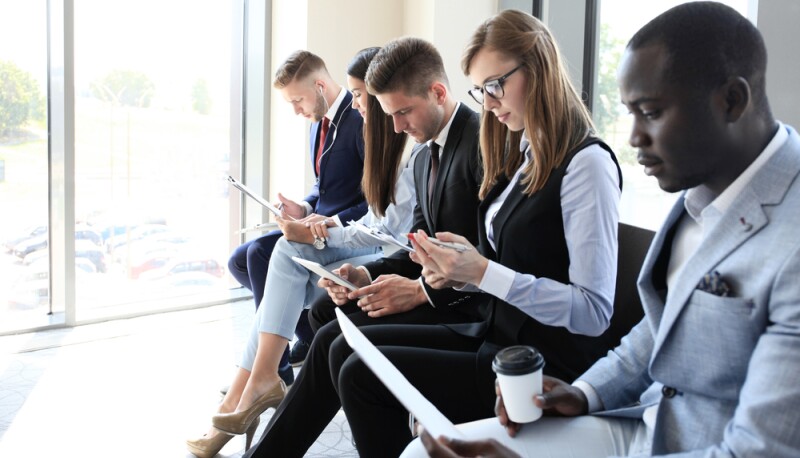 Are You Using #ONO for Your Job Search?

Few would dispute that LinkedIn is today's top place to get noticed by recruiters and hiring managers. At present, approximately 90 percent of recruiters use the site to find and screen job candidates. However, as LinkedIn becomes more crowded, people find it increasingly difficult to stand out and get their message to their target audience.

In addition, LinkedIn only displays the first third of a profile headline in the first search on a candidate. You read that correctly: the 120 characters you sweated over crafting to a fine art have been whittled down to just 32 in a quick search. So, while you have 120 characters in your headline, only 32 characters will actually show up unless someone opts to drill down into your complete profile.

With only 32 characters in your favor, how do you get the attention of recruiters and hiring managers in a rapidly shrinking space?

A group of LinkedIn influencers devised one solution: the hashtag #ONO—an acronym that stands for "Open to New Opportunities." #ONO uses only three characters to communicate that you are seeking a new job or new clients.

Lynda Spiegel is a member of the #ONO founding group. She is a LinkedIn writer and speaker on job search, recruitment, and human resources best practices. “There’s no shame in being unemployed—it’s a condition most of us experience at least once throughout our careers—but it’s not a compelling reason for someone to hire you,” she writes. “But when you are looking for work, you want to do everything possible to make your job search go faster,” she adds. If people don’t know you are searching, they can’t help you.

To come up with the right solution to this problem, Spiegel and Deb Helfrich, director of strategic partnerships at Mindfulness E-Learning Solutions, started brainstorming the terms people could use in their job search on LinkedIn. “I realized,” said Spiegel, “as a former HR recruiter myself, that never once did I search with the term: ‘'Looking for New Opportunities.’ Those are not keywords that recruiters use.”

It became clear to Spiegal and Helfrich that candidates and recruiters appear to be working at cross purposes. So Helfrich suggested starting a hashtag that could bridge the divide and serve as a platform that both job seekers and recruiters could use to communicate effectively.

For recruiters to be willing to use it, however, the new hashtag would have to be short and punchy. Helfrich had another suggestion: shorten the phrase from “Open to New Opportunities,” which she often saw used in job seeker profiles, to #ONO. Then, she argued, recruiters might be willing to include this hashtag in their searches, as it uses few letters and could generate a list of candidates who were also using the same hashtag.

#LetsWork is another hashtag similar to #ONO that’s gaining wider use on LinkedIn. Like #ONO, #LetsWork uses fewer characters in a LinkedIn headline or summary. What’s more, seeing as how adoption has been more of a slow drip, this may not alert employers to that fact that one of their employees is actively job hunting.

If you search on either term in LinkedIn, you will find that many people are using them. Even together, these two terms only take up a small amount of the available headline real estate. Speigel notes that the #ONO hashtag is “still too new to [determine] traction.”

Greg Johnson, of AKA Recruiting, adds a cautionary note. In a LinkedIn post, he notes that putting any mention of a job search on your profile is a double-edged sword. “People should worry less about hashtags and headlines and more about the other 99.9 percent of the work they need to put into their job search,” he says.

But using hashtags, explains Johnson, doesn’t excuse a job seeker from still doing the hard work. “No hashtag or LinkedIn headline alone will do anything for you,” he says. Johnson adds that ideally a job seeker will do both: use hashtags, while also building and utilizing his or her network, and continuing to job hunt.

If you’re a job seeker looking to find work, you’ll find it useful to know some terms that recruiters and hiring managers use to advertise their job listings. Try searching LinkedIn using hash tags #TopTalent, #Recruiting, or #NowHiring.

Using #ONO and #LetsWork may also guide you to someone like Mike Barthel, a talent acquisition expert who is using both hashtags to identify right-fit talent. He posted recently on LinkedIn that he was offering to “share his own network of connections to help get great people back to work.” A recruiter sharing his own network with anyone looking for work? You probably didn’t get a better present than that during the holidays.

About the Author
Laura Labovich

As chief executive officer of the Career Strategy Group (www.thecareerstrategygroup.com), an outplacement firm in Bethesda, Maryland, Laura Labovich's contagious enthusiasm and powerful methodology are the perfect recipe for getting job seekers unstuck in their job search. As a Fortune 500 insider and recruiting veteran, Laura began her career with flagship giants such as Walt Disney World, where she recruited nationwide for the Walt Disney World College Program, and America Online, where she launched the first company-wide internship program. Laura has garnered attention from such national news media as the  Washington Post, Sirius XM Radio, Fox News, NBC,  USA Today, Chicago Tribune, Yahoo, and Monster.com. Laura is the co-author of the book  100 Conversations for Career Success: Learn to Network, Cold-Call and Tweet Your Way to Your Dream Job, and the author of the comprehensive job search course, HIRED!

Jared Wiese
March 11, 2018 01:47 PM
Hi Laura,
I'm the 3rd member of the #ONO initiative. I appreciate the share.
I'd like to clarify that LinkedIn searches show more than 32 characters. For you, we see 56 on mobile, 82 browser.
We agreed hashtags are not enough in linkedin.com/pulse/actively-seeking-new-opportunities-great-idea-try-ono-lynda-spiegel.
Yet the power is real. I made a one-word change on LinkedIn and got a job.
You also need networking, settings, SEO and curated content to stand out!