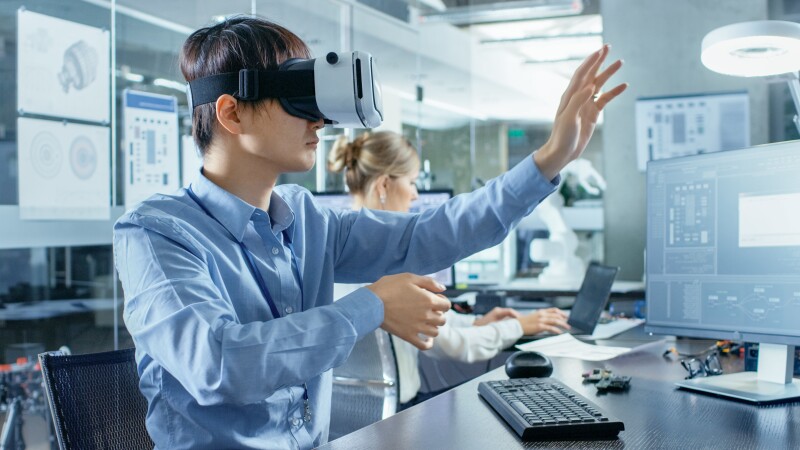 ARG and ARG, AR and VR, MR and XR: What Are They and Why Should You Care?

ARG, ARG, VR, AR, MR, XR . . . There are enough acronyms out there to make your head spin. But this alphabet soup contains legitimate learning and development (L&D) tools. Let’s examine each term and describe how these tools can be used in the modern training environment.

Alternative Reality Game
In The Gamification of Learning and Instruction, contributing author Koreen Olbrish states that “Alternate reality games (ARGs), also sometimes called pervasive games or transmedia storytelling, are designed to combine real life and digital game play elements. So . . . you are playing the game in the real world but doing behaviors that are linked to the game.”

In the 2016 book Alternate Reality Games: Gamification for Performance, Andy Petroski and Charles Palmer describe an ARG as being built around a story that engages the players through an anomaly in their regular schedule. It could be an email from an unknown source. It could be a note on a desk or a message on a computer screen like “Follow the white rabbit.” The realism of the story is strong at the beginning of the ARG. Most ARGs include a combination of real-world activities in a physical location and digital media.

Typically, ARGs are "tracked" online, but the actual game play consists of real-life activities. There are many entertainment-based ARG examples, including Microsoft’s I Love Bees (perhaps the most famous), ABC’s Lost—The Lost Experience, and CBS’s Numb3rs—Chain Factor. Examples of ARGs for social issues include Urgent Evoke and World Without Oil. The popularity of ARGs for entertainment and game and television tie-ins seemed to peak around late 2006; however, some ARGs are available and the genre has not completely disappeared. For example, the musical group Twenty One Pilots used an ARG called DEMA. The story/game was about a man escaping from an oppressive organization called DEMA.

Click this link to watch an explanation of I Love Bees, a great case study of an ARG.

Petroski argues that ARGs can be used for a variety of training purposes. The article “Alternate Reality Game Benefits for Your Organization” specifies four case studies where ARGs were used for immersion into new programs, helping teach collaboration and teamwork, optimizing training time by making pre-work more engaging and interesting, and helping learners to hone skills through an interactive story. He says, “Learning doesn’t happen at a moment in time and that knowledge, skills, and attitudes are built over extended periods of exploration, practice, feedback, and reflection. ARGs provide that extended learning time because they can integrate into work and life activities throughout the day and can take place over an extended period.” While this definition of ARG has a lot of potential in the L&D world, it is not as popular as the other definition of the acronym ARG.

Augmented Reality Game
An augmented reality game occurs when a game superimposes images, sound, or items onto the real world. Perhaps the best-known ARG of this kind of all time is Pokémon Go. (Image shows a Pokémon in front of Karl Kapp’s house in an ARG.) 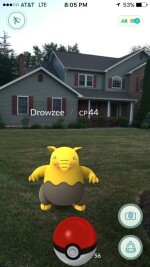 The idea is that the Pokémon (a fantasy creature) seems to be in front of the player but is not physically there. It is superimposed via the player’s smartphone along with its name, a score, and a Pokéball (the device to capture it).

Augmented reality means that reality is enhanced, made better, or provides more information because some type of computer device is adding information. Items are added onto reality via a mitigating technology. A person must be looking through a device to see the augmented reality. You have to hold up your phone, put on the glasses, or look through some type of screen to see the augmentation. (Below is an image from the ARG Harry Potter: Wizards Unite.) 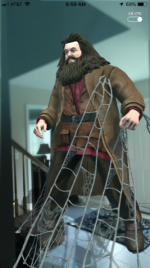 In L&D circles, the element of “games” is usually missing from the idea of ARG. The more common term is AR or augmented reality. While that doesn’t mean augmented reality games can’t be used for learning, the more practical application is simply AR.

Here is a great video from BMW that shows the potential of augmented reality in the realm of training. This video shows how AR can be used in a practical training situation and as performance support to help an employee complete tasks.

So now that we know what AR represents, how does virtual reality (VR) fit into this explanation? The big difference between the two is that with virtual reality, you are completely immersed in a virtual space and don’t see anything real.

When a learner “goes into” virtual reality, they put on a headset and are no longer in touch with reality. The only thing the learner can see is what is displayed on the screen in front of them. VR is a purely virtual experience without any intent to integrate with the real world. AR immerses the user completely in an audio and video reality all its own.

VR can be used for teaching all type of activities—for example, teaching how to run meetings, assemble items, empathize with others, or conduct a sales call. VR tends to have more of a training or learning focus than AR because in VR the learner can practice skills in a realistic setting. The image below shows a VR environment where a salesperson can practice sales skills in a realistic setting using the LearnBrite tool and the ZSA game. 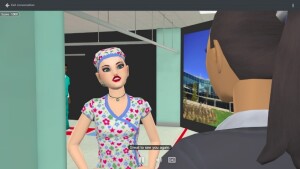 On the other hand, with AR you can walk step-by-step through performing the skills, as shown in the BMW example.

It is possible to be in a VR situation, fully immersed and wearing the headset, when, all of a sudden, through its built-in cameras the goggles show you reality. This mixed reality—a blending of virtual reality with the physical world—is almost the reverse of augmented reality. Instead of computer-generated images being superimposed on reality, reality is superimposed on top of digital images on the screens of your headset.
Labeling these categories of reality is cumbersome and constantly changes, so here is where our final term, extended reality (XR), comes into play. XR was created to be simply an all-encompassing term used by developers address all experiences, regardless of the reality.

Yes, you should care about the alphabet soup of “reality” terminology. They each have the potential to be powerful instructional tools that can provide a true performance support system. The BMW example clearly shows how to mix training with on-the-job actions. And the VR example from Interactive Sales Experience shows how VR can help train sales professionals.

Technology is driving a number of interesting advances in learning environments, but the fundamentals have not changed. The important thing for learning and development professionals to realize is that how people learn and what it means to motivate learners has not changed with technology. Now more than ever we need to know and put into practice evidence-based guidelines for developing instruction.

Even though Pokemon seems totally ubiquitous to us (especially us Millennials who grew up with it) it’s worth explaining for those who maybe have heard of the game but still don’t know the specific terms.

DS
About the Author
Daniel Siegel

Dr. Daniel Siegel’s areas of research include the creation of engaging instructional content by using various instructional design approaches, educational game design and the implementation of data analytic software in change management practices. Dr. Siegel published a book on accepting technology and overcoming resistance to change using the instructional model he developed called the Motivation and Acceptance Model (2008). Recently, he was published in The Journal of Technology Studies (2018) and co-authored Design and Development of Training Games: Practical Guidelines from a Multidisciplinary Perspective (2015). He was the principle investigator for "Developing the Use of Google and Cloud Computing" (2013) at the Orange County Public School system, and the principal investigator for the "Full Sail Pirate Plunder Edugame" (2012). Dr. Siegel has also researched and implemented peer-reviewed based customized instructional solutions for over 16,000 Stanford University employees through a seamless transition to paperless medical records using simulations and instructor-led training over multiple platforms, devices, and methods of delivery.

Rachel Anderson
January 01, 2020 03:46 PM
Thank you for this breakdown! All of these acronyms can get quite confusing after awhile but this article explained it well.