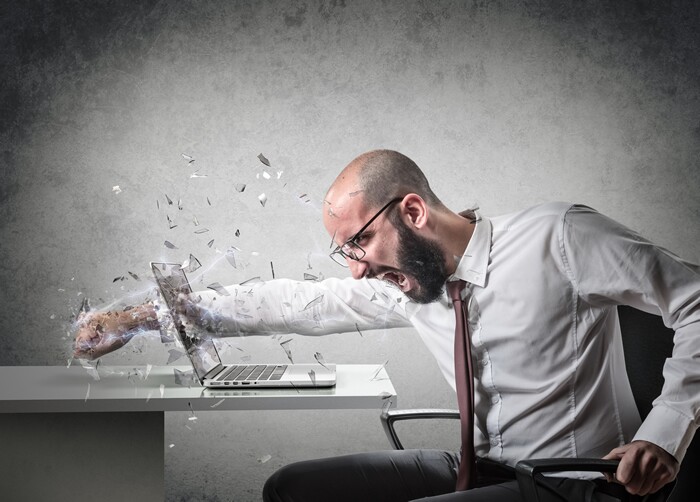 Battling the Bots: How Humans Can Win the War on Jobs

Legendary Harvard computer science professor William H. Bossert has said of the future: “If you’re afraid that you might be replaced by a computer, then you probably can be—and should be.”

His prophecy is already materializing: the robots are here. As industrial technology develops, many of the jobs that form the bedrock of our economy will soon be automated out of existence. Case in point: a client recently told me the hotel he works at was about to deploy a single app that would take over two-thirds of the job function of its front desk staff.

What should businesses do with all those employees? One option is to lay them off. Eliminating outdated front desk clerks, for example, would seem the prudential choice. But widespread, this practice takes a huge human toll: jobs are eliminated, unemployment rises, and economic hardship spreads. Robots win.

Another option is to train the hotel’s front desk staff to do something else, like planning, management, or logistics. It’s a popular idea in some quarters—Uber’s Travis Kalanick recently discussed how Uber drivers might stay relevant in a driverless world with “vocational periods and education.” But confronting an automated future with skills training alone is like a Bandaid for a wound that needs a tourniquet: innovation happens too fast. Jobs of the future, and the skills they require, will evolve on the scale of months, maybe years if we’re lucky. Workers will be playing an eternal game of catch up, starved for work with staying power.

Which brings us to option three: long-term development. Instead of training staff in a specific new skill, teach them how to learn, unlearn, and relearn. Those with keen learning instincts will be able to look ahead, train on their own, and continually discover new ways to add value to the business. This is the power of developing an employee over the course of their career rather than training them to do a single new task; they’ll innovate, improve upon the system, and sustain your business’ competitive advantage.

Better still, employees will enjoy it. Bossert went on to say that when computers eventually do eliminate our jobs, we should actually be grateful. Because with basic, repetitive or mundane tasks out of the way, humans can focus on the essence of being human. What that means will vary from job to job, but imagine it’s the “je ne sais quoi” that a kiosk, app, or virtual employee can’t touch yet. It’s creative problem-solving, social collaboration, and the ability to make moral judgments. It’s the work humans are uniquely qualified to do, and often like doing more than anything else.

People are a company’s most compelling differentiator, and investing in their growth is also an investment in the growth of the business. As a result of this support, your employees will be happier, more loyal, and more productive. It’s a win for workers, a win for business, and shelter from the invading robots.

People development can certainly save our workforce from the impending takeover of an automated workforce, but the time to intercede is now. The only way to do it is by scrutinizing the small decisions—like those made in hotels, factories, and offices across the globe—and prioritizing training, development, and innovation over sweeping, bottom-line automations.

When our career paths clash with the automatons, businesses can be ready to develop the 21st (and 22nd and 23rd) century workforce in the skills that will enable people to become faster, better learners—and more flexible humans.

Bottom line: If we can get good at learning, we can always get better at skills. We’ll leave the robots to do what they do best: everything we’d rather not have to do.

Join me at ATD 2016 International Conference & Exposition for the session, Zombie-Proof Your Organization: How to Breathe Life Into the Disengaged Working Dead.

About the Author
Alex Khurgin

Alex Khurgin is the director of learning innovation at Grovo, a next-generation learning solution for today’s workforce. A leader in the microlearning movement, Alex has played an integral role in developing Grovo's methodology, using science and psychology to engineer a learning experience for today's modern minds. He is also responsible for developing an internal learning culture at Grovo by facilitating a program for professional development and self-directed learning for all employees.

Prior to Grovo, Alex developed next generation educational content at leading edtech company Knewton. Alex is among the industry’s most passionate proponents of innovative enterprise learning and has presented his insights at conferences such as DevLearn, ATD, and CLO Innovators. Alex graduated with a BA in philosophy from Amherst College and lives in New York City.