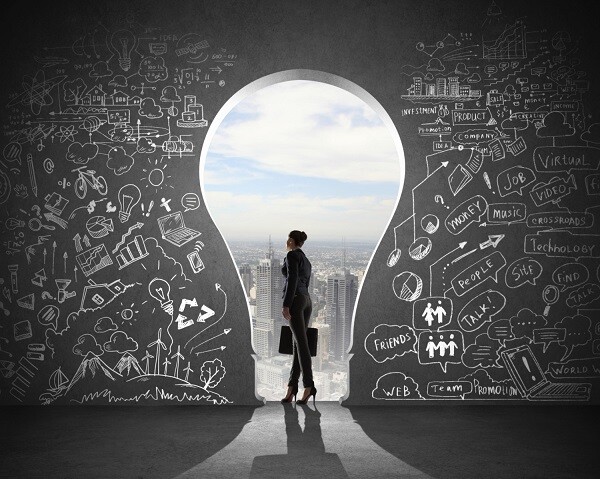 Beating AI: Use Your Creativity and Storytelling Skills

To enter into the Army Special Forces (the Green Berets), one of the most elite forces in the military, you must pass not only a rigorous physical training test, but also a leadership and teamwork abilities test. As a Green Beret, you must have impeccable communications skills—and if you want to beat out your competition and be the elite member on your workplace team, you need to have that same emphasis on communication skills, says Carmine Gallo. 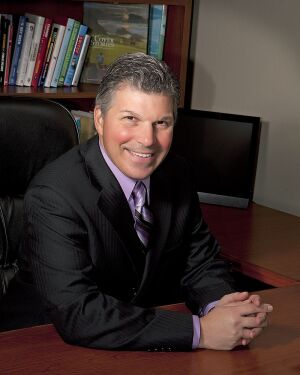 Carmine Gallo is a successful communications coach in the San Francisco Bay Area who has worked for some of the biggest names in business, including LinkedIn, Coca-Cola, and Google as well as the military (including special forces). He said he started receiving letters from people who had read his books on the art of communication and storytelling telling him how his advice had helped them launch wildly successful careers—landing jobs at places like Accenture, Google, and Apple. I spoke with Carmine about his new book, Five Stars—The Communication Secrets to Get From Good to Great . Here is some of what he had to say.

ATD: Some people are naturally born with the gift of gab, and communication comes easier to them than to others. Is it possible to transform a non-storyteller into an expert communicator?

CG: If someone is open and receptive to the idea of learning the skills and realizes this is important to their career development, they will want to gain the confidence to transform themselves to become outstanding communicators. We’ve seen this with a number of people who were afraid of public speaking. I think your readers would be surprised at the who’s who of billionaires and business leaders who were—at one point in their careers—simply terrified of public speaking. But they transformed themselves into great speakers.

There is wonderful quote from Warren Buffett; he tells Millennials that if you can improve your ability to communicate effectively (public speaking), you will increase your value in an organization by 50 percent. The skills we develop to become a better communicator are skills that are natural to humans; they were handed down to us more than 2,000 years ago. Machines, for now, can’t replace that. Smart machines can’t dream, or fire up our collective imagination. Advantage—humans!

ATD: You speak a lot about artificial intelligence (AI) in your book. How are machines unable to take over for humans as creative thinkers?

CG: There is a lot of apocalyptic talk, but it’s expected. Throughout history, periods of great distruption—especially with technological advances—were met with extreme fear. Fortunately, history shows that science and technology have made our world much better. We’ve created more jobs than have been eliminated. I have spoken to a lot of AI experts, and they are not worried in the least. When I started my book, I expressed more anxiety than did the scientists. They helped me to understand AI’s benefits—and limitations. One example I use in the book is about how a machine was able to grade average essays as well as actual teachers, and could grade thousands at a time. There was a problem, however; the machine was incapable of recognizing original thought. Above-average essays received poor grades from the computer algorithm because machines can recognize only what’s been done—they have no imagination. Machines are not creative. They can replicate, but they aren’t going to write Hamilton.

ATD: How much creativity and soft skills will people need in the future versus hard-coding technical skills, then?

CG: Experts in the field with whom I have discussed this say that you absolutely need the communication and collaboration piece. They are no longer soft skills, but are fundamental to success. If you add a layer of technical understanding—a coding class perhaps, but you don’t have become a technical genius—that will set you apart. Put it this way: In one study, 94 percent of hiring managers said an employee with stronger communication skills has a better chance of being promoted to a leadership position than an employee with more years of experience but weaker verbal skills. Add a layer of technical know-how, and you’ll be a winner.

There are several remarkable studies that show the art of persuasion accounts for 25 to 30 percent of the total U.S. economy. And persuasion will only grow more valuable—not less—in the next decade. If you speak well, it is one of the few times in the history of civilization that you can improve your place in life—not just a little, but significantly. Anyone who is a little better at expressing a new idea can see a massive increase in wealth. This isn’t simply one author’s opinion. It’s the opinion of influential historians, economists, scientists, and business leaders who I interviewed for the book. Anyone can have an idea, but to get that idea heard and shared around the world, you have to be able to express that idea effectively.

ATD: How do empathy and effective storytelling work together?

CG: Stories are the way we process the world. To advance our careers, we have to take an idea or product and wrap it into an empathetic story and narrative; then it is much more likely to engage the listeners and be successful. This is why TED talks are so successful.

If you are going in for a job interview, they don’t want to just hear your resume, they want to hear a story. Hiring managers aren’t looking for bullet points, they want an example from your career that reinforces their company values. Amazon founder Jeff Bezos recently said PowerPoint is banned at executive meetings. He prefers “narratively-structured” memos. In other words, tell him a story. It takes practice to become a better storyteller, but it is a skill worth building. Best of all, we know how to do it.

Storytelling is the most underrated skill in leadership and career advancement. They don’t teach the art of storytelling in MBA programs, but if you talk to some of the most elite business consulting firms in the world—ones that accept less than 1 percent of applicants—they will give new consultants a 20-slide PowerPoint presentation and tell them to turn it into two. Anyone can show numbers and data; but if you can show people how the data will change their lives, that’s a valuable skill to have—and companies are looking for it.

ATD: What one wrap-up piece of advice for those looking to advance their career would you give?

CG: I would say we are now in the age of multiple forces—globalization, automation, and artificial intelligence—which are combining to disrupt every career and every company. While this is happening, those who can master the ancient art of persuasion (I say “ancient” because the formula has been around for over 2,000 years) will thrive in the modern world. You will be irresistible and irreplaceable.

Formerly the senior content manager at ATD for career development and host of the Accidental Trainer podcast, Lisa Spinelli writes about career development and pathways. She is the editor and main author of Teachers to Trainers (ATD Press) and is working toward her ACC accreditation with the International Coaching Federation as a career and transition coach. Currently, she is director of content strategy at Degreed. Spinelli also volunteers her time outside of work coaching and assisting transitioning military service members and spouses as well as disabled entrepreneurs in their new career paths.