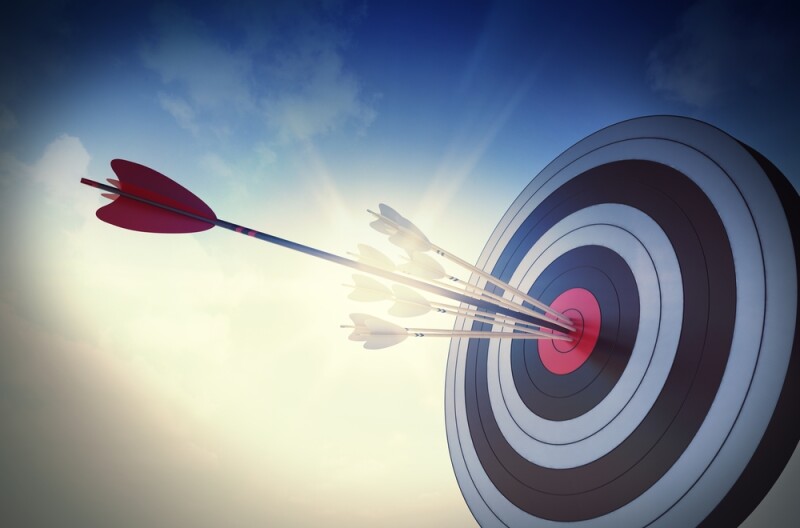 Better Science for Better Learning: Some Goals Work Better Than Others

There are many ways to write learning goals.

Imagine that you’re a tennis coach. One of your students can return only half the serves you send over the net, so you’ve asked her to set a learning goal. She brings you four possible goals and asks which will help her most. What do you recommend?

Did you jump right into comparing those numbers? If so, you’re missing something!

Research suggests that mastery-approach goals lead to better outcomes. In other words, we should encourage learners to write goals that relate to objectives achieved, not to failure or to comparison with other people. So, in our thought experiment, we should eliminate the tennis goal that invokes avoidance (missed serves) and performance (comparison to other students). Three possible goals remain:

How do we choose among them?

Long-term or difficult stretch goals set the bar high. There’s nuance about when a “Hail Mary” stretch can help or hurt goal achievement. But generally you can rely on common sense. For our tennis player, the two-year goal is a reach, both in difficulty and in time. A goal this arduous may frustrate her and reduce her motivation. On the other hand, the two-week goal is easy and won’t generate much improvement or reward. It’s the two-month moderate stretch that hits a sweet spot, both achievable and a challenge. Chances are that it will motivate the student to practice diligently and then, on completion, provide a sense of accomplishment that could lead her to reach for new stretches in the future.

We’ve identified the goal most likely to help our tennis player: “Within two months, she’ll be able to return 15 out of 20 serves.” We got there in two steps:

1. We discarded goals that were not written in mastery-approach format.
2. From those that remained, we chose a moderate stretch.

This advice goes far beyond tennis instruction. You can apply it wherever your company uses goals to drive improvement: skills acquisition, competency achievement, even sales quotas. Are your managers helping their direct reports grow with mastery-approach goals? Are your sales executives risking business results by demanding competitive, performance-avoidance quotas? Wait a minute! Are you undermining your own work by designing tests that are scored on a curve?

To learn more, look into Achievement Goals in the Workplace for additional depth around mastery and performance goals, and read Gamification of Task Performance With Leaderboards: a Goal-Setting experiment for useful ways to include competition (for example, performance goals) without weakening goal results.

About the Author
Douglas Lieberman

Douglas Lieberman offers short-term consulting and targeted problem solving for difficult challenges in skill building and behavior change. For more than a decade he was a member of IBM’s Center for Advanced Learning, where he led the award-winning, patent pending Adaptive Learner approach to innovative thinking, and he created the instructional standards for IBM Watson employees’ required online training in artificial intelligence. Now he works with IBM’s P-Tech initiative, bringing technical training to underserved populations around the world.