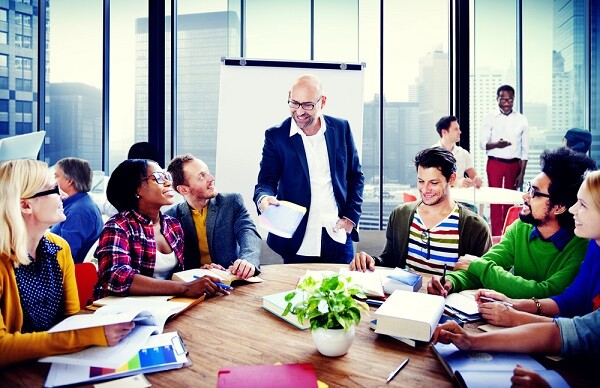 Better Together: The Neuroscience of Teams

More and more of today’s work is powered by teams. In fact, according to research from Ken Blanchard Companies, nearly 90 percent of today’s workers say that they spend a third to half of each day working in teams. Yet other research finds that 86 percent of employees and executives cite lack of effective teamwork and collaboration as the source of workplace failures. Add the challenge of remote teams and cross-cultural communication, and it’s no surprise that teams can make or break the competitive advantage of any organization.

Recent discoveries in neuroscience illuminate how we can build better and more effective teams. But in many cases, we are working against our biology and inadvertently setting teams up to fail, rather than harnessing the synergistic potential that exists.

Our brains are wired for connection, helping us create meaningful bonds and distinguish friend from foe. But how we build and manage teams can activate those brain structures for either trust and collaboration or conflict and competition.

Honor the Power of In-Person Interactions

While technology makes it possible for us to work with others through a video screen or phone, our brains were built for in-person interactions. Our brain reads meaning and intent in others through micromuscular changes in the face as well as body language and pheromone signals. Much of this information is lost when we are not in person, and even video loses the third dimension that can make the difference for accurately reading another’s meaning. When teams are in the early trust-building stage of their time together, prioritize in-person connections. If you can’t, then you need to counterbalance with more frequent and in-depth interactions.

Select or Develop Leaders Whose Strength Is Cultivating Collaboration

Leading a team requires both emotional intelligence and the ability to bring out the best in a group of others. Yet most team leaders are selected based on their successes as individual contributors, something that might actually harm the growth of the team if they don't know how to shift from performer to facilitator. Instead, look for the people who are already natural facilitators and amp up their team-leading abilities through training and coaching.

Study after study has shown that psychological safety is the key differentiator for thriving teams. Harvard Professor Amy Edmundson defines it as “a sense of confidence that the team will not embarrass, reject or punish someone for speaking up with ideas, questions, concerns or mistakes. It describes a team climate characterized by interpersonal trust and mutual respect in which people are comfortable being themselves.” That’s a tall order and all aspects are deeply rooted in our biology. The way in which a group of people is brought together and then set up to work together can either activate trust or build a climate of conflict and blame.

Hold Teams Accountable as a Unit

Working in teams can be challenging because we are bringing together a diverse range of work styles, skills, motivations, and personalities and then expecting them to work cohesively. But we make it more challenging when we undermine the motivation for working through our performance review process. The members of any team need to be held equally accountable for the success or failure of the team’s efforts. That’s the only way they can be authentically motivated to work through differences as well as recover from mistakes. When we get this wrong, we can activate learned helplessness, something that can cripple a function or organization for years.

About the Author
Britt Andreatta

Britt Andreatta is an internationally recognized thought leader who creates brain science–based solutions for today’s challenges. As CEO of 7th Mind Inc., she draws on her unique background in leadership, neuroscience, psychology, and learning to unlock the best in people and organizations. Andreatta has published several books on the brain science of success, including her most recent book, Wired to Grow: Harness the Power of Brain Science to Learn and Master Any Skill.
As the former chief learning officer for Lynda.com (now LinkedIn Learning), Andreatta is a seasoned professional with more than 25 years of experience. She regularly consults with businesses, universities, and nonprofit organizations on leadership development and learning strategy. She has more than 10 million views worldwide of her courses and is a TEDx speaker. Andreatta’s industry accolades include several prestigious awards from TD and Chief Learning Officer magazines, and she’s been named a Top 20 Influencer for 2020. To learn more, visit www.BrittAndreatta.com.