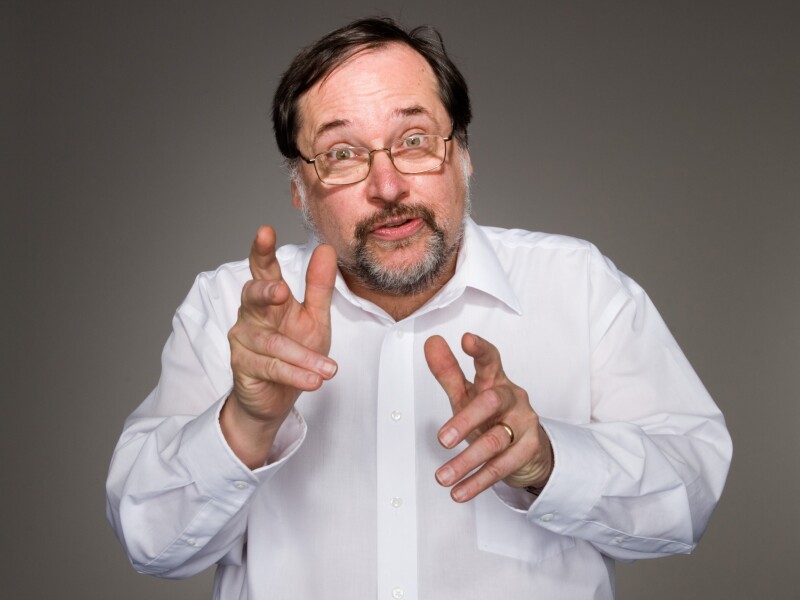 Brain Rules: What Science Says About How We Learn

Most of us have no idea what’s really going on inside our heads. Yet brain scientists have uncovered details every business leader, parent, and teacher should know—like the need for physical activity to get your brain working its best.

How do we learn? What exactly does stress do to our brains? Why is multitasking a myth? Why is it so easy to forget—and so important to repeat—new knowledge?

In Brain Rules, I share what scientists know for sure about how our brains work. Let’s take a closer look at five rules that influence the way we learn and perform at work.

1. Every Brain Is Wired Differently

What you do and learn in life physically changes what your brain looks like; it literally rewires it. Historically, science deemed that there were just seven categories of intelligence: linguistic, logic, kinesthetic, spatial, musical, interpersonal, and intrapersonal. But evolving science tells us that categories of intelligence may number more than 7 billion—roughly the population of the world.

In other words, no two people have the same brain, not even twins. This means every learner’s brain, every employee’s brain, and every customer’s brain is wired differently.

What we pay attention to is profoundly influenced by memory. Our previous experiences predict where we should pay attention. Culture matters, too. Whether in school or in business, these differences can greatly affect how an audience perceives a given presentation.

We pay attention to things like emotions and threats. For instance, regardless of who you are, the brain pays a great deal of attention to the question, Have I seen it before?

Meanwhile, mounting evidence reveals that the brain is not really capable of multitasking. We can talk and breathe, but when it comes to higher-level tasks, we just can’t do it. Case in point: Driving while talking on a cell phone is like driving drunk. The brain is a sequential processor, and large fractions of a second are consumed every time the brain switches tasks. This is why cell phone–talkers are a half-second slower to hit the brakes, and get in more wrecks.

Unfortunately, workplaces actually encourage this type of multitasking. Walk into any office and you’ll see people sending email, answering their phone, instant messaging, and so on—all at the same time. Research shows that error rates increase 50 percent with multitasking, and it takes people twice as long to do things.

3. Memories Are Volatile; Repeat to Remember

Did you know that the human brain can hold only about seven pieces of declarative information for less than 30 seconds? That’s why your brain can handle only a seven-digit phone number. If you want to extend the 30 seconds to a few minutes or even an hour or two, you will need to consistently re-expose yourself to the information. Indeed, memories are so volatile that you have to repeat to remember.

Think back to grade school and how you learned your multiplication tables. There was a lot of repetition, right? Well, that’s because it works. In fact, in partnership with the University of Washington and Seattle Pacific University, I tested this brain rule in real classrooms of third graders. They were asked to repeat their multiplication tables in the afternoons. The classrooms in the study did significantly better than the classrooms that did not have the repetition.

People can improve memory by elaborately encoding it during its initial moments. For example, many people have trouble remembering names. If during a training course, you need help remembering Mary, it helps to internally repeat more information about her. Think to yourself, “Mary is wearing a blue dress and my favorite color is blue.” It may seem counterintuitive at first, but study after study shows it improves your memory. This same concept can be used to remember any type of information.

4. Stress Changes the Way We Learn

The brain is built to deal with stress that lasts about 30 seconds. The brain is not designed for long-term stress—when you feel like you have no control. The saber-toothed tiger ate you or you ran away, but it was all over in less than a minute. If you have a bad boss, the saber-toothed tiger can be at your door for years, and you begin to deregulate. You can actually see the brain shrink under such pressure.
Advertisement

Stress damages virtually every kind of cognition that exists. It damages memory and executive function. It can hurt your motor skills. When you are stressed out over a long period of time, it even disrupts your immune response, and you get sick more often. Indeed, emotional stability is the single greatest predictor of success. The stress you experience will affect your performance at work.

5: We Are Designed to Never Stop Learning and Exploring

The desire to explore never leaves us, despite the classrooms and cubicles into which we are stuffed. Babies are the model of how we learn—not by passive reaction to the environment, but by active testing through observation, hypothesis, experimentation, and conclusion-making.

Thousands of experiments confirm that babies learn about their environment through a series of increasingly self-corrected ideas. They use fluid intelligence to extract information, then crystallize it into memory. Nobody teaches infants how to do this, yet they do it. They are scientists, and their laboratory is the whole world.

Exploratory behavior is a talent highly prized in the working world, too. What traits separate creative, visionary people who consistently conjure up financially successful ideas from less-imaginative managerial types who carry them out? Research by Clayton M. Christensen, Jeff Dyer, and Hal Gregersen explored that question and found that visionaries had in common five characteristics, which they termed innovator’s DNA. Here are the first three:

What is the biggest common denominator of these characteristics? A willingness to explore. The biggest enemy was the non-exploration-oriented system in which the innovators often found themselves. Google takes to heart the power of exploration—for 20 percent of their time, employees may go where their mind asks them to go. The proof is in the bottom line: Fully 50 percent of new products, including Gmail and Google News, came from “20 percent time.”

I’ve partnered with ATD to present a one-day workshop, The Learning Brain, that will help you cut through the hype to learn what really drives knowledge retention and performance. Join me December 11 in San Francisco to learn the science behind how to organize information and design visuals to ensure they are remembered and create environments that boost innovation and creativity. Register today.

About the Author
John Medina

Acknowledged as one of the most engaging and crowd-pleasing speakers in the world of neuroscience, John Medina is a developmental molecular biologist, a researcher, a professor, and the author of 10 books. His New York Times bestseller, Brain Rules: 12 Principles for Surviving at Work, Home and School has been celebrated as the standard handbook on understanding the brain and optimizing its performance. Brain Rules has been translated into more than 20 languages and selected as a textbook at numerous universities. John’s focus is on the genes behind brain development and psychiatric conditions. He has spent most of his professional life as an analytical research consultant, working primarily in the biotechnology and pharmaceutical industries on research related to mental health. He also consults with hospitals and healthcare facilities on designing brain-healthy environments that reduce staff stress and improve patient outcomes. John is an affiliate professor of bioengineering at the University of Washington School of Medicine. He is also the founding director of the Talaris Research Institute, which studies how infants encode and process information at the cognitive, cellular, and molecular level. His extensive study of the developing brain resulted in his most recent book, Brain Rules for Baby. John’s upcoming books, The Teenaged Brain and Your Aging Brain, further explore the brain’s life stages.

John and his team work collaboratively with clients to understand his audiences and tailor his presentations to fit specific interests and challenges. His high-energy keynotes consistently receive high ratings and resounding applause. As one corporate event committee chair praised, “He was the talk of the conference—a rare combination of brilliance and engaging presentation style.”

Mike Bondi
November 28, 2018 01:56 AM
My Mom knew that repetition would help me remember school work better. She encouraged it in elementary school. At the bus stop or on the train, she would ask me to recite grammar rules. Or multiplication tables. I realized that I remember well when i could visualize the concept.
Sorry! Something went wrong on our end. Please try again later.
wR
william Rose
November 23, 2018 01:39 AM
Amazing, I was not known to many things about my own brain. If memory is so volatile then how we can hold the detailed information for many years. Probably you are correct. We need to repeat the information regularly.
Please explain, How few people have different brain capabilities? Max Kutt, an expert content writer at BestOnlineAssignmentHelp states that he can remember his posts, word to word that he write. How this is possible ?