Brokering Peace in the War Over Deadlines 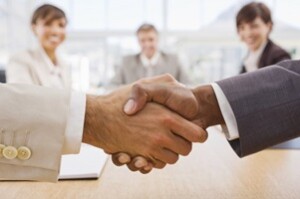 In my last post, I explored how certain personality differences--described by the Myers-Briggs Type Indicator ® (MBTI ®) assessment—give rise to an approach to work that is often confused with procrastination. MBTI preferences for either Perceiving (P) or Judging (J) describe how we organize the world, and at what point we want to make a final decision.

The tendency of those preferring P to usually wait to make a final decision until close to the deadline—and thus begin the actual production portion of a project later—is often mistakenly labeled as procrastination. This behavior stems from the need to gather as much information as possible before closing off any options, not from a lackadaisical approach to work. Although often misunderstood, their most effective and efficient energy actually comes close to the deadline or end of the project.

Those preferring Judging, on the other hand, are most efficient at the beginning of the project, and naturally employ a work style that incorporates making decisions and going into production mode much earlier in the process--a characteristic that our culture more frequently associates with productivity and efficiency.

Within teams, simply knowing that these differences exist can pave the way toward a less stressful, more productive work environment that enables individuals to more fully leverage their natural talents. However, intellectualizing J/P differences is one thing, but actually implementing changes that allow team members to deploy both work styles within the same project is quite another issue. Individuals can achieve top-notch results employing either approach, but teams can also encounter major problems if these radically different work styles aren’t effectively integrated.

Often in teambuilding we talk about “flexing” one’s preferences to work more effectively with someone with an opposite preference, which involves operating outside one’s preferred style. For most of us this is a growing experience and a necessary part of career development.

However, while flexing works quite well when bridging Introversion/Extraversion differences, for example, it is actually quite difficult to flex your work style between Judging and Perceiving without diminishing your effectiveness. Those preferring J who try to operate within a P work style will perform below their abilities, and vice versa.

Rather than expecting individuals to flex their natural styles, teams need to make structural trade-offs that will allow every member of the team to work within his or her own preferences.

The most immediate area where this can be applied involves deadlines and milestones. Both J and P preferences find deadlines to be a helpful tool in accomplishing goals. Yet the way that those preferring P approach deadlines may be confusing to J-preferring colleagues, and vice versa. Those who prefer P are averse to the kind of arbitrary or fake deadlines which are sometimes imposed by those with J preferences for the purpose of motivating their P colleagues going into production mode earlier in the process.

Meanwhile, those who prefer J might use deadlines as a tool to keep a project on track and are usually motivated to complete projects significantly before the deadline to avoid the last minute rush. Those preferring P tend to view deadlines as markers indicating the point at which something truly must be completed. This also helps them determine when they need to start working on the project in order to maximize their productivity—which for them is closer to the deadline.

Consequently, if J-preferring team members try to impose arbitrary deadlines on P-preferring colleagues as markers or motivators to keep a project on pace, they’ll know they really have more time, and will view these as “fake” and often won’t take them seriously. Furthermore, this creates a situation that likely forces those with P preferences to complete tasks early in the project, when they’re less productive because they haven’t had sufficient time to explore all the possibilities for the projects direction.

You can get better results from P-preferring colleagues by setting deadlines that accurately reflect a project’s realities, allowing them to plan their work in such a way that lets them get most of the project done at the end, when they’re most productive. When negotiating milestone dates, be sure that they are visibly tied to the real-life consequences of not meeting that deadline. If, for example, a client needs a set of blueprints by a certain date, the milestones should reflect the actual steps that need to be taken in order to make that happen--not just the J-preferences need to complete a project significantly before the actual deadline to allow time for revision.

Accepting a Larger View of What Constitutes “Reality”

On the flip side, those preferring P must appreciate that their J-preferring colleagues operate most efficiently on a more scheduled timeline. What’s more, they must respect the fact that some J preference team members may not do their best work when handed a project at the last minute.

So, if you must deliver a set of blueprints to a J-preferring colleague for review or iteration, understand that they really need to do this earlier in the process in order to offer their best, most efficient work. Adopt the point of view that this is not an arbitrarily early deadline, but rather one that is necessary to ensure the quality of the project. Be willing to set and adhere to milestones that accommodate the J’s need for more structure, and earlier project completion.

Furthermore, a P-preferring manager working with a predominantly J-preferring team must take into account that last minute changes to a project may have a profoundly negative effect on the group’s ability to deliver excellent results. J-preferring individuals tend to work along a more even pace, accomplishing a great deal of a project’s tasks near the beginning of the process. Throwing a last-minute curve ball at a team that primarily prefers P might be okay, because they don’t go fully into production mode until the end of a project. In other words, they’ve been spending their time getting their ducks in a row, and in manufacturing parlance, the “factory” hasn’t yet opened.

A predominantly J-preferring team, on the other hand, will have likely gone into production mode much earlier, so significant changes in direction can’t occur late in a project. It’s like asking a factory to produce canned carrots when it’s already started producing peas. If you want carrots, ask for them before the factory turns on its conveyor belts.