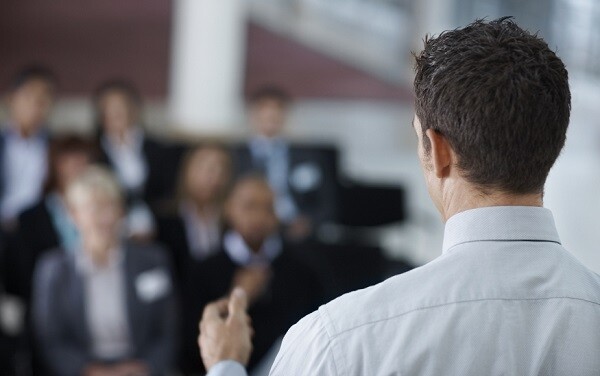 Code Switching: It's Not Always Proper to Speak Properly

Most books about public speaking have advice that includes something along the lines of “use proper grammar.” But we shouldn’t always follow that advice. Good grammar is not necessary to be an effective speaker; in fact, it can be harmful. Let me explain.

Have you heard of code switching? Code switching is mixing speech patterns as we communicate. It originally referred to the way multilingual speakers would mix two or more languages as they spoke; for example, in the following sentence, a speaker switches from the English code to the Spanish code: “I’d like to go, but no tengo dinero.” The term is used more broadly now to include adjusting speech patterns in all kinds of situations. For example, it is common for members of ethnic groups to speak differently within the group than when speaking to a more general audience, and for members of one generation to change the way they express themselves when speaking to members of a different generation. You probably adjust your speech style and vocabulary between the softball dugout and the workplace.

All speakers should work to narrow the gap between themselves and the audience. In Own Any Occasion, I talk about “connectors.” Connectors bring us closer to our audience and increase the impact of our messages. One type of connector is content additions, which connect the topic to the lives of the listeners. Another type of connector is code switching, which connects the speaker to the listeners. Good speakers can code switch. They can make stylistic changes to the way they speak that increase proximity to the audience.

But first, a couple of cautions.

I am not talking about pandering. Don’t adopt some forced style of speaking in an attempt to fool your audience. “I know you kids today are gnarly dudes who are all like totally, you know, hipsters.” That won’t work. Do adjust your speaking as necessary. Work on adjustments that flow naturally. A good communicator can easily switch from “We were going to like eat at the buffet but there was like this huge line and like tons of people so we were like ‘let’s just go’,” to “We were going to eat at the buffet but the line was too long, so we left.” Which version will be better for the situation? In some cases, the first version will bring you closer to your listeners, but in others, it will be off-putting.

Sometimes when I suggest code switching, people respond with, “But that’s not who I am! The way I talk is fine! I don’t need to pretend to be someone I’m not.” Making adaptations is not the same as being untrue to yourself. I dressed differently for my presentation at ATD’s International Conference & Exposition than I did when I went to the mini-mart for milk Saturday morning. Both outfits are versions of me. I have others—for the dugout, for bike tours, for an evening with friends, and so on. Because I have worked on code switching over the years, I have many speaking adaptations as well . . . verbal outfits, if you will, to put on as circumstances warrant.

The bottom line: Don’t fall for any advice that suggests good speakers always speak “properly.” Make adjustments to your style. Work on developing several speaking modes. Analyze the audience and feel free to match your talk to their preferences.

About the Author
Erik Palmer

Erik Palmer is an author and consultant from Colorado. In his previous careers, he spent time as a floor trader on a Chicago commodity exchange and managed a commodity trading office for a major Chicago brokerage firm, becoming the company’s national sales leader. Palmer moved into the classroom and became an educator. He was the teacher of the year in one of the nation’s top school districts. Now in his third career, Palmer brings his unique experiences to his work as a consultant, speaker, and author. He is a frequent keynote speaker at conferences for educators, educational leaders, and training professionals. He has led workshops across the United States and around the world. Palmer focuses on communication skills. He shows adults how to communicate well in business and social situations with an emphasis on teaching leaders how to become more effective speakers.

Palmer’s most recent book is Own Any Occasion: Mastering the Art of Speaking & Presenting. Other book include Well-Spoken: Teaching Speaking to All Students; Digitally Speaking: How to Improve Student Presentations with Technology; Teaching the Core Skills of Listening & Speaking; Researching in a Digital World; and Good Thinking: Teaching Argument, Persuasion, and Reasoning. Palmer is a program consultant on Houghton Mifflin Harcourt’s Into Reading and Into Literature language arts programs.
You can follow Erik on Twitter (@erik_palmer) or contact him through his website www.OwnAnyOccasion.com.